By Newz_Point (self media writer) | 7 months ago 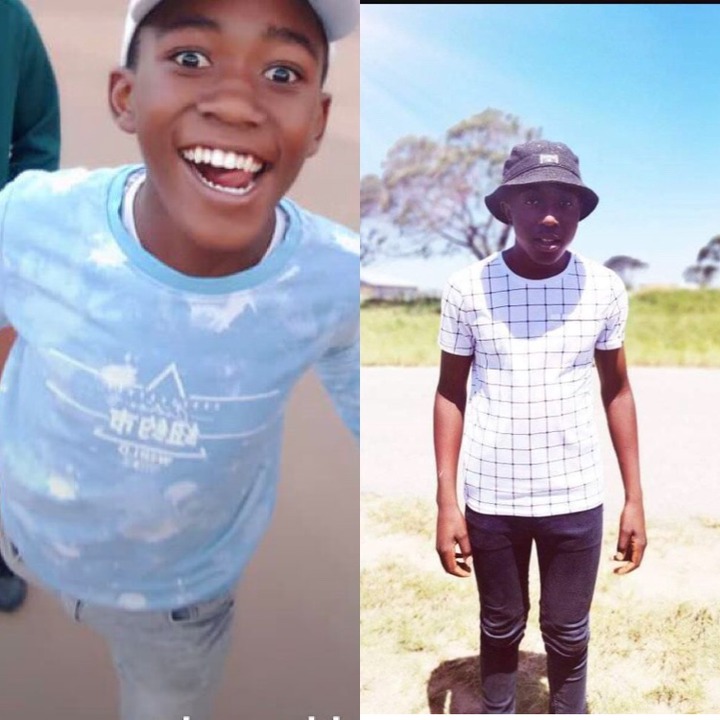 The relatives of two boys from Daveyton's Lesiba Secondary School have spoken out about their untimely deaths.

According to a recent statement released by the Department of Education, during an argument on the first day of school, a 16-year-old student from Daveyton in Ekurhuleni allegedly shot and killed a classmate before turning the gun on himself.

However, the families have stated that onthe 12th of January 2022, the two murdered lads, Njabulo Ndhlebe and Zukiso Majola, stole out of school during the school break to hang out at home with a third buddy (who shall remain anonymous to preserve his identity).

Majola showed his buddies his grandfather's rifle, which he had taken without his parents' knowledge during his December holidays. Majola's grandfather had a fondness for him, and Majola had taken the rifle in his memory.

Majola got the unloaded handgun, loaded it, and began playing with it in an attempt to impress his companions. The gun unintentionally went off when Ndhlebe was toying with it, shooting him behind the ear.

The third nameless friend fled to his house around the corner in shock and panic, and Majola went after him, pleading with him to help. The gunfire and the teenagers fleeing drew the attention of the neighbors, so members of the Chief Albert Luthuli Park community came out to confront the youngsters. 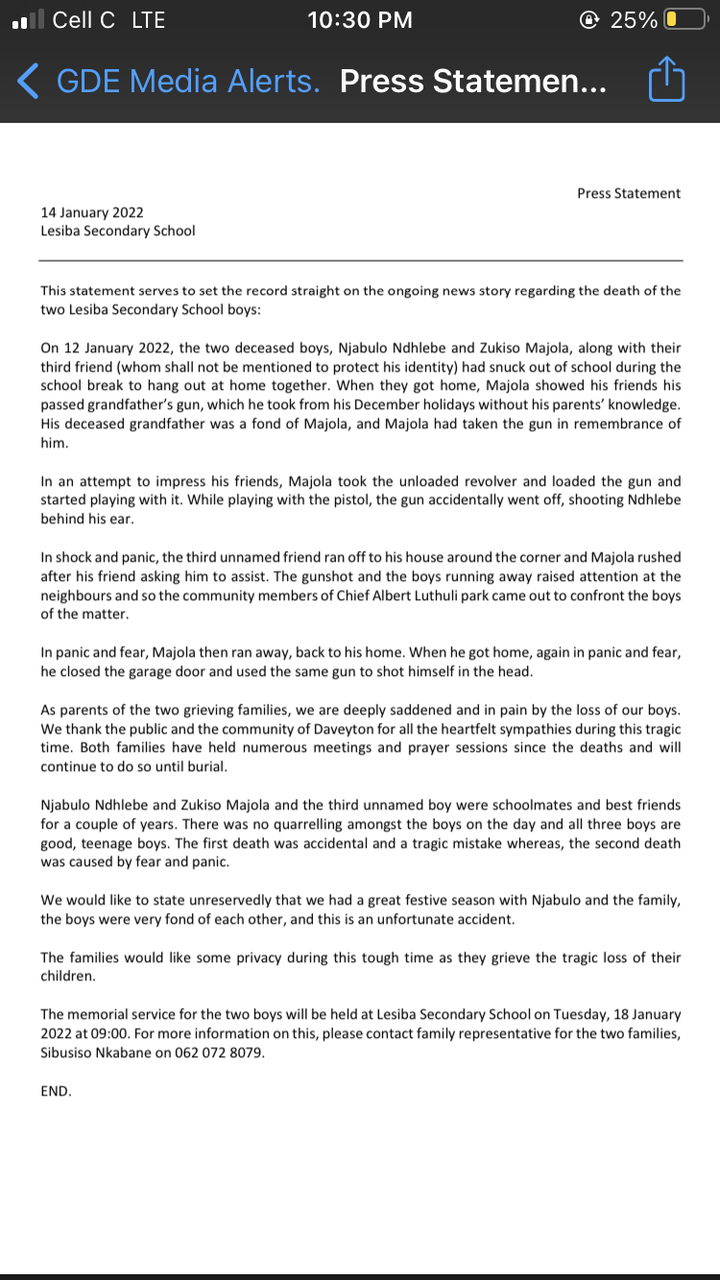