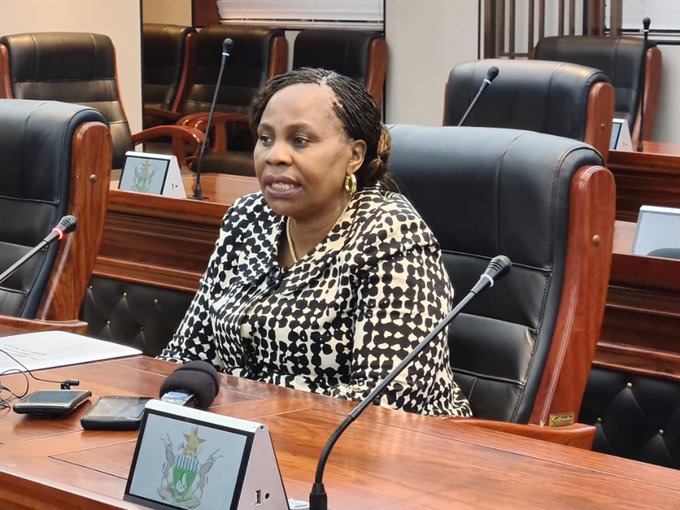 The Zimbabwean nationals will be heartbroken when they find out about what Minister Mutsvangwa shared yesterday concerning school children. Yesterday she said that 23 percent of children dropped out of school as a result of the economic challenges in Zimbabwe .

This was made known by the Government of Zimbabwe on Tuesday. This is devastating as it means that the opportunity for those children is lost forever , thereby loss of hope for a greater future generation.

The Minister of Information Mrs Monica Mutsvangwa informed the media after the session of the Cabinet.

She is reported to have highlighted that this conclusion was made after a research that was made in May 2021 by the Food and Nutrition Council , which was leading the Vulnerability Assessment Committee.

The research is reported to have indicated that financial difficulties as well as early pregnancies had contributed to the 23 percent dropout of children from schools.

The Parliamentary Portfolio Committee on Primary and Secondary education expressed concerns in recent weeks of the number of pregnancies that were recorded amongst children who were of school going age.

The 2020 academic year also saw many learners getting pregnant. The Vulnerability Assessment Committee made similar findings in their research in May which showed that 23 percent had dropped out of school as a result of getting pregnant and having financial challenges.

The Covid-19 pandemic is reported to have brought a lot of negativity to the people of Zimbabwe. It is revealed that there was a decrease in terms of support for the country from the developed partners.

As a result, this saw the Government of Zimbabwe reportedly playing a role of supporting 54 percent of the homes in Zimbabwe.

The Minister went on and reportedly claimed that support per household increased from US$30 in 2020, to US$75 in 2021.The Minister also reportedly touched on the issue of surging Covid-19 infections in the country whose weekly figures were described as being alarming.

There was an increase from 226 to 596 weekly infections from week ending 6 and 14 respectively. As a result, the Government of Zimbabwe was forced to implement a local shutdown in the country's hotspot areas which include Kariba , Hurungwe and Kwekwe.

The neighbouring country, South Africa which is experiencing a surge in Covid-19 daily infections has since placed the country on level 3 of lockdown in order to control the spread of Covid-19.

OPINION | One billion vaccines from China ? I think Africa must turn down this offer

Ramaphosa: Omicron proves that fourth wave is coming, Check how