KZN News || A Teacher Who Threatens Learners At School With A GUN in Deep Trouble: Check Full Report

A educator at a Durban, KwaZulu-Natal, school has just been accused of having a firearm and frequently pointing it at students. As per Isolezwe, an isiZulu news outlet, the woman, who instructs at Phambili Secondary School in Rossburgh, is using the gun to threaten her students.

Parents of students at the school have been urging the management to take intervention against the teacher and resolve her intimidation tactics. According to reports, the teacher also points the weapon at other teachers at the school. 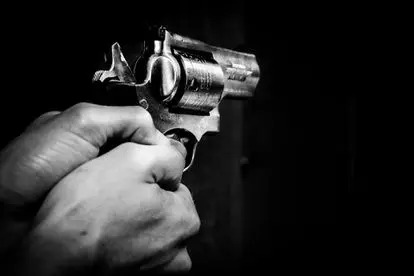 Families In KwaZulu-Natal Confront The Accused

According to the journal, families were so tired of dealing with the teacher that they barged in her classroom on Monday and addressed her about supposedly carrying a gun to the KZN school.

The parents literally knocked on her door with the intention of forcibly removing her from the school grounds, but she did not appear.

On request to remain anonymous, Isolezwe spoke with a parent who expressed outrage with the issue, indicating the teacher was consistently accused of misconduct, but the school has been unable to take serious measures.

We're sick of this teacher, and we are tired this teacher who carries a gun at school. Have you witness a child being disciplined by gunfire? We simply stand by what we say; we want the educator to leave as soon as possible, not tomorrow," the parent said to the publication.

Surprise Makhethwa, the chairman of the school's ruling body, furthermore stated that she needed to leave.

"We will not have an instructor that does anything on premises because we have our kids who we have brought here who we would like to see have a promising future," he is quoted.

The KZN education organization has criticised this issue, stating that educators are not permitted to bring weapons, let alone a firearms, to school. The department plans to visit the school to meet with the principal and determine if any progress is being made against the teacher.