Next on Skeem Saam: Tuesday 31 May 2022 – Class dismissed as the grade 8 class is suspended

By ZakeAurora (self media writer) | 2 months ago 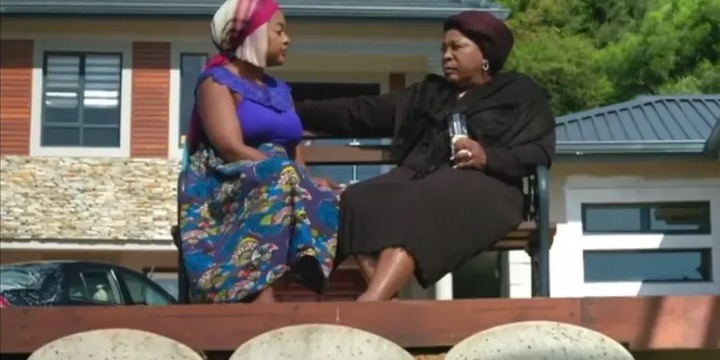 Let's go over what happened in the previous episode.

Magongwa is deafeningly deafened A dumb prank perpetrated by grade 8 students at Turfloop High School has turned into a possible criminal offense. Magongwa has charged the Principal with plotting to blind him.

In the last episode, Dr. Thobagale attempted to fulfill her job as Alfred's doctor, and Alfred lost it. He accused her of collaborating with her mother to complete the task and assassinate him.

Mr. Kgomo walked in on the commotion and sided with Magongwa. Celia is on the rampage as well; she attacked Principal Thobagale for the second time when she walked in on her when she was at an event. While they're in there, one of the members reveals that Magongwa is blind, according to Turf rumor. Celia quickly suspects Elizabeth of informing her mother, causing Me Kgomo to become even more upset.

After Glenda accused Elizabeth of assault and provided patient information about Zamokuhle, Kgomo almost fired her. Celia is hoping for a different perspective on it.

Meanwhile, the teachers at Turf High are terrified of their kids. No one wants to go to that class and teach, especially now. Evelyn has yet to be seen, despite the fact that her argument with the Principal was nearly physical. Thobakgale has been summoned to the large offices, and she has begun to pack her office, mistaking this for a suspension.

Eunice is yet to be found, and her father has been shot in the back of the head. The ramifications of her actions have wreaked havoc on her monetary account. She went away after stealing Alfios' phone. Kgosi also remembers Eunice giving Koloi money.

The next episode of Skeem Saam School is now available.

It's the last day of school. For the instructors, the Grade 8 class of 2022 is the class of horrors, and things quickly got real. Except for Paxton Kgomo, it's hard to think these youngsters were in primary school just a few months ago. Manaka decided to close the grade 8 class till further notice after discussing the situation with Magongwa and other school teachers.

Principal Thobakgale was summoned by the Department of Education yesterday, and she has now been called by the police. Celia may have gone to the cops to have the Principal arrested for Magongwa's assault.

Eunice has been away for a few days and has just reappeared, possibly ready to face the repercussions of her actions during the last few weeks.

Skeem Saam airs on SABC1 every Monday to Friday at 18h30.