Earlier on Monday, the current minister of Transport and widely known prominent member of the ANC, Fikile Mbalula and the board chairperson of Sanral addressed the media regarding the news that the road agency has reportedly cancelled tenders that are reported to have cost about billions of Rands. The board chairperson of Sanral indicated that the road agency couldn't state with certainty that there was corruption involved in billions of rands worth of tenders that it cancelled. 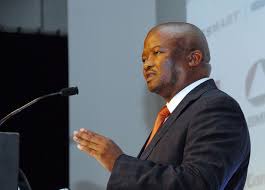 It has since emerged that the board of Sanral didn't approve four tenders which the awarding of those tenders were valued at R10.6 billion. Apparently the total value of cancelled tenders amounted to R17.47 billion. However, it has been reported that those tenders which were cancelled will be readvertised, and allocated within the next four months.

The current minister of Transport Fikile Mbalula on Monday vowed that he cannot be bought. 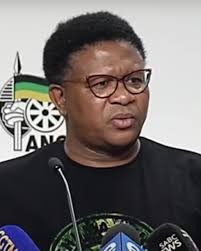 And the leader of the United Democratic Movement, Bantu Holomisa shared a news24 article which talked in details about the recent developments within Sanral. And the UDM reacted to the article by saying he is waiting.

In his own words, Bantu Holomisa said

"We are waiting Mbaks — Shaaaaappppaaaa. But don’t get involved in the allocation of tenders either. Ask the Auditor General to spearhead the readvertized process."