The ANC NEC appears to be in battle with Carl Niehaus, its suspended member. Niehaus posted the communique which he received from the ANC General Manager Febe Potgieter in which instructs him to change his whatsapp profile photo. 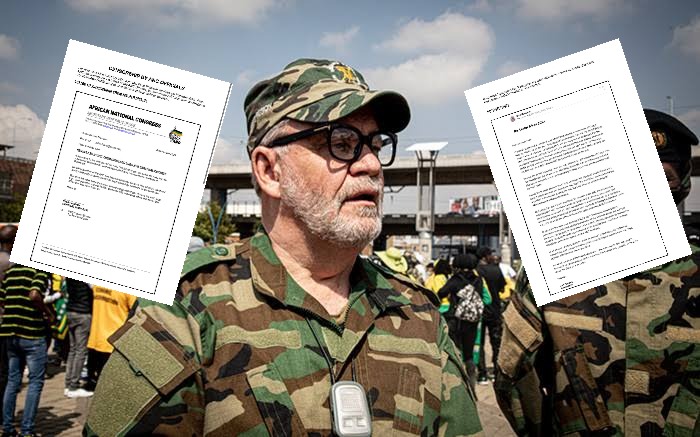 Niehaus has posted the letter which is dated 08 November as he received it from Febe Potgieter, the General Manager at ANC Luthuli House.

The letter states that no ANC member is allowed to use the logo for personal campaigns and states that Niehaus is therefore instructed to remove the profile picture as it has the ANC Logo in it.

Niehaus therefore responded to the letter of which he stated that he would remove his profile photo but questioned where in the ANC constitution does it mention whatsapp profile photos and states that the constitution does allow for members to protests against an official they do not see fit for the position in which they are holding.

Niehaus also addresses the issue of the election results in his reply as he states that the officials should have rather put their energy on assessing the damage caused during the elections and not focusing on checking whatsapp profile photos of individuals.

In his defence, Niehaus states that there are many people who have often used the ANC logo in their own person campaign whether when they call on for a leader to rise or to fall.

In his letter, Niehaus stated that he would issue out this letter from Febe Potgieter to the public for them to see that he has been instructed by the officials about his whatsapp profile photo.

Do you think this is a petty fight amongst the ANC officials? 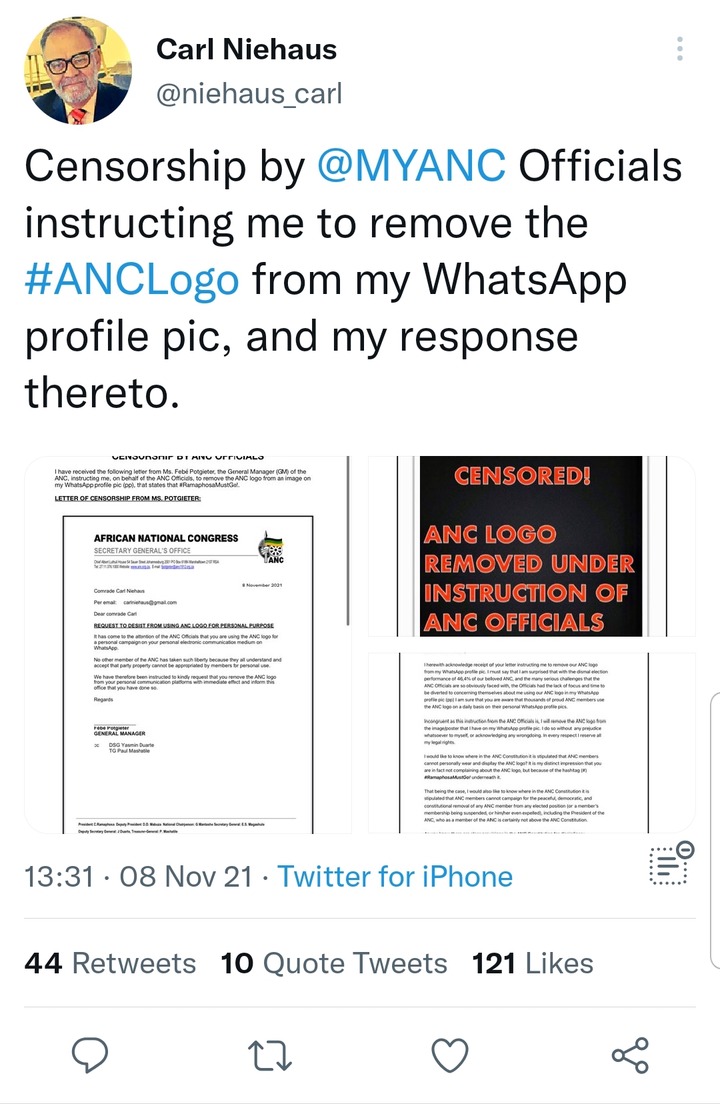 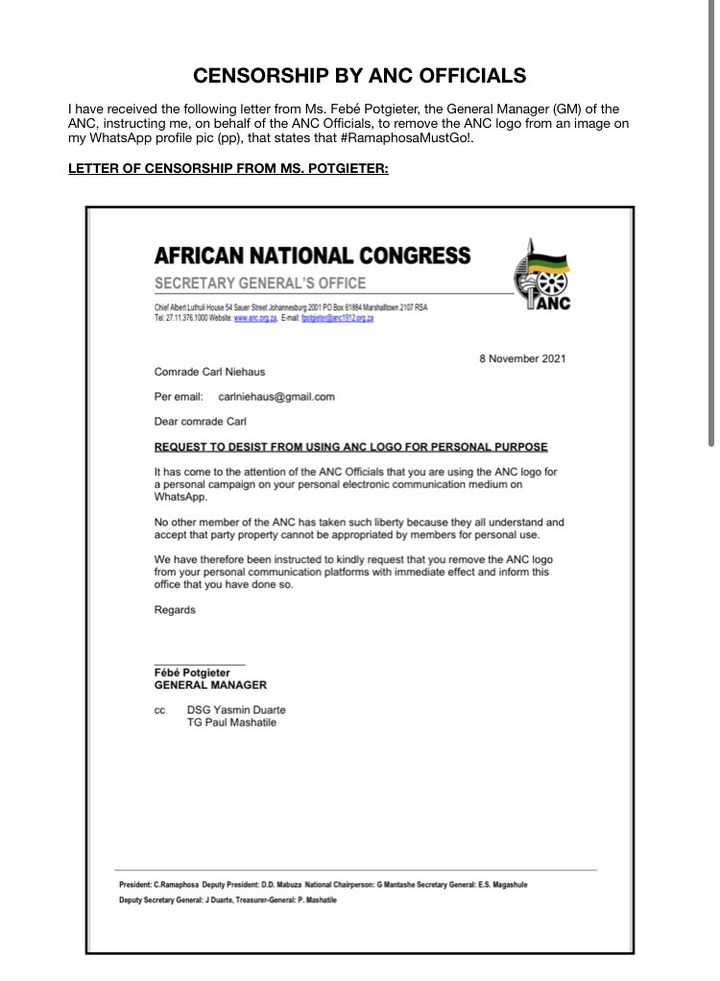 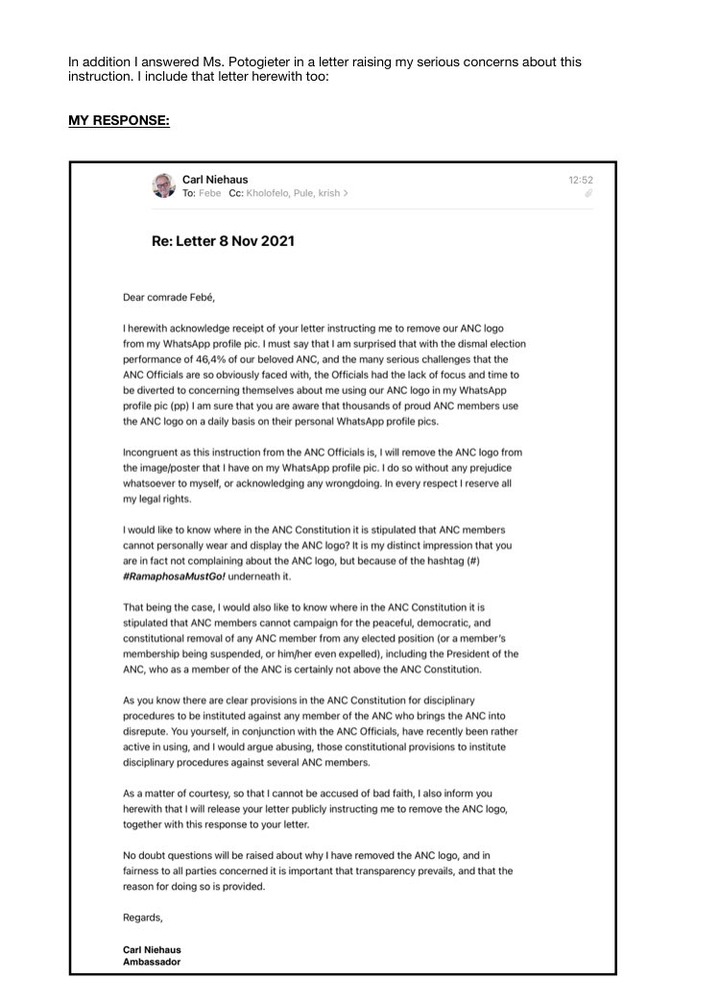