Carl Niehaus has issued a letter to the ANC Secretary General, Jessie Duarte, which comes from his attorneys as they demand for ANC to honour its liabilities. Niehaus posted the letter publicly and stated that it had been sent to the ANC SG. The letter threatens to take the ANC to court in 10 days should it fail to honour.

The letter states that this this comes after Niehaus laid criminal charges against senior ANC office holders. The letter states that Niehaus has also reported the ANC to the public protector to take action against the party for having failed to make provisions for provident fund for its staff members.

The letter states that legal actions need to be taken to declare the ANC insolvent if it continues to fail to pay its staff members their long overdue salaries.

In the letter, Niehaus states that this is the result of poor management from the ANC leadership. 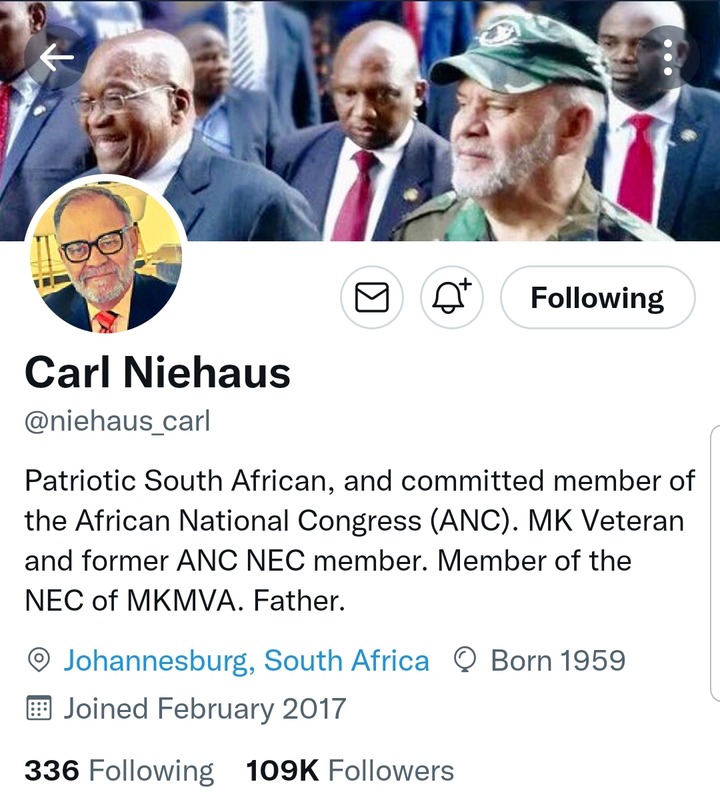 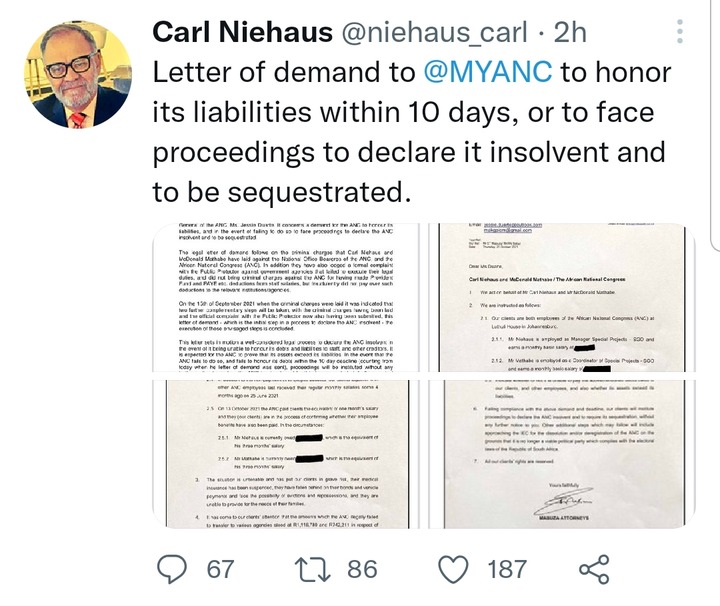 Remember the former Pirates Striker Ndoro? :See What he provided regarding health update

30 pictures that will make you laugh higher than ever

Gloves are off: Ace Magashule swing back at NPA demands that his charges must be dropped or else