Top 10 Most Modern Cities In The World 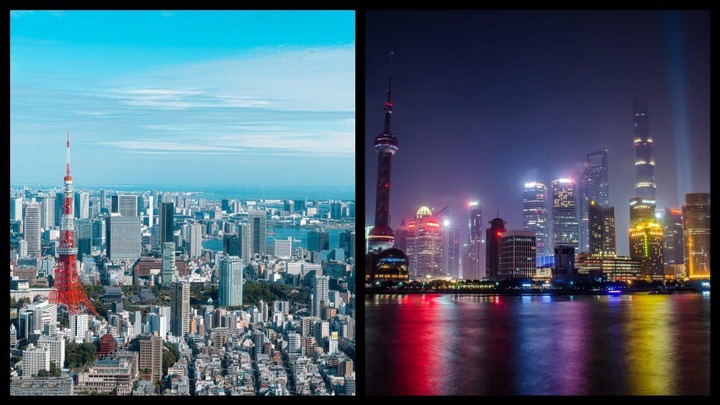 Kicking off our list of the most modern cities in the world is Stockholm, the capital of Sweden.

Spread across 14 islands, Stockholm has a thriving economy, advanced tech companies, and a vast number of startups.

9. Hong Kong – one of the most densely populated cities

Hong Kong may be, for many, one of the primary places that come to mind when you envision modernity.

As one of the most densely populated cities globally, Hong Kong is known for its huge skyscrapers, glittering neon lights, 24-hour action, and busy central district.

8. London, UK – once perhaps the most modern city in the world

Once hailed as perhaps the most modern city in the world, the UK capital has slipped to eighth position. However, London still has plenty going for it in terms of modernity.

A world-leading economy, the city itself perfectly blends historical and modern architecture to create a truly unique feel.

7. San Francisco, USA – the most modern city in the States

San Francisco is the only American city to make the top ten most modern global cities.

Known as the tech hub of the States, home to the famed Silicon Valley, many of the modern advances we use today have come out of this thriving city.

6. Shanghai, China – one of the leading economic centres of the world

Shanghai is the most populated city in China, boasting an incredible population of over 14 million residents.

Home to an ever-growing financial centre, Shanghai is one of the leading economies of the world. Adding to the city’s modern feel is the abundance of towering glass skyscrapers, modern architecture, and glittering bright lights.

5. Seoul, South Korea – one of the most modern cities in the world

The capital of South Korea has come on leaps and bounds in the last 50 years to become one of the most modern cities in the world.

Following the devastation of the Korean War, many people chose to relocate from the country’s rural areas to the city.

Now, almost 20% of the country’s entire population live in Seoul, meaning huge amounts of investment and urban planning has been focused on the capital.

4. Bangalore, India – the centre of IT in India

Bangalore is the most modern city in India, thanks to its innovative spirit and expansive IT sector.

Home to a wealth of hardworking engineers, western tech companies such as Dell and many others moved their head offices to this thriving city. Now, the city is home to various tech startups, research institutes, and an expanding biotech industry.

The Finnish capital city may come as a surprise addition to many as one of the world’s most modern cities, but this thriving city has been taking great strides towards modernity.

Some of the most modern aspects of Helsinki include its progressive social attitudes, modern Scandinavian architecture, and impressive advances in technology and internet access.

This city-state of Singapore has become, in recent years, one of the most modern cities not only in Asia but across the world.

After gaining independence in 1965, this city-state has been focused on the future. Singapore is not only one of the richest countries in the world. Rather, it is also known as one of the most progressive.

From towering skyscrapers made of glass to striking modern architecture, including an impressive yet terrifying floating infinity pool, the feeling of modernity is all around.

1. Tokyo, Japan – the undisputed modern city of the world

Known for its futuristic approach and innovative use of digital technology in everyday life, Tokyo tops our list of the most modern cities in the world.

Contemporary design, towering skyscrapers, and neon lights can be found all across the city. Meanwhile, Japanese technological advances have a far-reaching impact worldwide, from the latest smartphones to high tech vehicles.

Tokyo has a highly efficient transport system and futuristic dating rituals. Thus, this advanced city is years ahead of the rest of the world in numerous areas.

4 Unbelievable Clouds Captured In The Heavens, See Their Meaning

These 6 Photos Will Have You Thinking You Are Drunk, Open To See

Residents Urged To Use Water Cautiously.