“I am your boy in charge of Ok Foods Your Majesty”.

Lincon Motsa, the Director of Linac Investments trading as Ok Foods confirmed that he was just King Mswati’s ‘boy’ in charge of the Supermarkets.

This Swaziland News obtained an analysis of the videos and speeches of businesspeople, the King and Government officials during the launch of the Re-construction programme. 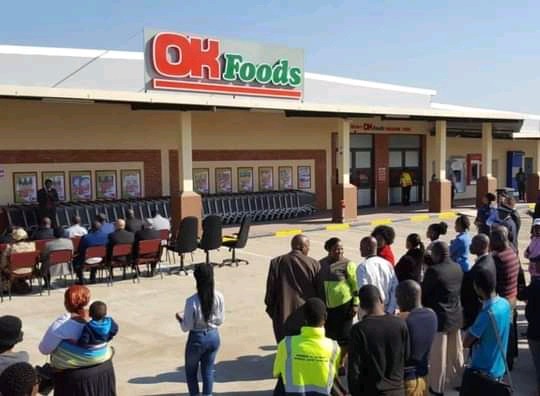 King Mswati allegedly owns shares directly and indirectly in various companies in the retail industry, mining, telecoms, agriculture and hospitality among others.

“Your Majesty nginguMfana wakho lobuke letitolo taka-Ok”, said the businessman when speaking on behalf of the businesspeople who are expected to benefit from the over R500million re-construction programme fund.

The fund was established to assist companies whose properties were destroyed during the recent political unrest.

But it appeared that even though the money was donated by public companies, it will in one way or the other go back to the King as many companies in the country are linked to him and his royal family.

In an earlier interview with this publication, Johannes Manikela, the Chairman of the Federation of Eswatini Business Community(FESBC) in the Hhohho region said it was affecting them as businesspeople that royalty was getting involved in various companies.

However, he said it was difficult to identify the companies as members of the royal family were using individuals to run the companies who held shares their behalf.