South Africans are in for a petrol price sh0ck. READ

South African motorists should expect a massive hike in petrol costs in June, according to analysts and economists, since the government's General Fuel Levy intervention is expected to stop.

Petrol vehicle owners got a small break in May, with prices dropping 12 cents per litre for the month. However, this was only achievable because the government's assistance covered the costs. Finance Minister Enoch Godongwana announced in March 2022 that the country's reserves will be used to cut the general fuel levy (GFL) included in the basic gasoline price by R1.50 per litre for the period 6 April to 31 May 2022. 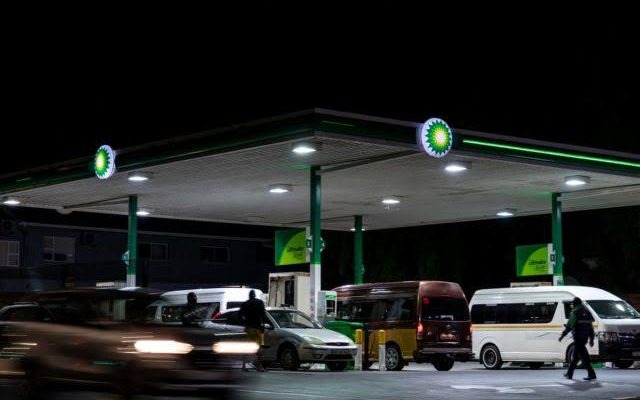 While it is unclear whether the intervention's deadline (31 May) implies it will be in place for June's gasoline price changes, analysts predict that motorists will have to contend with the R1.50 charge being incorporated back into the overall price. "The government granted temporary help by lowering the GFL, but this relief will expire at the end of May or early June. "If the GFL returns to its established rate, petrol and diesel prices would almost likely rise by another R1.50 per litre," according to the Automobile Association.

"The question now is how the government intends to cope with the fuel price in the future, and how this will finally result in long-term relief for South African consumers." Absa economists have already factored in the hike, and the bank also expects fuel tax increases in the coming year as part of the National Treasury's annual adjustments.

The only way to alleviate the pain of the R1.50 levy being reinstated in fuel prices is to hope for a recovery in the rand and lower oil prices. However, the rand has taken a beating against a resurgent dollar in the first week of May, while oil prices have remained stubbornly high.

The Central Energy Fund's early-month survey demonstrates that both of these variables — a lower rand and a higher oil price – create a grim picture for local gasoline costs in the coming months. With the government's intervention remaining in place, daily over/under-recoveries suggest an R1.70 per litre hike for petrol and R2.00 per litre for diesel.

The daily snapshot is not predictive and merely indicates price swings based on daily patterns; a lot can happen between now and the end of the month, when gasoline price adjustments are made.

It does, however, indicate to a concerning outcome for the June gasoline price changes. The market will not be able to withstand the resumption of the R1.50 gasoline charge unless the rand and oil price trends completely reverse and swing into an over-recovery.

If current trends continue – or deteriorate – motorists should expect another R1.50 increase in fuel and diesel costs, as well as an R3-plus per litre increase.

This week, the rand has lost ground versus the dollar, which has gained strength due to fears about slowing global economic growth, rising interest rates, and conflict threats, resulting in increased market volatility. According to Bloomberg, the dollar surged against all of its key counterparts as China's Covid lockdowns, increasing inflation, and a weakening global growth outlook bolstered demand for the currency as a safe haven.

While the rand fought its way back against the dollar in the middle of last week, hitting as high as R15.43 per dollar, the trend has now reversed, and the local currency is again trading at over R16 per dollar (9 May).

The price of oil is also rising, which has a substantial impact on global and local fuel prices.

The invasion of Ukraine by Russia has primarily influenced global oil prices, raising supply concerns — particularly as the European Union attempts to prohibit the use of Russian oil as a sanction against the war.

According to economists at the Bureau of Economic Research (BER), the EU's proposed restriction on Russian oil exports might push crude oil prices further higher.

"Despite concerns about global growth, Brent crude oil prices climbed for the second week as the EU moved closer to prohibiting Russian oil imports. The EU is still working out how to persuade some hesitant member states, but it plans to phase out Russian crude oil supply in six months and oil products by the end of 2022, according to the BER.

Since the start of the war, the price of oil has remained above $100 per barrel. It has been trending towards $110 a barrel over the last week.

What can be done about it?

Avhapfani Tshifularo, executive director of the South African Petroleum Industry Association (SAPIA), told ENCA in March that South Africans cannot rely on or expect on market changes such as oil price and rand strength to safeguard them from price increases.

He claimed that fuel prices are influenced by factors outside of South Africa's boundaries, and that the country can do little about it. He believes that for customers to feel relief at the pump, the fundamental fuel price must fall.

Following the R1.50 intervention, the government has identified a broad range of further interventions that would be explored, including a review of the basic fuel price.