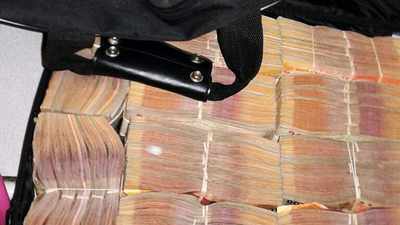 GOVERNMENT is dismissing reports that Treasury has refused to release the R1 billion disaster, announced by President Cyril Ramaphosa to help in the aftermath of floods in KwaZulu-Natal, and the Eastern Cape.

Government spokeswoman Phumla Williams said there was nothing the DA said at a press conference that the disaster money would not be released or help those in need.

He also mentioned that the government has made plans to provide assistance to the community and a plan has been put in place to rebuild and repair the affected areas.

"The plan must be followed before the R1 billion announced by the president will be released. The budget of the departments had to be revised to accelerate the programs to assist the affected communities.

“So there has been no delay in releasing the money. There are plans for provincial departments and municipalities to apply to the National Disaster Management Center and the Department of Human Settlements for treasury. The money will be released once the treasury has considered the application, ”said Ms Williams.

She said the use of the funds would continue to be monitored as the applicant departments would follow the prescribed procedures.

“There are structures in which the auditor-general is responsible for auditing the financial performance. We urge the various parties to speak the truth and not create unnecessary fear. Since the floods the government has been in the community providing relief. We do not want anyone to be left behind when it comes to helping the victims. ”

DA KwaZulu-Natal leader Francois Rodgers, at a party meeting this week, said the treasurer was reluctant to release money to the province a month after the floods. He said departments would need to review the budget to meet the costs of the floods.

He said the province had not yet submitted a list of activities and how the money would be spent, adding that KwaZulu-Natal needed to spend R300 million on reserves in the event of a disaster.