Cape Town Residents Will Hit The Beach On Sunday In Protest Against This.

Residents of Cape Town will take to the beach on Sunday to express their displeasure at this. 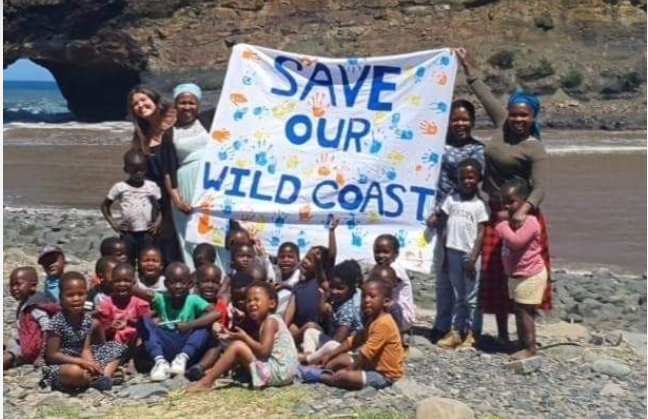 Residents of Cape Town will take to the beach on Sunday to demonstrate their opposition to Shell's offshore drilling plans along the Wild Coast.

The international corporation announced last week that it will begin conducting a seismic survey for oil and gas along South Africa's environmentally sensitive Wild Coast on December 1, pending authorisation from the government.

The survey's announcement has sparked enormous public outcry, which has sparked a petition movement to put an end to it.

Oceans Not Oil, which bills itself as "the public's voice against offshore oil and gas development," has been at the forefront of the campaign and is the organizer of the silent protest beach walk from Muizenberg beach to Kalk Bay port on Sunday, September 16.

Shell claims that its exploration is being driven by the government's Operation Phakisa, which is focused on uncovering the economic potential of South Africa's waters.

According to the government, Operation Phakisa could contribute up to R177 billion to the GDP by 2033 and provide between 800,000 and one million direct jobs by that time.

"Many aquatic species, including whales, dolphins, seals, penguins, sharks, and even crabs and tiny shellfish, might be harmed in the coming months," says the National Geographic.

"At a time when world leaders are making promises and decisions to transition away from fossil fuels, Operation Phakisa is working harder than ever to secure a local supply of natural gas."

There are more than 136,000 signatures on Oceans Not Oil's petition, which calls on the minister of forestry, fisheries, and the environment, Barbara Creecy, to rescind permission of Shell's application to drill in the Arctic.

In an interview with the Sunday Times last week, Shell stated that it had followed the consultation process, which included a series of face-to-face discussions with interested and impacted organizations, as well as talks with provincial environmental authorities and traditional leaders in the region. According to the statement, environmental approval from the government was secured in 2014.

"In 2020, impartial specialists conducted an environmental compliance audit to ensure that the controls and mitigation measures... were still sufficient and valid."

Shell stated that it implemented strict controls and followed international best practices for seismic activities, which were derived from the Joint Nature Conservation Committee recommendations for seismic operations.