Because of the business deals it has in the United States, Glencore was found to be in an offline position and was subject to a significant penalties as a result. As a consequence of this, South Africans started to believe the allegations made by Brian Molefe during the State Capture Inquiry that Glencore, a massive company that is responsible for the prices of minerals, oil, and metals, conspired with President Cyril Ramaphosa to extort money from Eskom. Molefe claimed that Glencore worked with Ramaphosa to get the money. 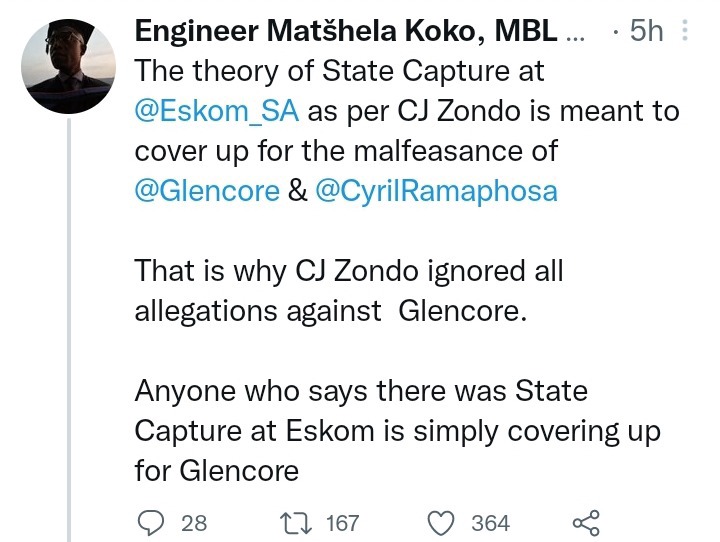 Molefe's accusations were then brought to the attention of the chairperson of the State Capture Inquiry, Chief Justice Raymond Zondo, who was accused of turning a blind eye to the charges. Since then, there has been a major scandal, which has been compounded by the fact that Public Protector Busisiwe Mkhwebane was removed from her position.

Koko Matshela, the former boss of Eskom, has taken to Twitter in order to accuse Chief Justice Zondo of ignoring allegations that have been made against Glencore. This accusation comes at a time when the country is experiencing lengthy hours of load-shedding. Koko claims that the misbehavior that took place between Ramaphosa and Glencore is being covered up by using Eskom as a scapegoat.

In addition, he claims that anyone who suggests that there was state takeover at the power utility is trying to hide Glencore's involvement. 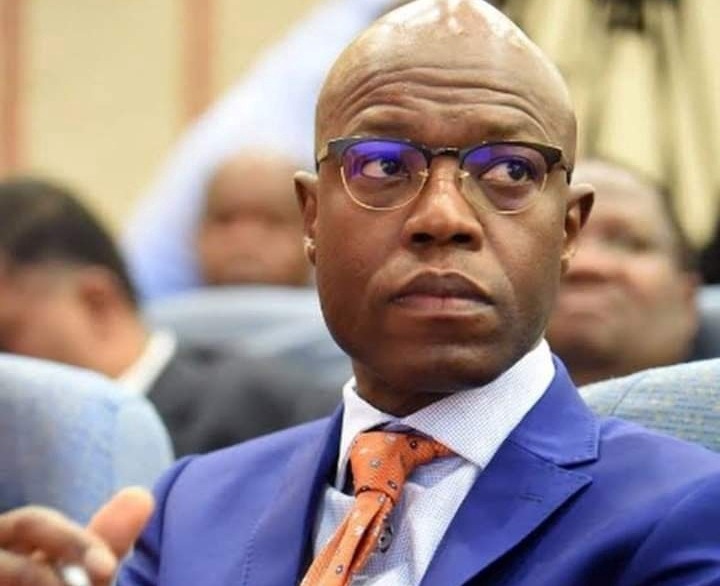 If what Molefe says is true, then there is a chance that Glencore is the organization that is responsible for the rolling blackouts that have been occurring across the country. If such is the case, then the question becomes: why was it cleared of blame?

There must have been state capture in which certain corporations extracted money from South Africa, and it is quite strange that when the United States found Glencore guilty of maladministration in my developing countries, the Swiss company was found innocent in South Africa. In South Africa.

Matshela is absolutely correct. There is more to this topic than initially appears to be the case.

Boil Milk and Garlic Together And Consume A Cup Each Day, To Solve These Health Issues (opinion)