The 330m Elandra Denali, carrying up to 2-million barrels of crude from Russia’s Black Sea port of Novorossiysk, was travelling at 10.3 knots due west of Alexander Bay and scheduled to arrive at the west coast harbour at 6pm today, according to marine traffic information.

The ship is being monitored by global freight and news organisations in light of efforts to impose sanctions against Russia for its invasion of Ukraine. Satellite data yesterday showed the ship at the edge of SA’s exclusive economic zone, which extends 200 nautical miles (370km) from the coast.

Oil exports are a major component of the Russian economy but crude-laden ships are bypassing many ports where Russian crude is no longer welcome.

SA, which has close economic and political ties with Russia, has not joined the international embargo and has remained neutral in the conflict.

It is not clear why the vessel is heading to Saldanha. Officially, the ship is due to call “for orders” but private and public oil industry representatives deny any link to the cargo. SA’s Strategic Fuel Fund (SFF), which manages a huge crude oil storage facility in Saldanha, said it had no knowledge of the Elandra Denali. “The SFF has not been requested to discharge any vessel,” said Jacky Mashapu, corporate affairs manager for the Central Energy Fund, which manages the SFF store. The other potential storage facility, Mining Oil & Gas, says it is unaware of any Russian crude heading for Saldanha.

The South African Maritime Safety Authority, which authorises offshore ship-toship oil transfers, says there has been no application for a transfer in Saldanha. Transnet National Ports Authority did not respond to questions. 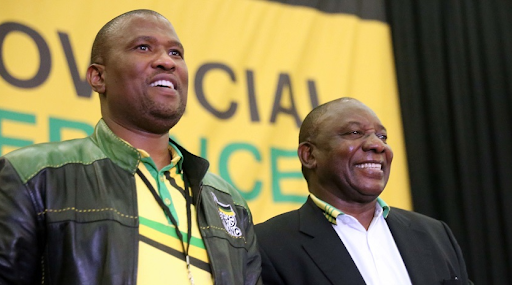 “It would be a sad day if South Africa was taking in Russian oil at Saldanha oil storage facility. In our view, Vladimir Putin is an antiworker and anti-communist thug who is acting in the pure interests of corrupt Russian oligarchs,” he said.

Andy Lipow of Lipow Energy Associates told maritime website American Shipper: “The only reason for an oil tanker to go to Saldanha Bay is to unload the oil into storage.”