South African farmer sells his bull for a record R420 000. There is money in farming

By Nomsaa (self media writer) | 5 months ago

There is money in farming. Especially if you have a Bonsmara bull.

An Eastern Cape farmer smiled all the way to the bank after selling his Bonsmara bull setting a new record for the sought-after breed.

He sold it for a whopping R420,000 at the 16th Frontier Bonsmara sale at Hobson & Co in Makhanda.

A total of 349 animals were sold at the landmark annual event that draws bidders from around the country who are looking for quality breeding stock. 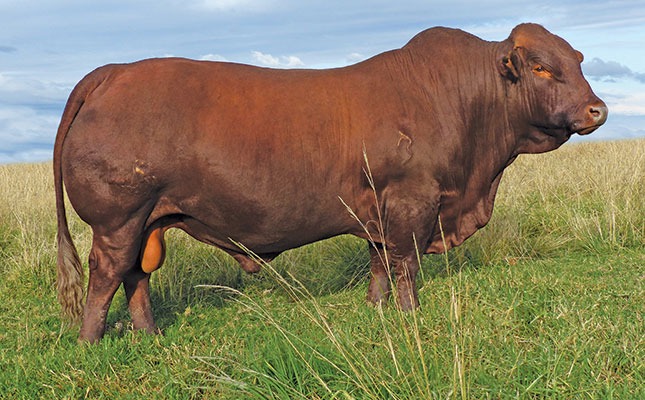 Frontier Bonsmaras is a partnership of five successful farming operations in the Eastern Cape.

According to the outcome of a SA research programme in the 1960s, Bonsmaras are considered a success in scientific breeding.

They are resistant to drought, parasites and disease. The beef breed is a cross between Afrikander, Hereford and Shorthorn.

The top-priced bull, Lot 12, was bred by Justin Stirk and sold to Leon-fritz Riekert of LFR Stud in Roedtan, Limpopo, with Paul Maré and Benjamin Bosch.

The auction last week saw a clearance of all cattle on sale, “by far our biggest sale yet”, Frontier Bonsmaras said.

“It was a great sale,” Stirk said. The previous record Eastern Cape price for a Bonsmara bull was R180,000 at the Frontier Bonsmara auction in Makhanda in August 2014. In 2018, a Bonsmara bull went for R1.8m in Kwazulunatal.