Istanbul Cevahir, located on the European side of Istanbul, is Europe’s largest shopping center with an area of about 4.5 million square feet (420,000 square meters) – and thus barely saves this list from being only about venues found in Asia.

This impressive mall has 343 shops, 34 fast food restaurant, and 14 high-end restaurants. There are also plenty of facilities dedicated to entertainment, including 12 cinemas, a bowling hall, and even a small roller-coaster. 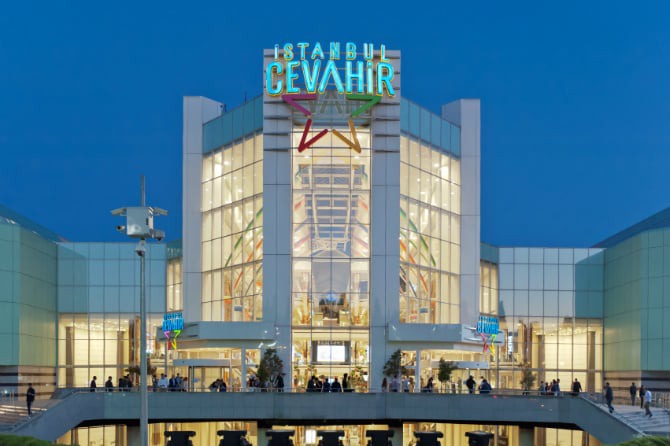 Mid Valley Megamall is a huge shopping center which graces the Malaysian capital of Kuala Lumpur. The complex, which opened its doors in November 1999, has an area of 4.5 million square feet (420,000 square meters), with a relatively low number of shops – just 430.

The mall does however feature a 48,300 square foot convention center and an adjacent luxury hotel called the Cititel Mid Valley.

While far from being the world’s biggest mall (it isn’t even largest in Iran), the Persian Gulf Complex is however first when it comes to the number of shops, hosting a staggering 2,500 stores in an area of about 4.5 million square feet (420,000 square meters).

Located in the city of Shiraz, capital of the Fars Province, the complex also features the luxurious Burj Fars International hotel, indoor and outdoor swimming pools, tennis court, convention center, and even a helipad.

Located in the Iranian city of Isfahan, the country’s foremost tourist destination, Isfahan City Center is set to become another attraction in and of itself. The magnificent, culturally rich city is nicknamed “Half the World”, and it seems half of the world’s shoppers could fit into its enormous mall.

Still under construction, Isfahan City Center has an area of 4.57 million square feet (425,000 square meters) and is home to more than 770 shops. Other facilities include a five-star hotel, a financial centre, and an entertainment centre with cinema and fair complex. 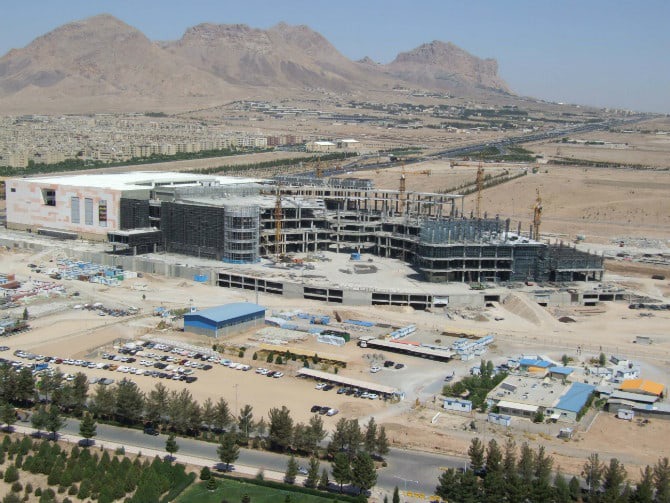 CentralWorld is Thailand’s biggest shopping centers and one of the largest in the region.

Opened in 1990 in the Thail capital of Bangkok, the mall has underwent several renovation and expansion processes and now boasts 4.6 million square feet (429,500 square meters) of leasable area, with around 500 stores selling everything from electronic, to sporting equipment, to furniture. Notable tenants include Toys R Us, H&M, and the high-end SF World Cinema.

Located in the affluent township of Bandar Utama, in the western Malaysian province of Selangor, 1 Utama Shopping Center is the country’s premier shopping destination.

The award-winning mall – with quite the clever motto: “It’s all in one!” – spans across over 5 million square feet and offers 6 retail levels with over 650 shops. Other attractions include the Skybridge, a lush tropical rainforest inside the mall and the Secret Garden, which is Southeast Asia’s largest rooftop garden. 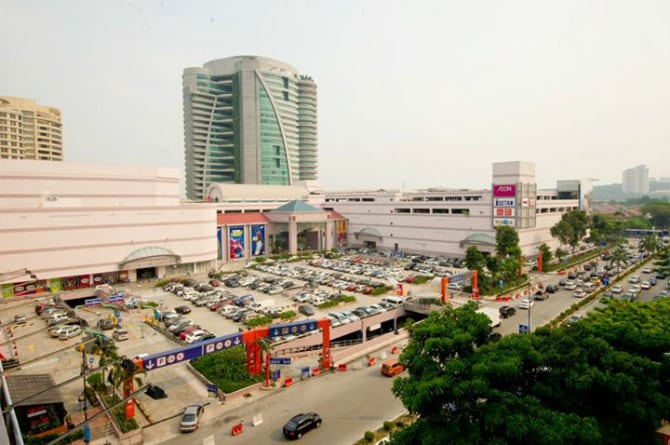 The motto of the SM Supermalls chain is “Everything’s Here”. And wouldn’t there be, when “here” is a gargantuan mall like the SM City North EDSA.

Located in Quezon City, in the Philippines, SM City North EDSA opened in late 1985 and was expanded many times to become the venue it is today, boasting over 5 million square feet (482,878 square meters) of retail area. The mall is home to more than 1100 shops and 400 dining establishments, and has enough parking spaces for over 10,000 cars. The entire complex also features a sizeable park and a residential development. 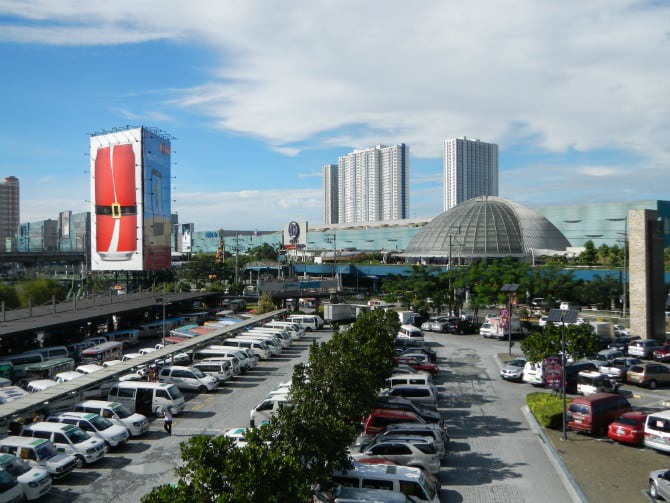 Located in the city of Mandaluyong, part of the Metro Manila region in the Philippines, the SM Megamall is the country’s largest shopping mall, with an area of almost 5.5 million square feet (506,435 square meters).

The mall, which opened in 1991, is comprised of two main buildings connected by a bridge and has over 1200, including 270 dining venues. Significant establishments include an IMAX Theater, a skating rink, and the SM Store, a department store with more than 150,000 customers every day. 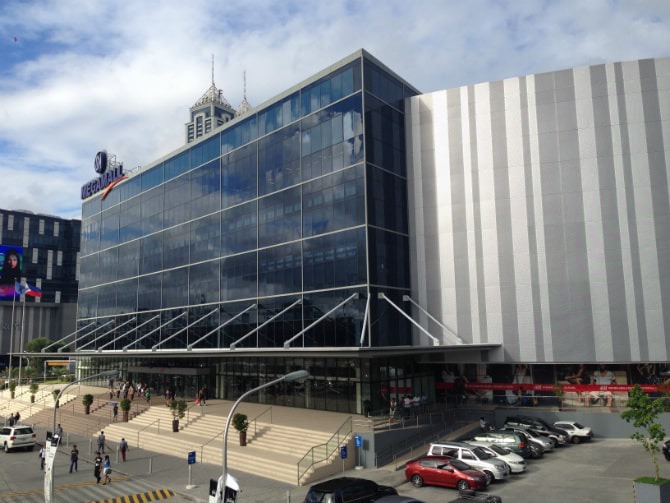 When it opened in Beijing back in 2004, Golden Resources Shopping Mall was the world’s largest mall, with a staggering 6 million square feet (557,419 square meters) of retail area spread across its six floors. Dubbed the “Great Mall of China” due to its immense scale, just a quick glance over the numbers shows that the nickname is fully deserved – there are over 1000 shops, restaurant space stretching the size of a couple of football fields, no fewer than 230 escalators and even a skating rink. 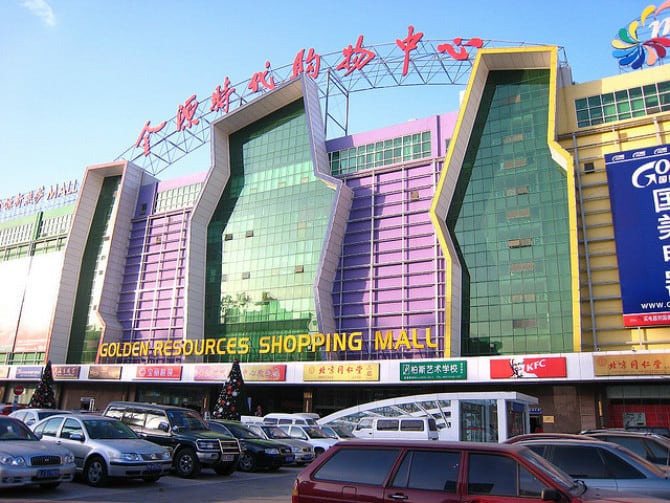 Located in Dongguan, New South China Mall serves the more than 8 million of the city’s inhabitants (over 20 million, if you include people from neighboring cities) and is one of those buildings which show that the Chinese truly have a penchant for grandiose projects.

The enormous construction boasts an area of about 7.1 million square feet (659,612 square-meters), enough for about 2,350 shops, and is divided into seven sectors modeled on international cities, countries, and regions: Amsterdam, Paris, Rome, Venice, Egypt, the Caribbean, and California. The Chinese love to adorn their projects with replicas of various landmarks and the New South China Mall is no different. There’s an 82-foot replica of the Arc de Triomphe, a replica of Venice’s St Mark’s bell tower, and even 1.3 miles of canals with gondolas. While largely unoccupied during its first few years, only a third of this gigantic mall remained unoccupied by the end of 2013. 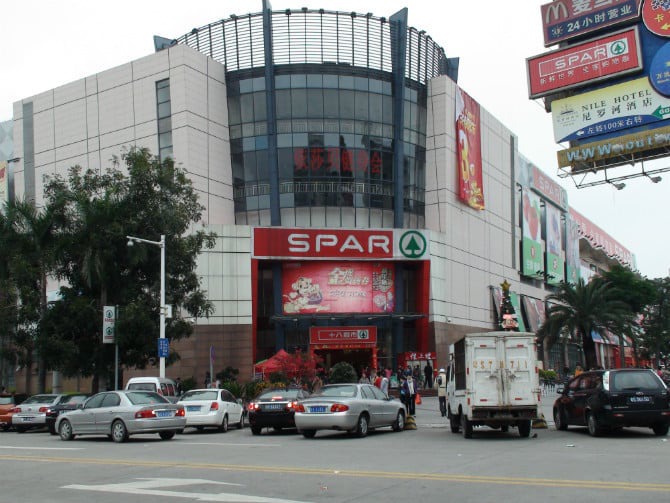 Inside Tamia Mpisane baby homecoming, the family went all out.

Sassa Says If You Apply In May, You Will Only Get Payment From May If Approved

Meet Zoey Seboe Who Is The Miss SA Top 30 Finalist