Cele Said This About illegal mining, which will sh0ck You

By TEXASbois (self media writer) | 8 days ago 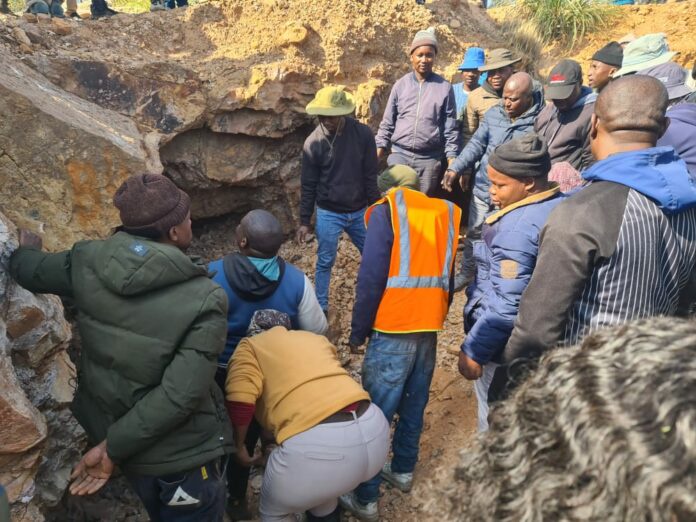 Speaking at a crime imbizo in Krugersdorp’s West Village on Saturday, Cele said it is time to target the syndicates that buy the minerals instead of chasing zamazamas in the abandoned mine shafts.

“If we find buyers of these minerals and arrest them, there will be no demand for the product and we wouldn’t see zamazamas anymore,” he said.

“As long as we don’t address the supply and demand chain of these minerals, the problem will continue,” he added.

Cele addressed the accompanying problem of human trafficking. “For several days that I joined the operations in different areas in the West Rand, I have seen young children of 14 years old with no documents.

“There is no way a 14-year-old would travel to South Africa and find himself in the abandoned mine shafts of Krugersdorp. They don’’t even know that there’s Krugersdorp before they leave their countries.

“This is organised crime with syndicates involved,” he said.

The Minister also pleaded with government departments like the Department of Home Affairs to help in managing how undocumented people end up mining illegally in South Africa. 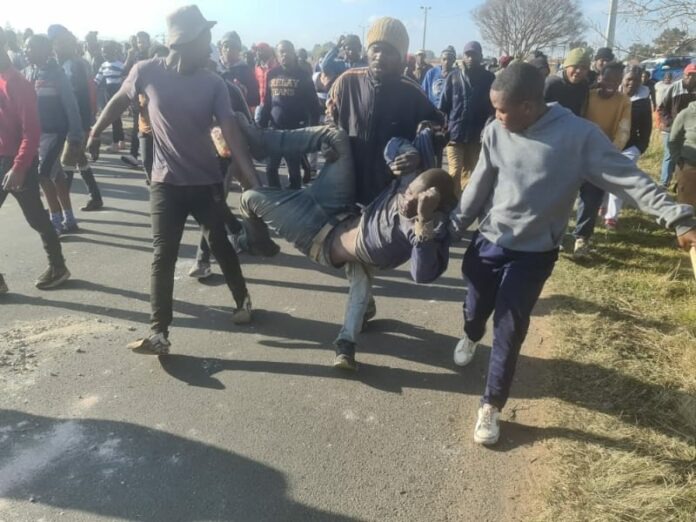 Scrolla.Africa spoke to a former zamazama who has survived several shootings while digging for gold.

He said all the zamazama have their bosses. “Most of the bosses are top politicians, high ranking police officials and rich businessmen.

“It will be hard to turn things around overnight as the industry is managed by crooks, corrupt and dangerous people,” he said.

He said when he went underground he led a group of 10 people on a mission to get gold. Four of my recruits died from a rockfall and I shared the proceeds with my other survivng friends. It is dangerous there.”

Over the past week, many zamazamas have been caught by the police in massive operations involving different police units and private security companies. 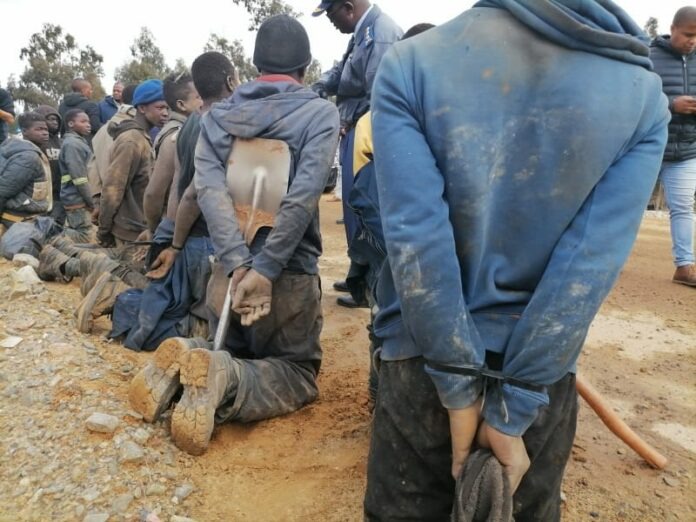 Residents jumped in by hunting down the miners shack by shack and shaft by shaft.

About four suspected miners have been killed in police shootouts during the operation and one was stoned to death by residents.

One after the other, residents complained that corrupt police have failed them in dealing with crime. 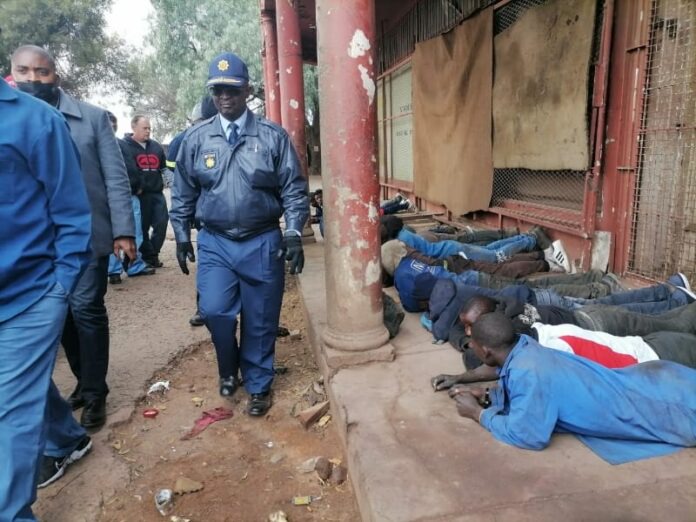 Minister Cele promised the residents that there will be peace in the area and people will be able to “sleep” again.