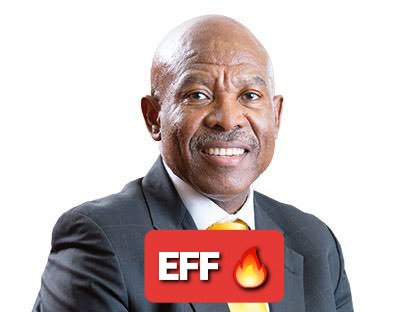 This recent price adjustment got many people talking and EFF had also reacted to the recent changes. In a statement issued today, EFF spoke against the decision taken by the reserve bank. The party says it rejects the adjustment because it is senseless, irrational, and is a war against workers and the poor.

EFF went ahead to call on companies to prioritize jobs and salaries as a strategy to recover rather than working on maximizing profit by all costs.

Read the full statement issued by the EFF below 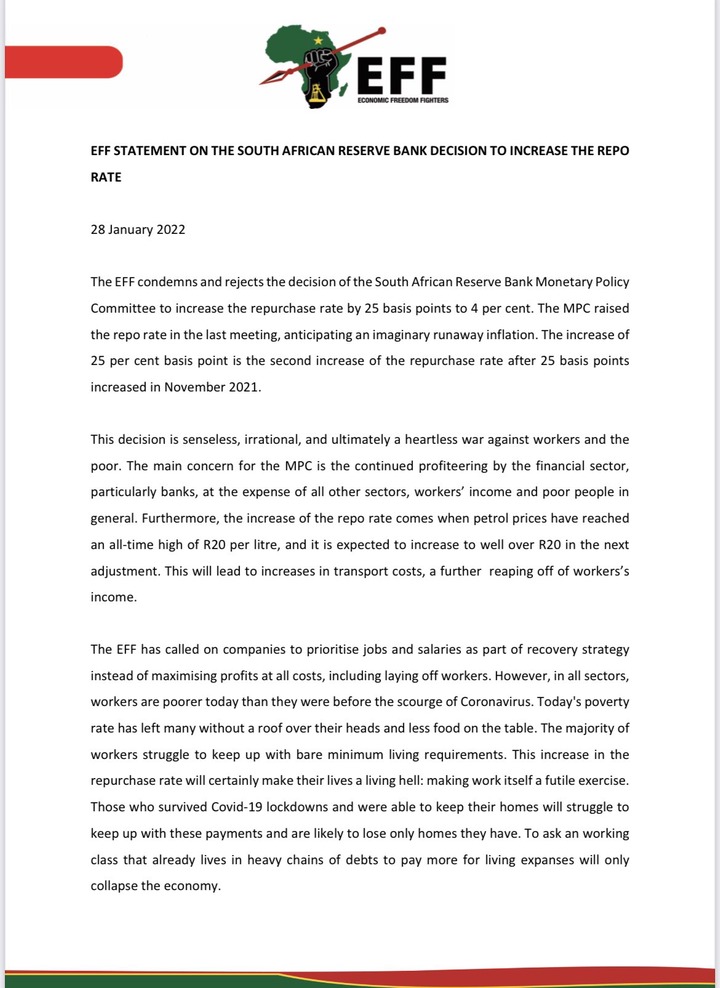 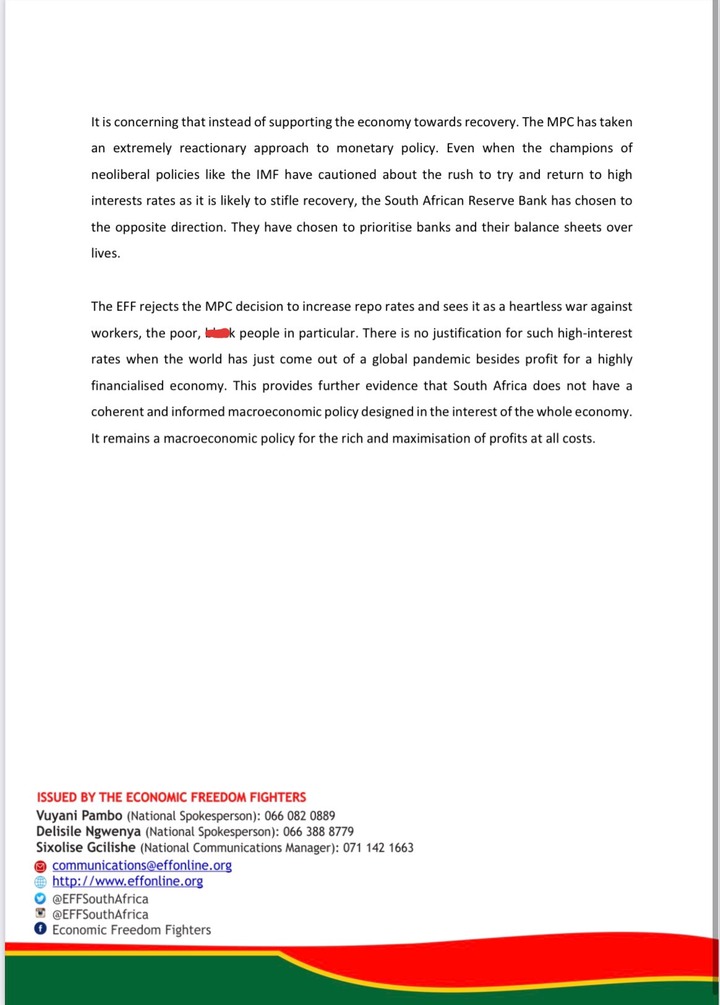 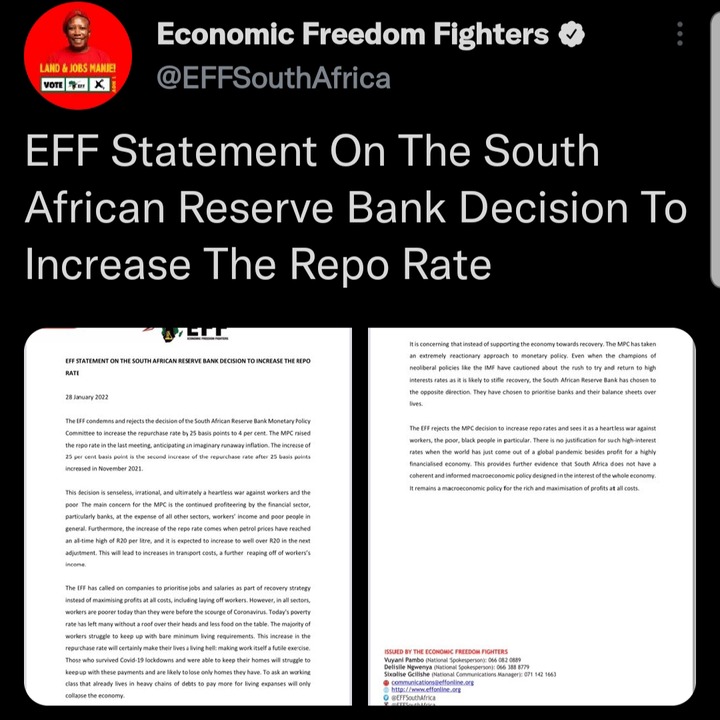 “People are hungry right now not tomorrow. 50% unemployment, how is raising the repo rate, electricity duel, etc going to help the poor?,” said a Twitter user.

Another Twitter user who reacted under the post called out the South African Reserve Bank that they are 'anti-poor & anti-workers'.

“The SARB is anti-poor & anti-workers. It's designed to benefit the rich at the expense of the poor. You can laugh your lungs out when you hear Lesetja Ganyago defending the bank against calls for its nationalization,” said a Twitter user.

See some screenshots of peoples comments 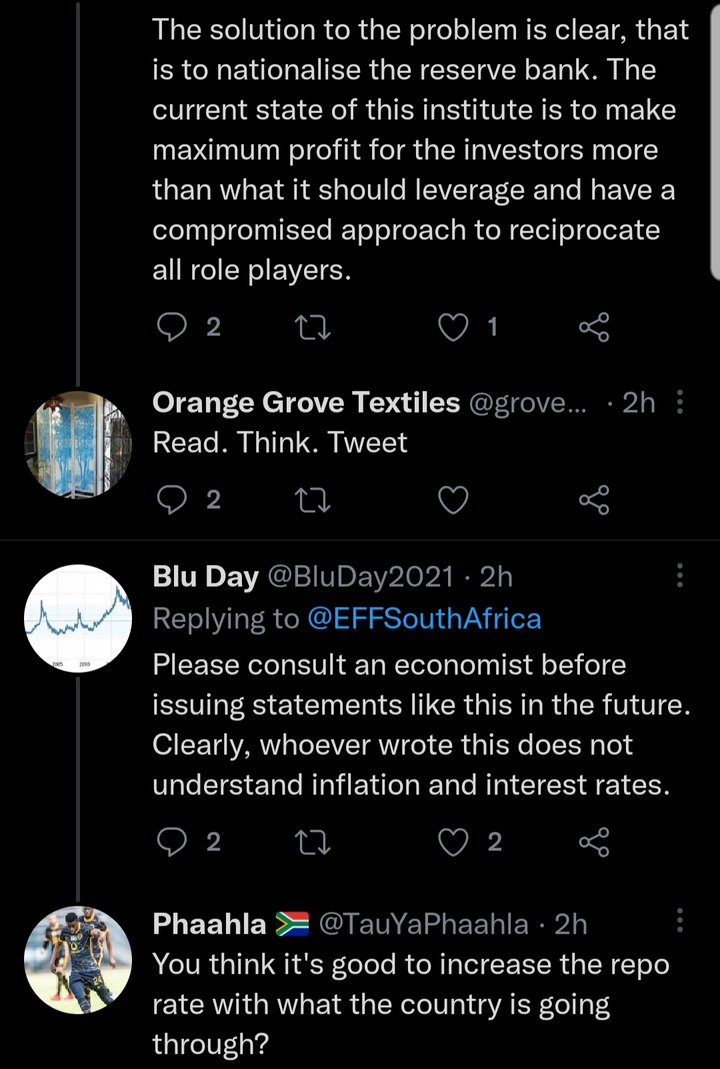 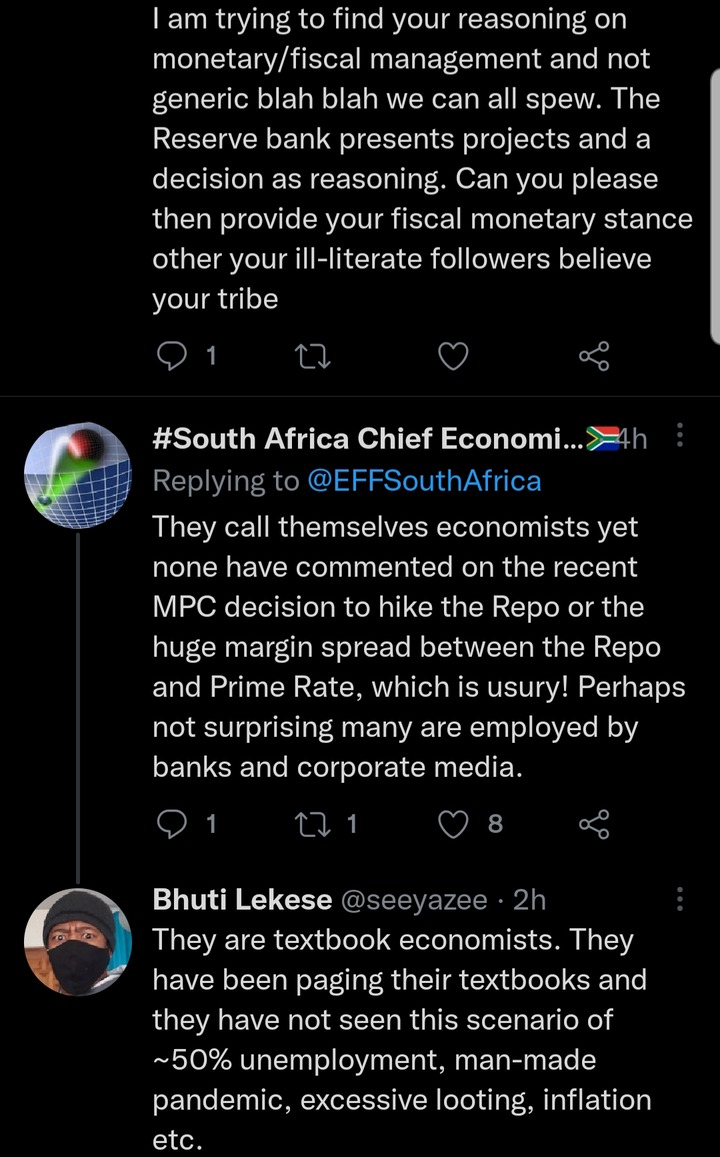 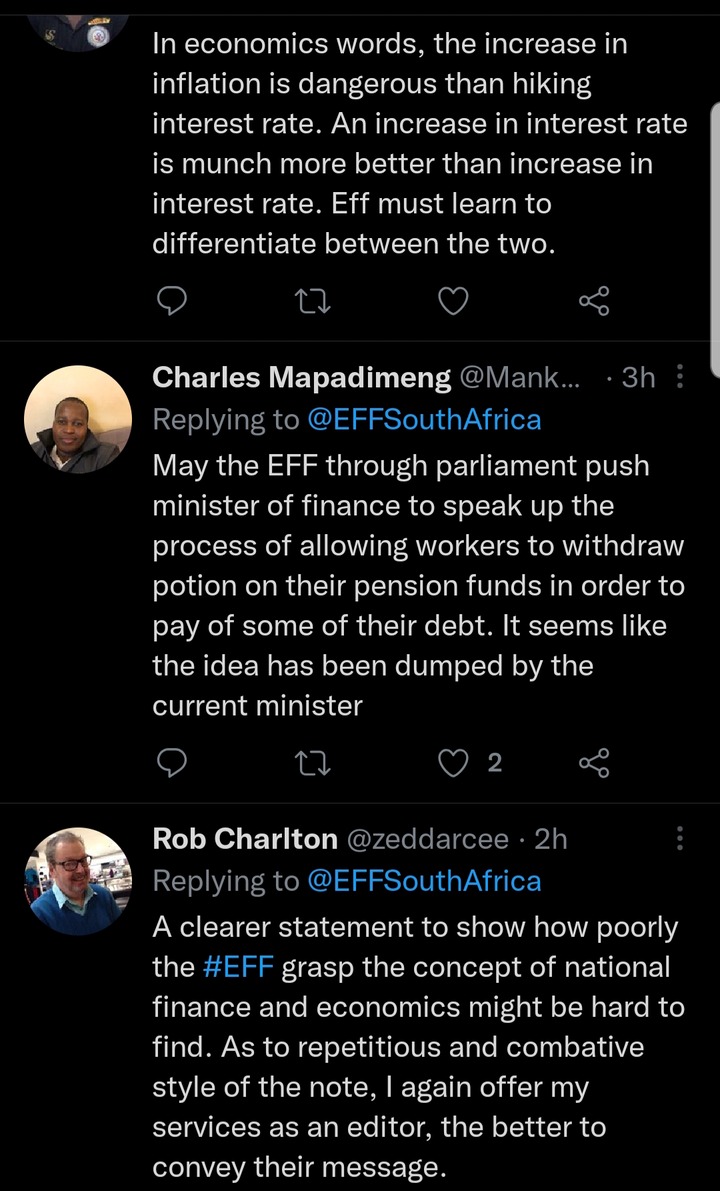 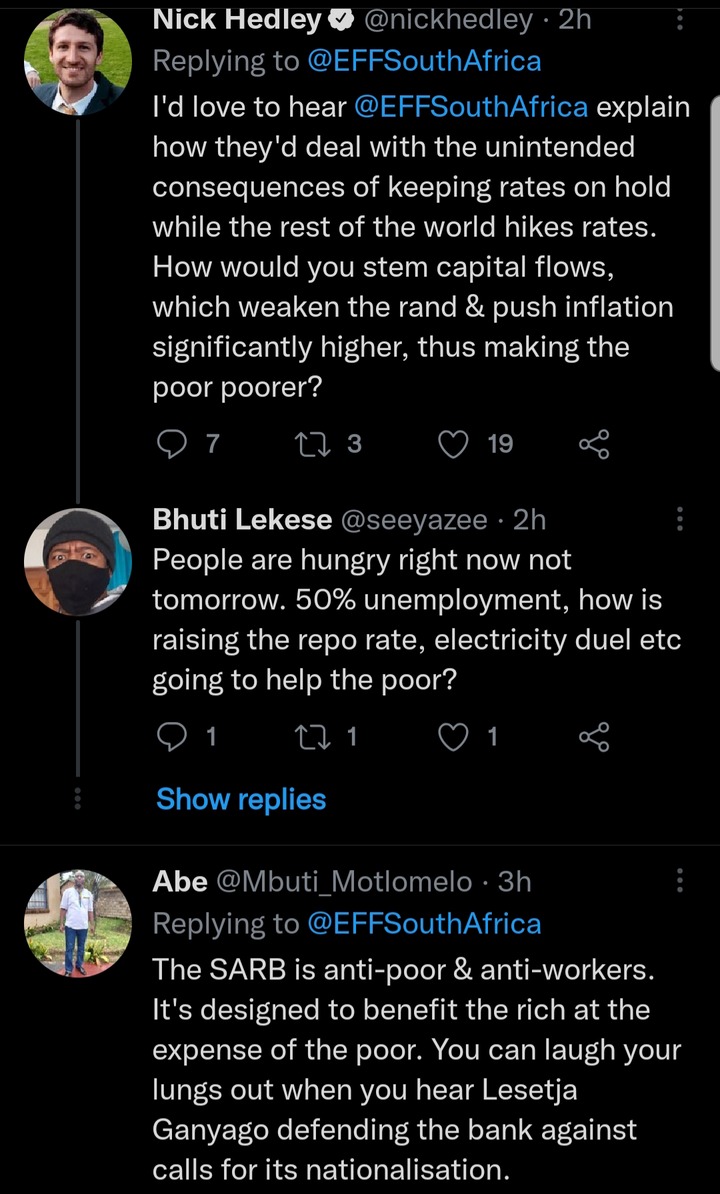 What can you say about this report? Answer in the comment section.