Maluleke released the results of the second quarter GDP 2021 during the press direction on Tuesday.

During this period - April, May, and June - the transportation, storage, and communication industry increased by 6.9%, making the biggest contribution to GDP growth - 0.5 percentage points.

The statistics agency said the increase in economic activities was reported for transportation and land communication services.

"The private service industry increased by 2.5% and contributed 0.4 from the percentage pointing to GDP growth. The increase was reported for community services and other producers.

"The trade industry, catering, and accommodation increased by 2.2% and contributed 0.3 from the percentage pointing to GDP growth. Increasing economic activities reported in wholesale, retail and motorbike trading, and there was an increase in expenses for catering and accommodation services," Statistics said South Africa (Stats SA).

For three months, agriculture, the forestry industry, and fisheries increased 6.2% and contributed 0.2 from the percentage pointing to GDP growth.

Maluleke said the increase was mainly due to the increased production of field plants, horticulture, and animal products.

In the second quarter of this year, Malule revealed that real GDP expenditure increased by 1.2%.

"Household final consumption expenditure increased by 0.5% in the second quarter, contributing 0.3 from a percentage of points to total growth.

The highest level of growth and the biggest contributor can be seen in the goods that are durable and not durable.

"Negative contributions to growth in HFCE reported for expenditure in the 'other' category, decreased by 3.8% and contributed -0.5 from the percentage point, mainly due to lower expenses on insurance services in the second quarter."

Stats SA said the final consumption expenditure by the general government decreased by 0.1% in the quarter.

"The large decrease in electricity and mining contribute to the withdrawal of inventory experienced in the second quarter of 2021," said the agency.

It added that net exports contributed positively to the growth of expenditure on GDP in the second quarter, with exports of goods and services which increased by 4.0%.

This, the agency said, was mostly influenced by increasing trading of mineral products; pearls, precious and semi-precious stones; precious metal; and vehicles and other transportation equipment. 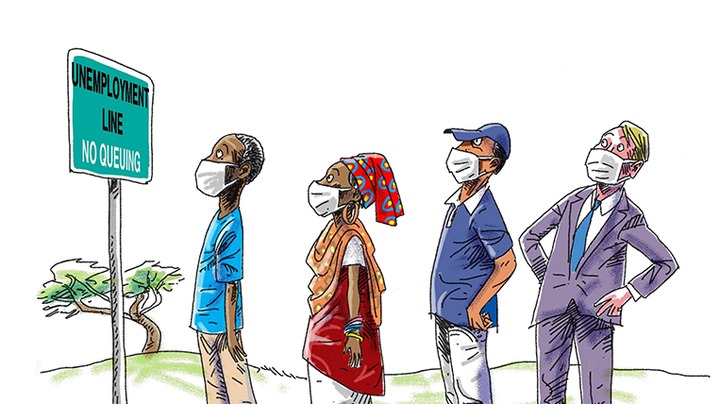