Former Finance minister, Tito Mboweni is an indecipherable political character. Many refer to him as a "fully-fledged capitalist" due to his promixity to big corporations, actually posits an antithetical ideological posturing through his advocacy for the structural reforms of the economy to ensure equitable redistribution of resources. 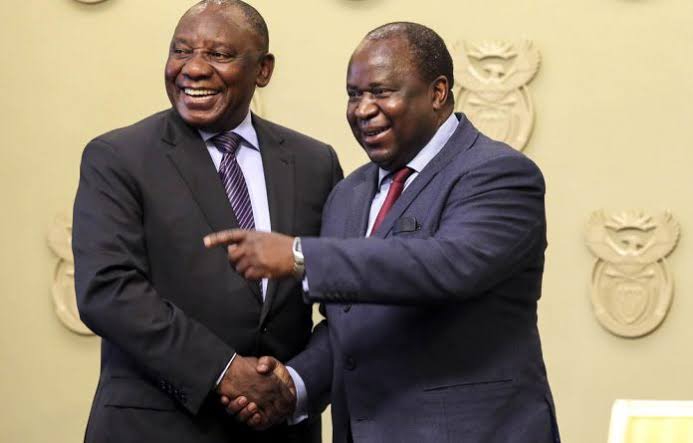 During his three years at Treasury, Mboweni barely talked outside of ANC policy direction, as he mostly pursued a budgetary approach that many saw as neoliberal and favoring white monopoly capital businesses.

Following his removal from cabinet, he has used his huge account on micro-blogging site Twitter to lowkey push the agenda of the necessity to implement structural reforms to the economy.

Which is why some of the proponents of Radical Economic Transformation (RET) in the ANC have seemingly identified an ally in him. 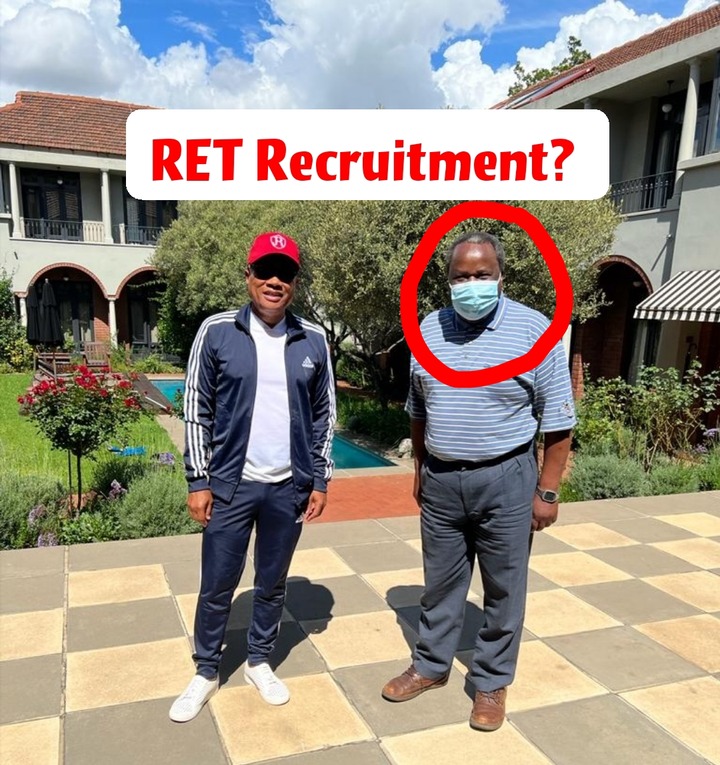 On Friday, prominent RET proponent and NEC member, Tony Yengeni shared a snap with Mboweni on his official Twitter account. He pompously reminded all and sundry of his liberation struggle credentials, and most importantly, he indicated that he had an heart-throbbing conversation with Mboweni.

"When I was a fully fledged guerilla fighter Tito was a student at Roma University in Lesotho! We had a beautiful but short heart to heart today with the Governor!" Yengeni Tweeted.

Despite the fact that Yengeni did not reveal the agenda of their meeting, there is a myriad of inferences that could be made about it.

With the ANC set to hold its 55th National Elective Conference in December, there is a sense in which lobbying has already gone underway. 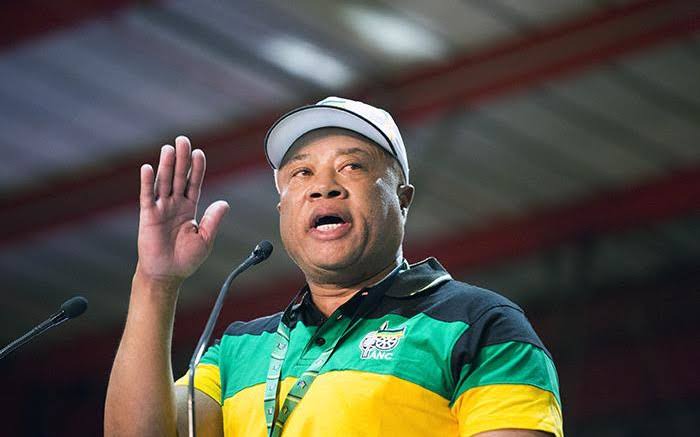 The RET brigade, of which Yengeni is a part, aims to wrestle the soul the ANC from the CR faction, which is led by President Cyril Ramaphosa.

You may argue that the RET brigade sees Mboweni as an ally, and that the meeting was an attempt to formally recruit him. 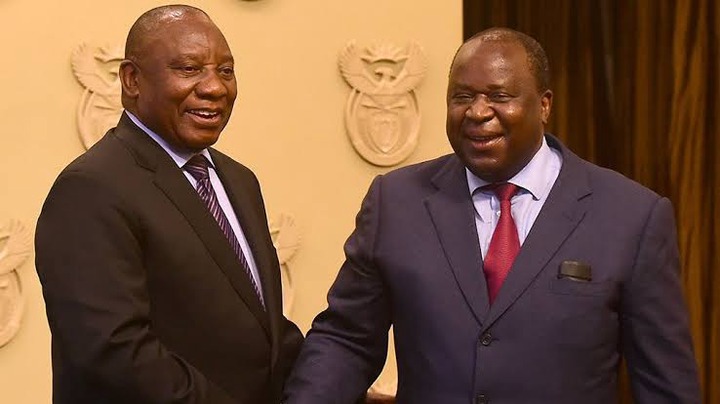 In any way, unless things have changed quite dramatically, Mboweni has before expressed acalectic disgust at the existence of factions in the ANC, which he believes are hampering the party's progress and that of the country.

But he was believed to have been a part of the CR faction before his ouster. In the meantime, we all have to wait and see what will happen in the next few months.

Do you think Yengeni's heart to heart meeting with Mboweni was in an attempt to lure him into the RET faction? 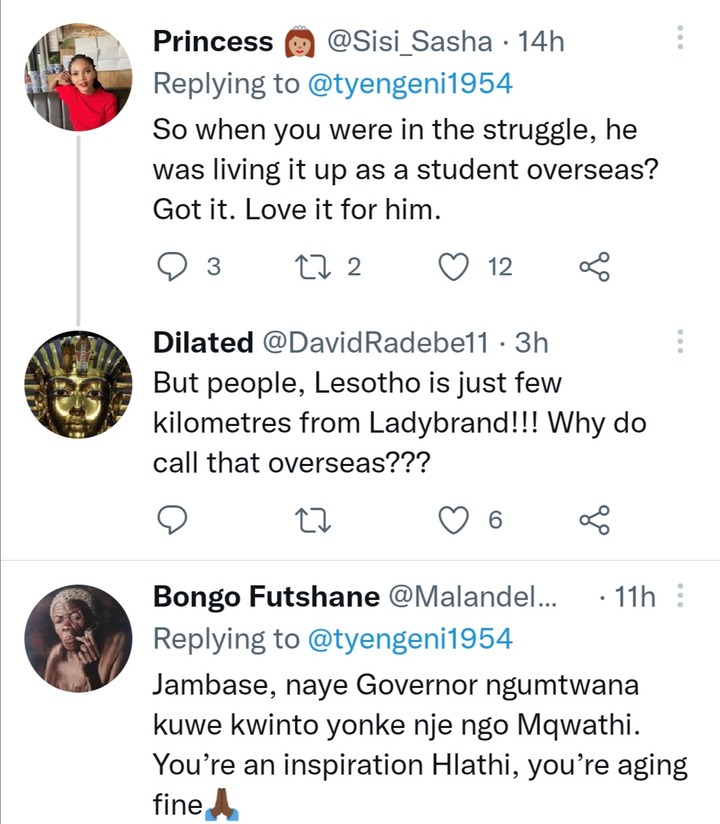 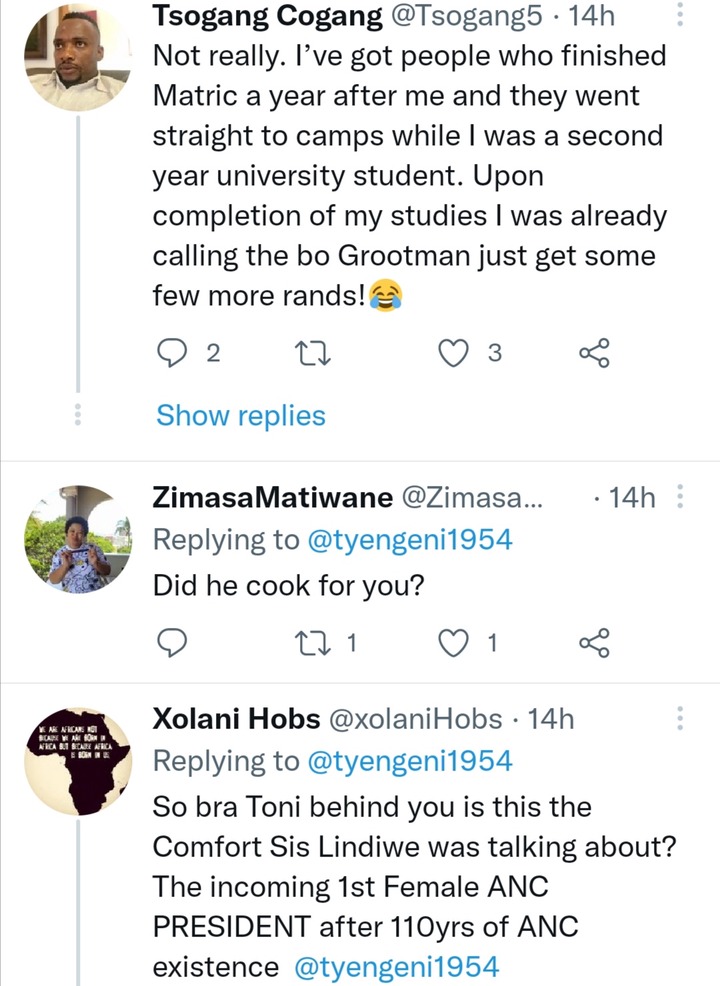 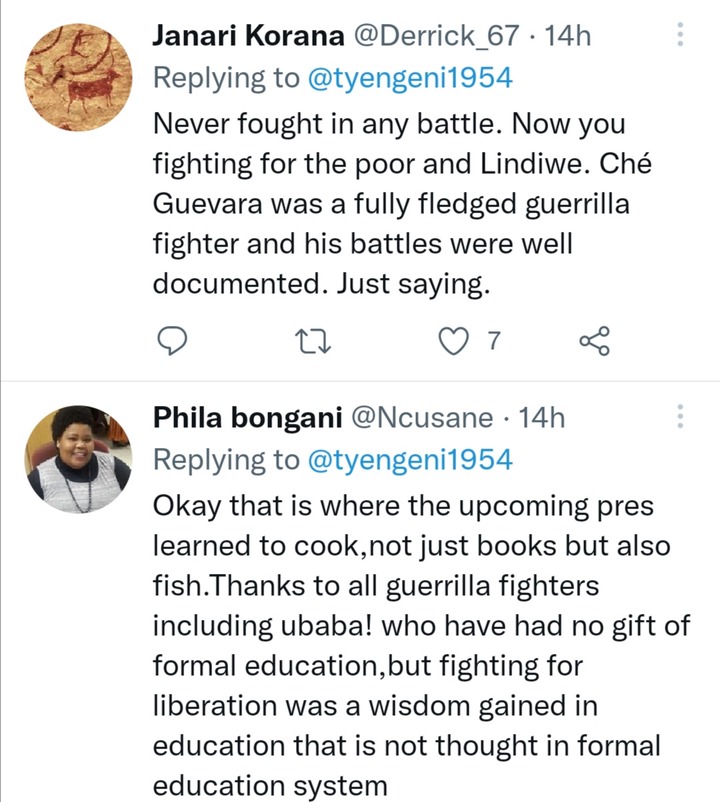 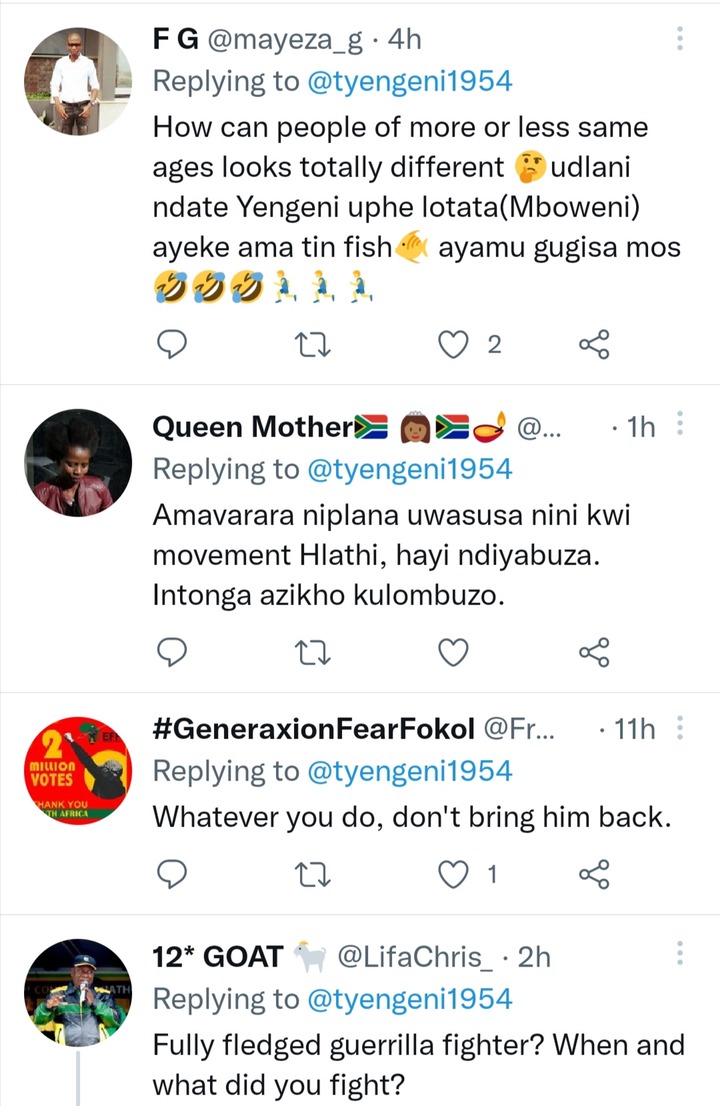 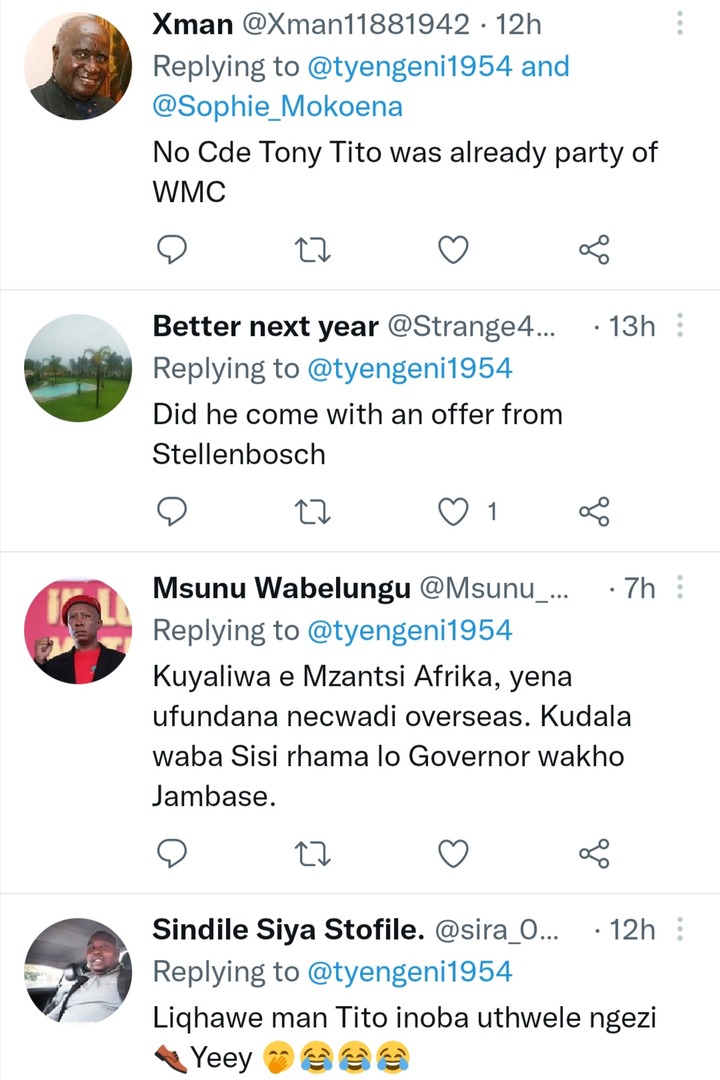 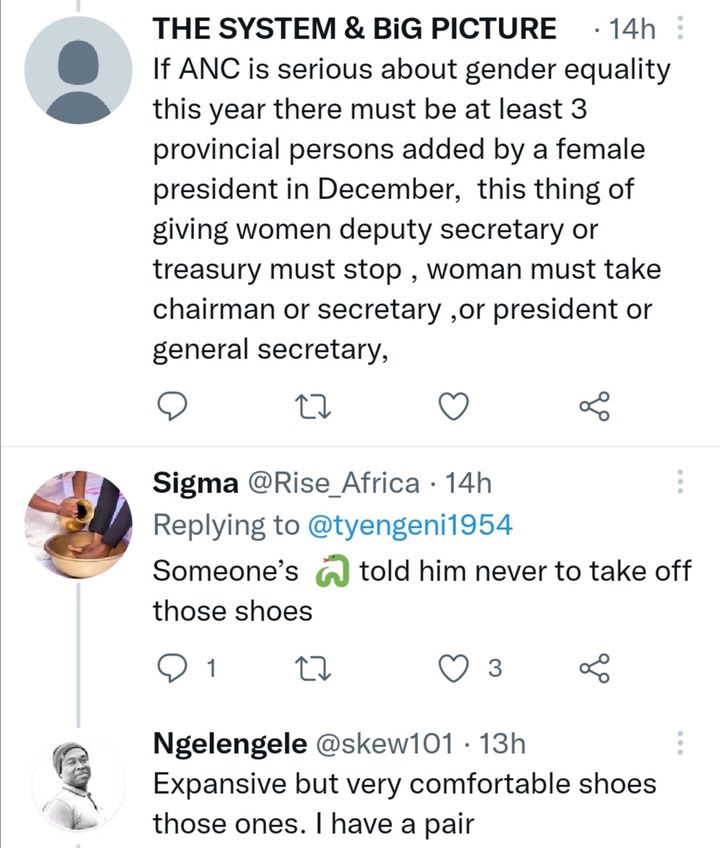 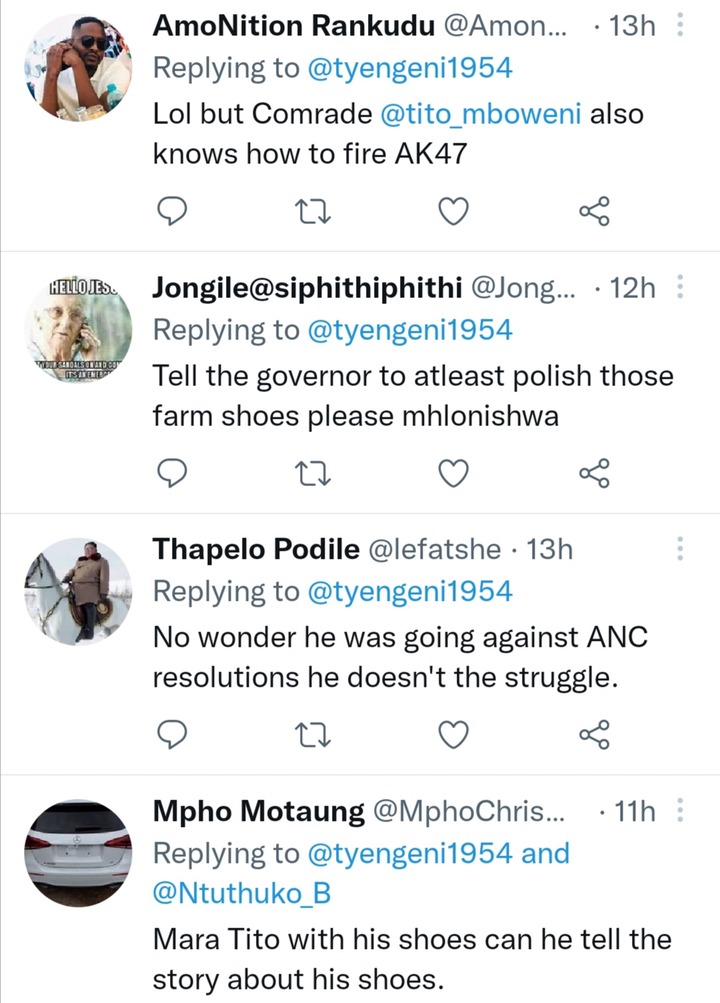