By De-Chaks (self media writer) | 8 months ago 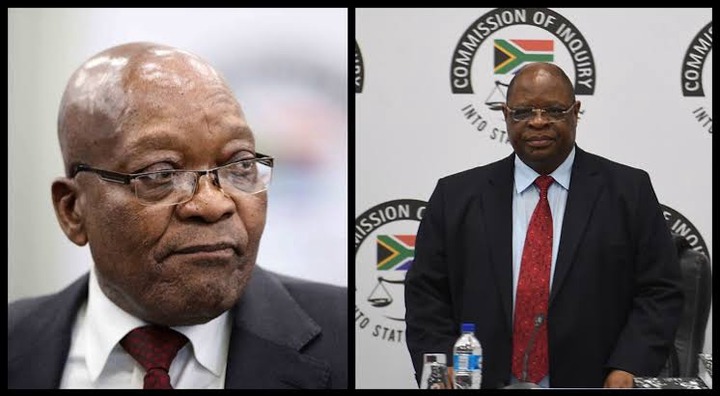 Former SA Revenue Service commissioner Tom Moyane and former president Jacob Zuma were key figures in seizing and demolishing the internationally renowned institution. The rumor about a "rogue unit" was a fake. All government contracts issued to US-based consulting firm Bain & Company are questionable and must be scrutinized, and Moyane must be charged with perjury.

The South African Revenue Service (SARS) is a typical example of how a private company, US-based consulting firm Bain & Company, and government officials Tom Moyane and Jacob Zuma controlled and dissolved a state organization that effectively reigned in the thieves.

Moyane, who was fired in 2018 after a four-year wrecking spree, is no longer with the team. His and State Capture's legacy is one of sorrow. Due to State Capture, SARS lost over 2,000 highly trained top administrators and investigators during his tenure.

The following are the five things you should be aware of:

1. Former Bain & Company employee Athol Williams was tasked with reviewing the firm's contract with and actions at SARS; SARS employee Vlok Symington and former SARS head of investigations Johann van Loggerenberg; and former SARS commissioner and later minister of finance Pravin Gordhan were among those who testified for Zondo. Zondo praised Williams in particular, saying that despite intense pressure and bribery attempts by Bain & Company to suppress the facts, Williams remained firm.

2. Moyane and Zuma, according to Zondo, were critical in the capture of SARS. When Zuma parachuted Moyane into the prominent job of SARS commissioner, Zondo highlighted a "major collapse of integrity and governance at SARS." Despite a procedure of picking an appropriate candidate from a vast list of potential candidates, Zuma guaranteed Moyane the position of commissioner well before Moyane's formal appointment. He was on a mission to destabilize the institution. The resultant implosion was triggered by Mr Moyane's "reckless mismanagement of SARS." What happened at SARS was bound to happen the moment Mr Moyane stepped inside. One by one, he undermined the elements of governance. This was more than just a case of poor management. It was regaining control of the situation.

3. According to Zondo, SARS became a target of State Capture because its "investigative and enforcement capabilities was a barrier to persons involved in organised crime." The institution was purposefully and systemically degraded in order to render it ineffective. The use of rumors of a "rogue unit" to make major changes at SARS, including the disbandment of Moyane's executive committee and the hounding out of senior officials, was one underhanded tactic. Zondo confirmed that the renegade unit rumor was a deception.

4. Long before Moyane was selected as the institution's leader, both Zuma and Moyane met with Bain & Company to strategize on how SARS would be brought under control. These conversations also took place prior to the eventual publication of the tender that Bain won to reform SARS. Zondo speculates on a collaboration to stop SARS before South Africa became aware of the ensuing catastrophe. "The goal of these early'appointments' was to ensure that the necessary pre-planning could be done to refocus the organization's resources and acquire leadership," Zondo explained.

5. All of Bain's contracts with state departments and organs of state should be re-examined for underhanded techniques, according to Zondo, and the police should investigate these contracts before the National Prosecuting Authority decides whether any criminals should be charged. Zondo also suggested that the SARS Act be changed to provide for an open, transparent, and competitive procedure for the nomination of the commissioner, and that Moyane be punished with perjury for giving false testimony to Parliament.

Zondo gave a nod to the Nugent Commission of Inquiry into SARS, which was the first to blame Moyane and Bain & Company. Moyane's disastrous influence at the institution, which Zondo described as a culture of fear and bullying, is the subject of Zondo's second commission.

Zondo stated that the facts presented to him and his own conclusions are consistent with the Nugent Commission's findings and recommendations.

Content created and supplied by: De-Chaks (via Opera News )

Is Cyril Ramaphosa, the president, being duped by Stan Mathabatha?