Police Minister Bheki Cele has stated that it is difficult to track down overseas criminals in South Africa. Farmers are partially to blame for the employment of unauthorized foreign people in the country, according to the minister. When they commit crimes, it becomes harder for the police to locate them, according to him. "You farmers hire undocumented foreigners; how will we discover them when they steal and commit murder? No fingerprints or other identifying information. You make our lives more difficult "Bheki Cele retaliated against the farmers. He informed the farmers that they do not even know the names of their foreign employees. 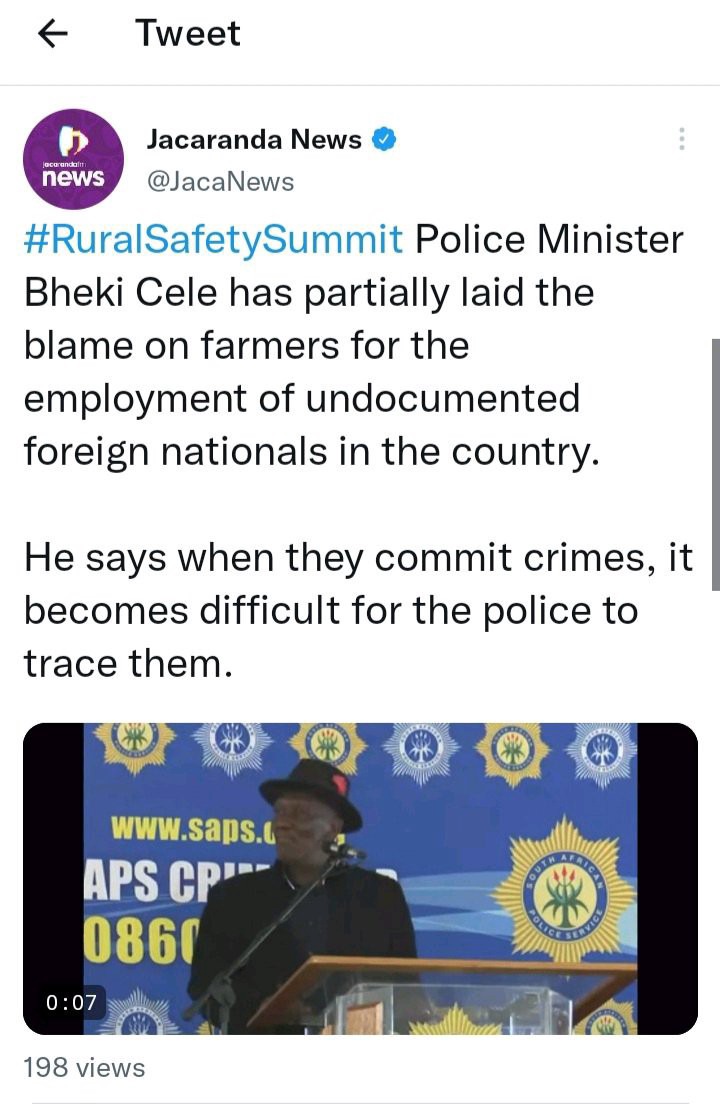 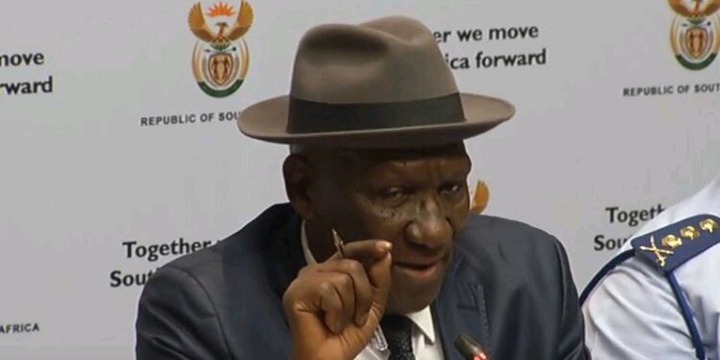 his was stated by Bheki Cele during his keynote talk at the two-day Rural Safety Summit in Parys, Free State. The purpose of the Summit is to ensure the safety and security of the farming community, which consists of farmers, farm employees, and farm residents, and to prevent stock theft in the country. Participants include the National African Farmers Union of South Africa (NAFU), Agriculture South Africa (AGRISA), the African Farmers Association of South Africa (AFASA), the Transvaal Agricultural Union South Africa (TLU/TAU SA), the National Stock Theft Forum, and activists against Farm Murders.

One of the farmers that Bheki Cele addressed.

In a number of instances involving agricultural attacks, foreign people were found to be in violation of the law. When instances are recorded, graphic photographs of farm owners and laborers who are frequently stabbed, beaten, and abused are widely and frequently posted on social media. But not only farmers are responsible for the hiring of unauthorized foreign nationals. What about shops for sale? Operation Dudula has been criticized for its efforts to combat illegal aliens. Bheki Cele has the audacity to fault farmers! Why doesn't the government regulate the borders?

The government's failure to see the necessity for borders is the enemy, not the farmers or foreign nationals. What are your opinions?

7 Most Guarded Presidents In Africa In 2022.

Everything you need to know about this years Miss SA pageant