Unions are the real capitalists in South Africa: Tito Mboweni

By Surprisesipho (self media writer) | 4 months ago 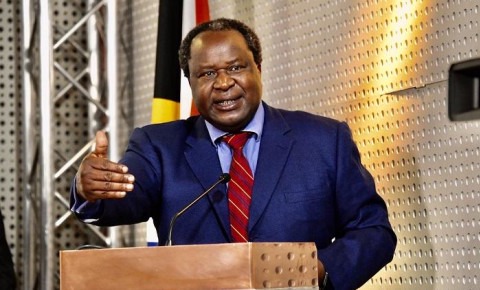 In a wide range of influence with the JJ fund Tabane Monday, Tito Mboweni rejected the concept that the rich Oppenheimer family was fully controlled by the rural economy,claiming that the real power contained unions that had the unions that counted 30% of companies listed on Johannesburg. (JSE)

According to its calculations, the Public Investment Corporation (PIC), which invests civil servants' pensions in trading companies on behalf of the country,said it has a dominant stake in 30% of the companies listed on the JSE.

"The relationships are there to protect the interests of their members.

The greatest unions of SA are Nehawu ( national, health and workers union), Popcrs [Police and prisons of citizens'rights of citizens and the democratic union of Sadtu. Thes are those who have about 30% of JSE. If you talk about capital, they are capitalists, Mboweni said.

He paused and said: “I think I will be in trouble for that statement.”

During his tenure, Mboweni clashed and publicly disagreed with union leaders over issues including his views on the South African economy.

Asked about the other 70% of the JSE, he said: “It's owned by you, pension funds, my pension fund, somebody else. There's nothing like the Oppenheimers owning the SA economy. It doesn't exist. It's technically and scientifically nonexistent.”

According to Mboweni, unions are not using their collective power properly by "providing leadership" on the boards of the companies they own.

Content created and supplied by: Surprisesipho (via Opera News )

Video| Zoo attendant stunts left him without fingers, after trying to impress tourists.

Has your partner ever hit or abused you? If yes, what is stopping you from leaving the relationship?

Nonka is in trouble. Mjolo will humble you, from business woman to full-time detective

Ziyakhala for Mbali. She needs to come clean about her fake pregnancy to her husband

Look What Mayor Gayton Mckenzie did yesterday, he means business.

'This Sangoma lady refuses to remove traditional beads at a restaurant and this happens.

Kylian Mbappe chose familiar over growth a mistake most stars make when they are still young.