" Grocery is costing more than a salary wage in South Africa" 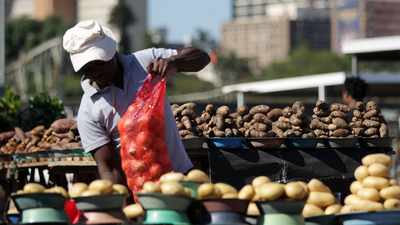 Situation is becoming worse to the people of South Africa as the grocery family retailer price costs R4 688.81 from R4 609.89 in May.

The news was revealed by a food and social research organization, the Pietermaritzburg Economic Justice and Dignity Group (Pmbejd).

The group said food and crude oil prices were being exacerbated by the ongoing violence in Ukraine, the closure of food trucks between KwaZulu-Natal and Gauteng as well as rising inflation.

Abrahams said it was also difficult for people to buy cosmetics because they were on the rise as well as household cleaning items including laundry soap, dishes and more.

“Survival is coming down to the people of South Africa because the cost of living is rising but wages are not rising. For example, employees who earn less than a minimum wage earn R3 895.92 but groceries cost more than their salary. We found out that some people spend R2 075.50 to buy electricity and transport and another to buy groceries, ”Abrahams said in a statement.

He said there should be an unemployment benefit because the working class was struggling as there were 11.3 million unemployed people in the country.

He said women were the main culprits because baby nutrition cost R813.29 but the government gave them a grant of R480.

The reason he said they were the bearers of the tragedy was because the children waved at them when they were hungry.

He called on the government to increase child and adult benefits as it did during the Covid-19 era so that people could cope with the high price of food.