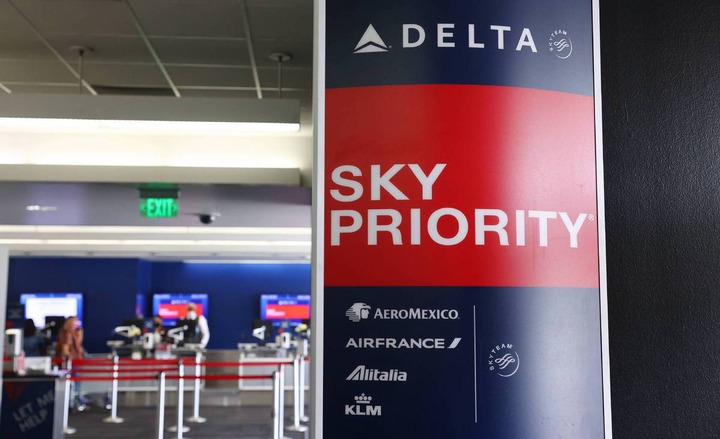 Delta Air Lines, a major Atlanta-based carrier, reported its first quarterly profit since the COVID-19 pandemic for the third quarter of this year. The profit was mainly driven by growing passenger demand and serves as an important milestone in the company's business recovery.

In the third quarter, it achieved adjusted pre-tax revenues of $8.3 billion and adjusted profit of $216 million, according to its latest earnings report released this month.

Ed Bastian, chief executive officer of Delta, said the carrier's third-quarter revenues reached two-thirds of the level seen in the same period of 2019, thanks to a top operational performance it delivered through a busy summer.

"While demand continues to improve, the recent rise in fuel prices will pressure our ability to remain profitable for the December quarter. As the recovery progresses, I am confident in our path to sustained profitability," he said.

Delta said now about 90 percent of its employees have been vaccinated, and the vaccination rate among its staff members is expected to reach 95 percent by the end of November.

"In summer the demands for US-China flights were quite high, as many Chinese students went to the US to prepare for the start of the new semester. Now, the demand has returned to a relatively regular level," said Wong Hong, Delta Air Lines' president for China.

Starting from Nov 8, the US will reopen land and international borders for arrivals of fully vaccinated passengers from countries that were previously prohibited, including China, the United Kingdom and the Schengen area of Europe. The US closed the border to those countries since early last year due to the pandemic.

Delta said it has seen growth in air passenger volumes from Europe to the US, and an insignificant growth from China to the US. It said starting in November, it expects certain growth in passenger demand from China, but not to a great extent.

The airline is also planning to arrange chartered flights to transport US athletes, referees and journalists from the US to China in January for the upcoming Beijing Winter Olympics, which will be held in February 2022. The carrier is still discussing more details with governments and related entities.

In addition, from October to December Delta is operating a weekly cargo-only flight that connects Detroit and Shanghai via a stop in Seoul using Airbus A350 aircraft. Delta said the flight will help meet an increasing international cargo demand in China to export goods to the US. The flight started operations in early October.

"Delta's improving cash flow has been a direct result of climbing vaccination rates. The trend has led to an increasingly apparent economic recovery and growing air travel demand of many countries," said Zou Jianjun, a professor at the Civil Aviation Management Institute of China.

How to Harvest Swiss Chard

Top 10 most expensive hotels in the world

EVIDENCE: He is having a good time in Cape Town