It is an undeniably indisputable fact that the country's state-owned entities are facing a wide range of challenges, some are said to be financially unviable, and this has created speculation that government intends to dispense with some of these entities to cut its losses, and one of those critically important institutions is aviation and arms manufacturer behemoth, DENEL. 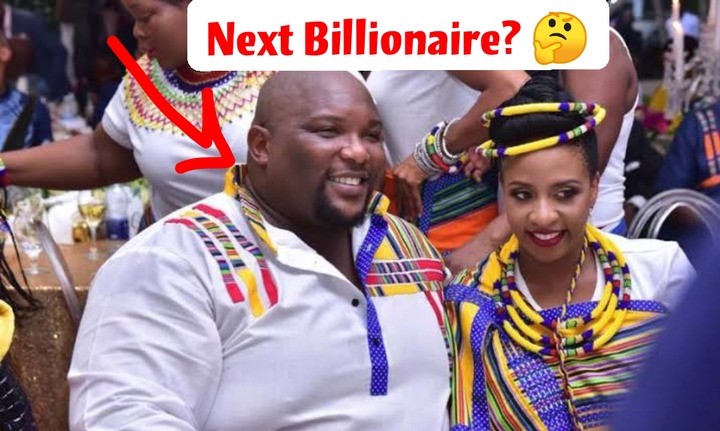 Denel has invariably made the headlines for all the wrong reasons, the company has failed to pay the salaries of their employees for a period of eon now.

Despite changing boards of directors, the company can't seem to find a turn-around strategy to potentially return to its glory days, in which it was the envy of the World due to the technological advancement it made in so far as defense equipment is concerned. 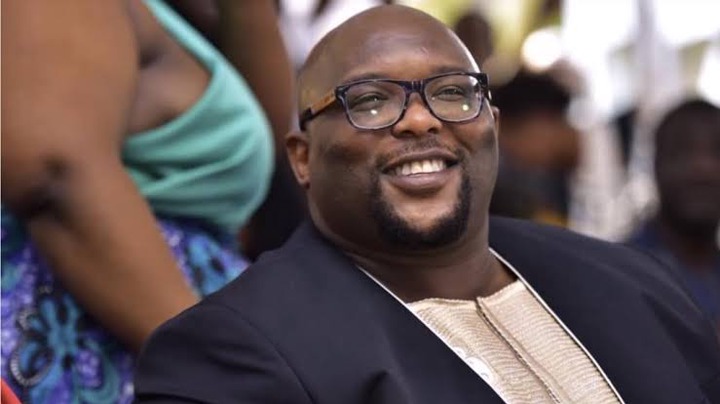 However, public enterprises minister, Pravin Gordhan, and to a lesser extent, finance minister, Enoch Godongwana have been quoted ipsissima verba indicating that some of these state-owned entities needed strategic equity partners, epigrammatically put, private sector investment to keep them afloat. 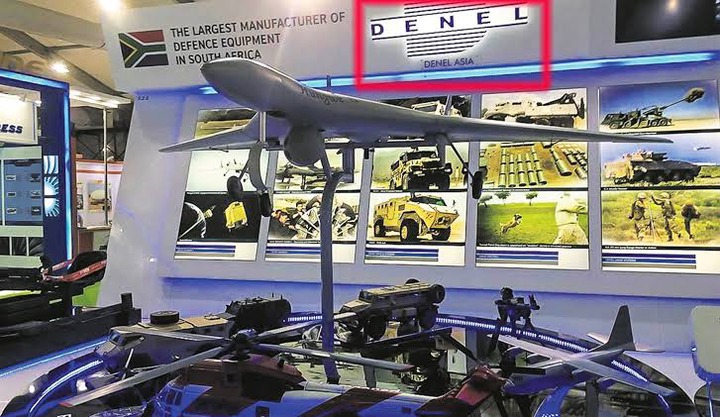 Meanwhile, there seems to be a plan in motion according to reliable sources, but this plan has in a sense raised many eyebrows.

Insight Factor political journalist, Modibe Modiba, who is very vocal and has been at the forefront of exposing corruption, sent a message to the President on Twitter, in which he asked if there was an element of truth to the speculation that a consortium led by his son, Andile is set to buy a stake at DENEL. 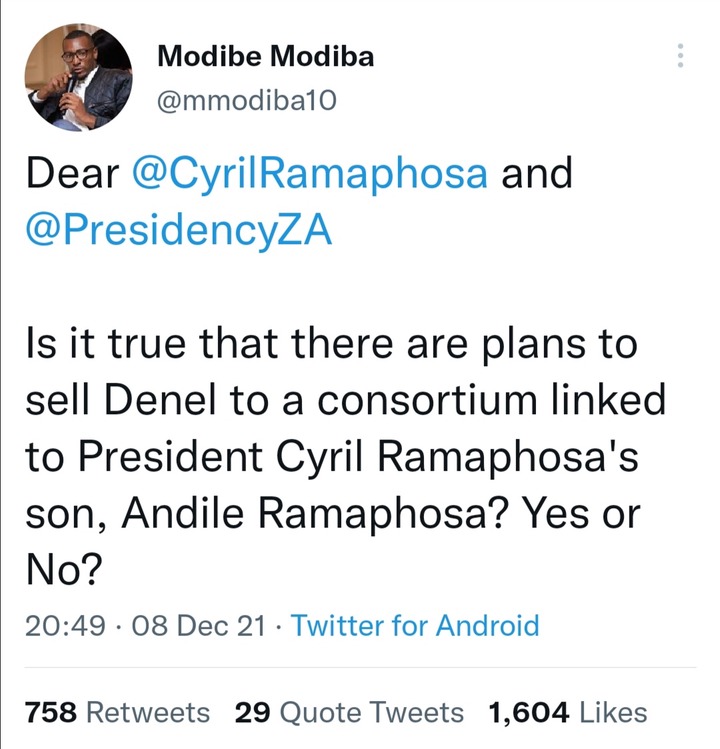 Although the presidency has not responded thus far, the allegation elicited extreme reactions from South Africans on Twitter, with some already suggesting that we might be witnessing state capture Part 2, in which a sitting president's son gets to benefit from big deals due to his proximity to the highest office.

We bore witness to the Gupta hurricane which allegedly struck deals with former President Jacob Zuma's son, Duduzane, essentially making him an overnight billionaire, as per reports. Therefore, people clearly don't want a repeat of that particular stanza. 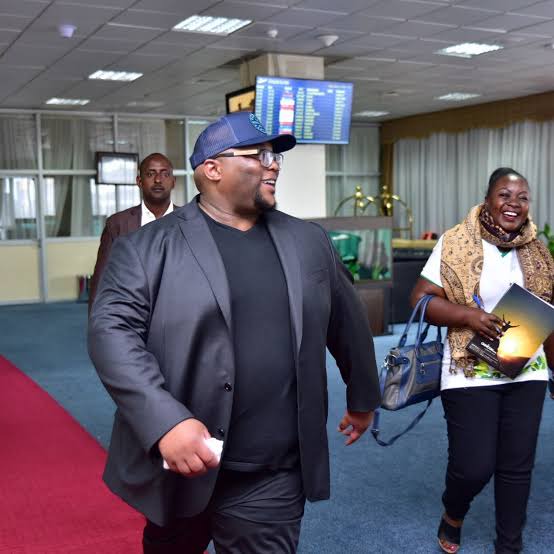 Andile Ramaphosa is not facing scrutiny for the first time, he was reportedly involved in shoddy business with BOSASA in which he received millions of rands. The matter almost got his father in trouble with parliament in 2018, when he inadvertently answered then DA leader Musi Maimane's question regarding his son's business dealings.

Do you think there is credibility in allegations that Andile could potentially lead a consortium that intends to buy a stake at DENEL? 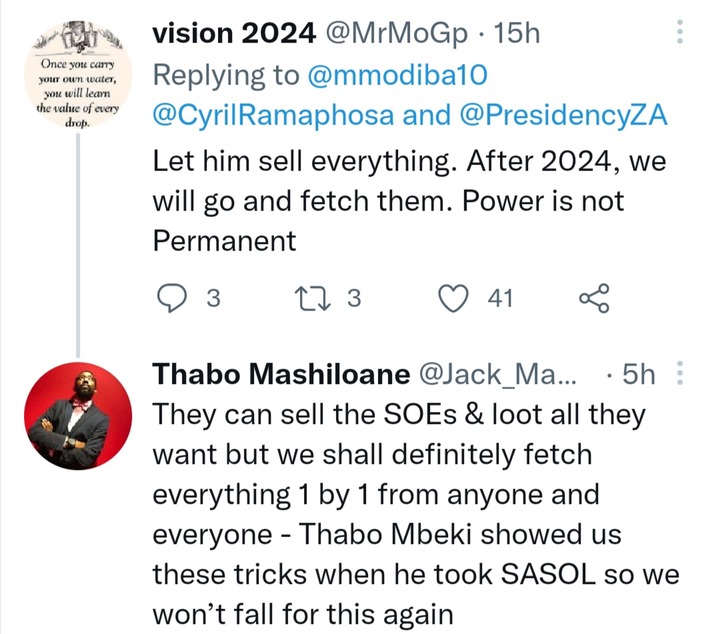 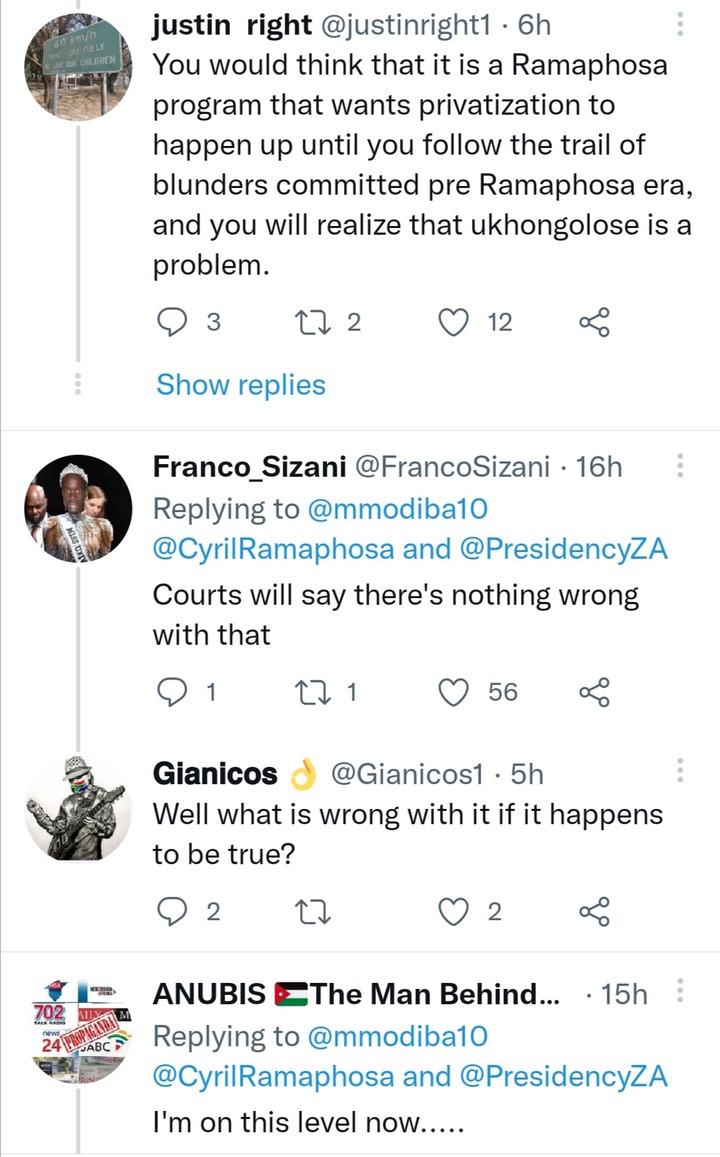 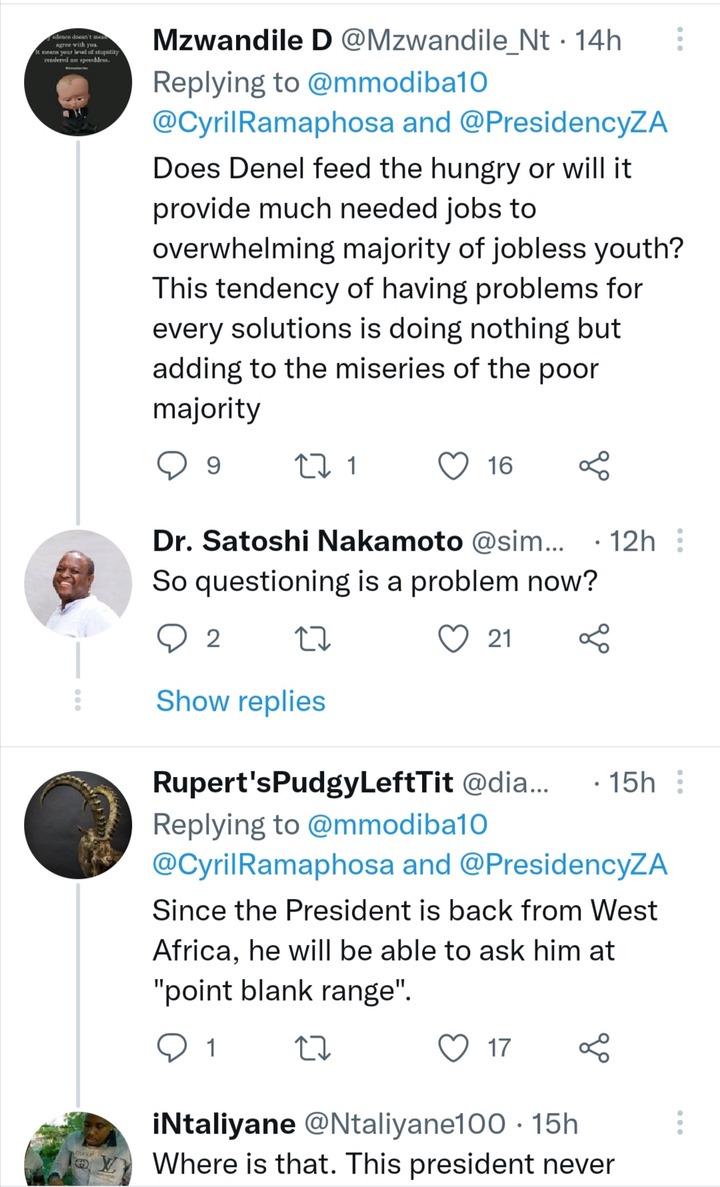 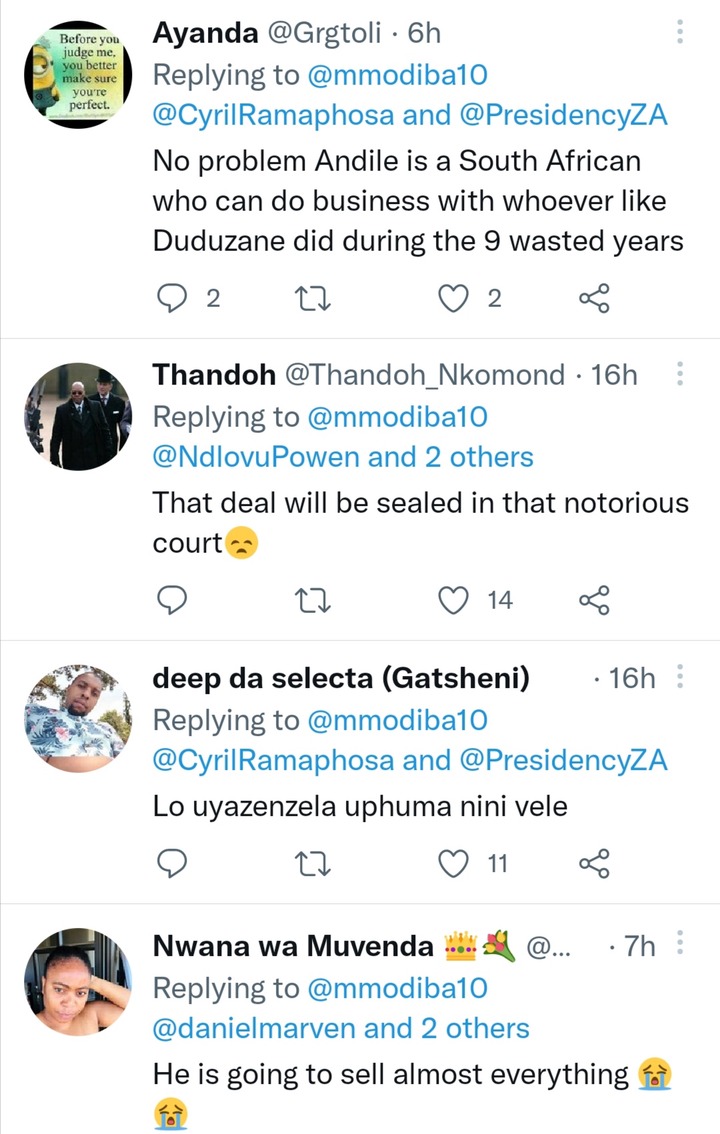 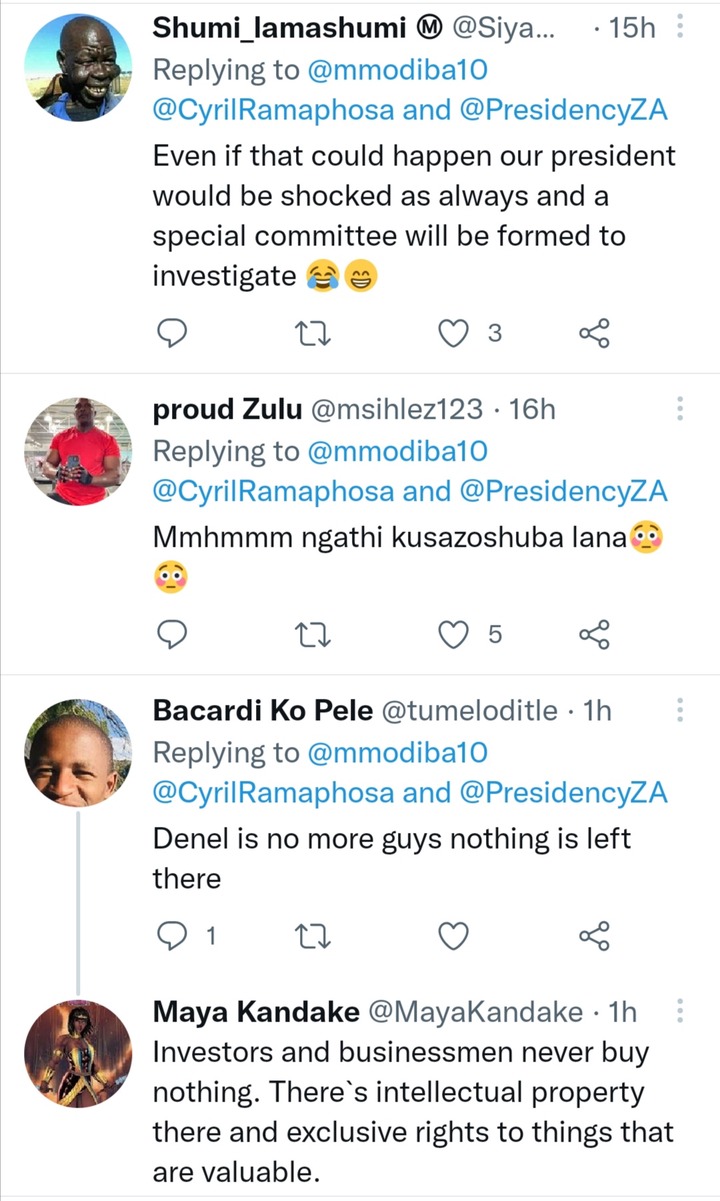 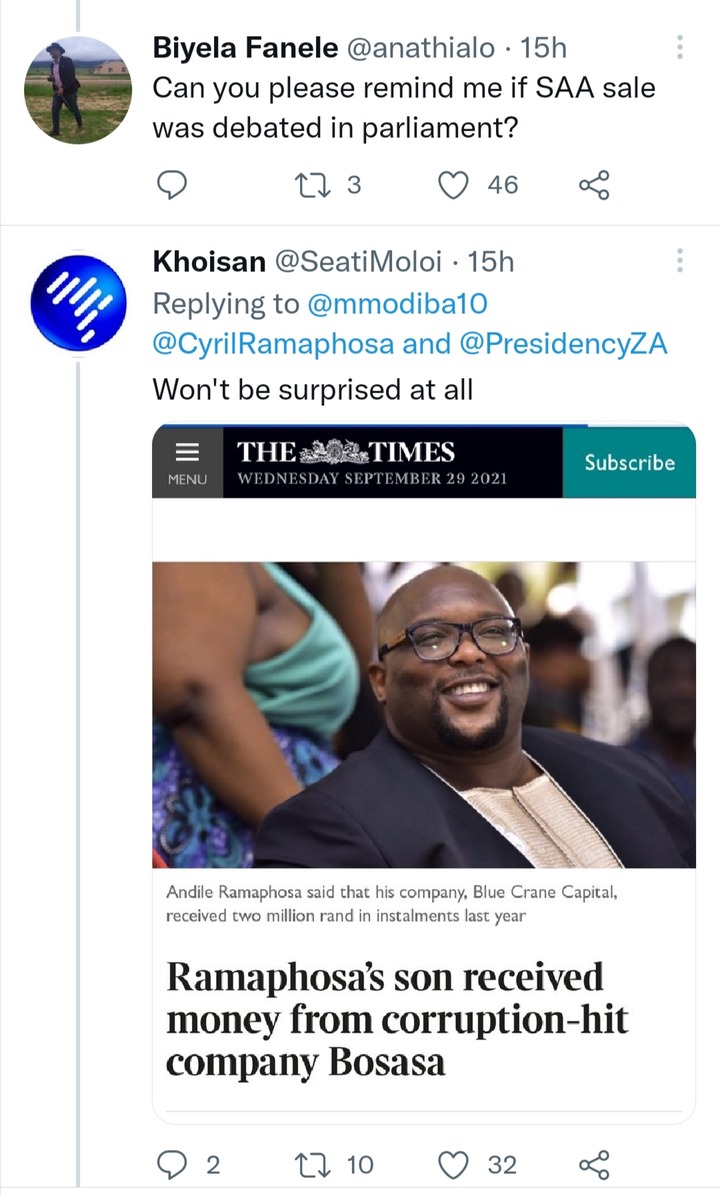