Jaw-dropping dinner by the Minister of Finance - Tito Mboweni has people in stitches. 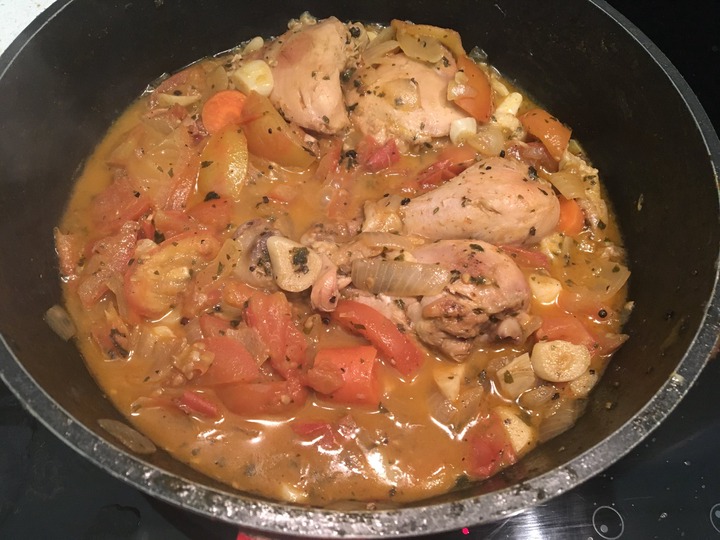 Black Twitter has kept their eyes on South Africa's Minister of Finance, Tito Mboweni recently as they're constantly criticizing his method of cooking. He tried it before, where he cooked tinned Pilchards and Twitter didn't have it. They teased him stating that he can call that cooking. There's no energy needed to call tinned fish. The way he chops vegetables has been in question too as most people say he doesn't know to even use a knife. By the looks of things, it has been a struggle in the kitchen for Tito as he doesn't seem to get it right. He asked his Twitter followers to help him decide on what to prepare for his dinner. He already had an idea of cooking chicken but he wasn't sure whether he should slow cook it or boil and roast it. "So it is Friday evening. Trying to think about what to prepare for dinner. Maybe some slow-cooked chicken pieces or boiled and then roasted? It's Friday!!," tweeted Tito. 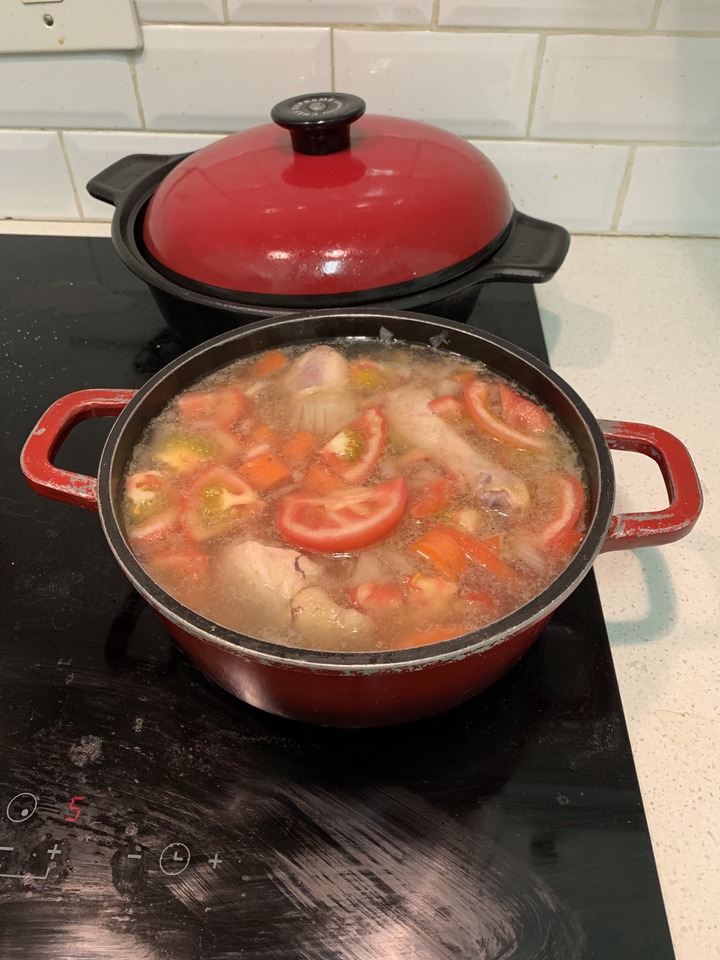 As soon as he tweeted there was already tweeps talking about his idea of cooking. Other's reflected on his previous meal and thought that he would prepare something similar to it.

@tshepang1602 - "So vele your relationship with pilchards is over, just like that? Anyway..."

@robzinterris - "We know you gonna add tin stuff of fish in that menu." 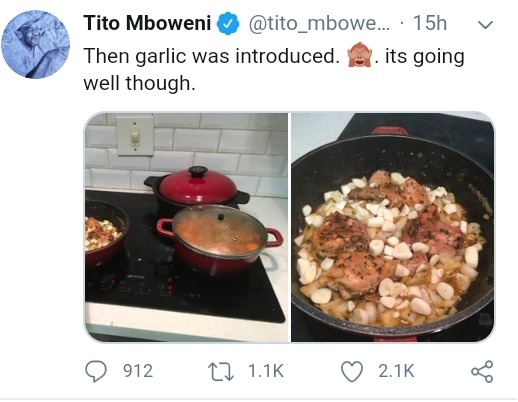 Most people were predicting that he will cook tin fish again, as they think he has a soft spot for it. Probably that's the easiest dish to prepare for Tito. However most people got it wrong, he had a few tricks up his sleeves. He chose to prepare boiled and roasted chicken. Once again the chopping style was in question as well the water in the pot. "There is progress but also this mess!! I hate cleaning up! The finished product after two hours. Later," tweeted Tito. 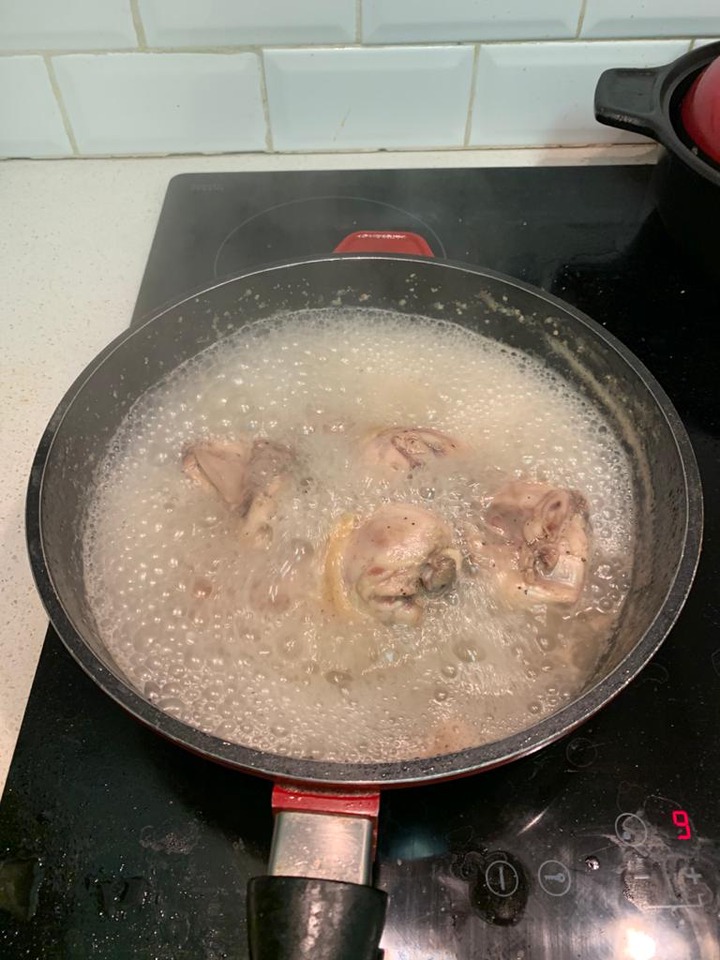 @KaConfessor - "This is not cooking, this is boiling."

@MkondeKitha - "What in the dam of tomatoes is this Minister."

Everything went pear-shaped when the Minister decided to show Black Twitter the final product. Oh well, let's just say it was not what many people were anticipating. People wanted to file an initial complaint about the Minister's cooking and how humiliating it was to see on social media such food. @KaConfessor - "That chicken needs a life jacket to stay afloat."

@Mphoza94834444 - "Minister it shows that you are cooking a free-range chicken but unfortunately you are just a bad cook."

Tito has an unorthodox method of preparing food. At least he can himself a big pat on the back for actually doing what many men struggle with and that's cooking. It doesn't matter if you're boiling too, as long you can eat homemade meals. 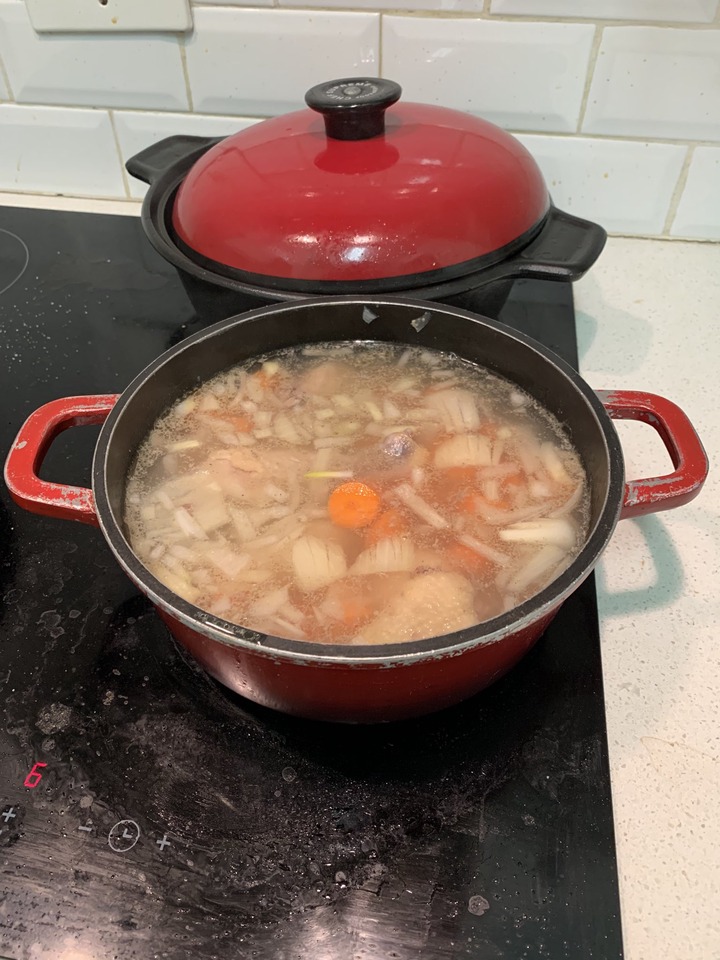 Would you eat Tito's food? What's your take on his way of preparing food?

We're also opened for any suggestions in terms of articles to cover.