By EMunyai (self media writer) | 22 days ago 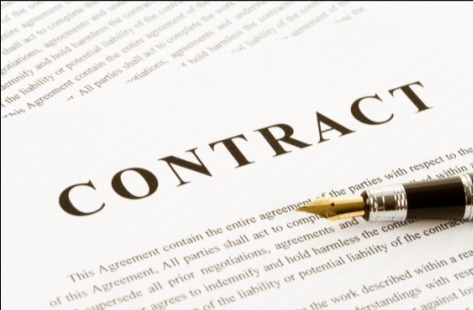 When Peter was lying on the hospital bed Quinton, the well-known money launderer that always has ways of getting whatever he wants arrived in demanding for payments. His interest rates were excessive in that only desperate people will go to him for financial assistance and he took advantage of such situation. The time Quinton arrived at the hospital he overheard discussion between hospital Surgeons about a medical experiment which requires volunteers. Whoever was going to participate on such medical experiment was going to be rewarded financially. Quinton thought of Peter’s daughter and walk straight into the ward to make an offer.

Peter’s daughter was still at high school and it would be careless to allow such to happen. During the days of good health Peter had to abandon his high paying job from overseas so that he can be with his family and have a hand in raising his daughter. The problem which was tearing the mind of Peter was that Quinton was a connected man and trying to fight him would be like attempting to move a mountain. His thought was that if he can’t move a mountain he can try to have ways to cross it to other side but that required a strong mind with better preparation.

Since Quinton was having eyes and ears everywhere, eliminating his life will be similar with committing suicide. He had to come with a plan to outsmart and evil man on his game in order to protect his family from the evil. On that time, paying the debts seemed to be impossible since he had to pay hospital bills including taking care of his loved ones. Quinton payments had already passed the settlement date and his proposal to Peter was an option of doing away with a credit and that it was limited to negotiation.

The following day Quinton arrived with his men so that he can explain the offer to Peter. At the gate security personnel were forceful changed. They were told that any attempt of calling police officials would force Quinton to bomb the hospital. The good thing was that on the offer it was said that should he sign and accept that medical experiment should be done on his daughter the credit would be erased. The topic of the offer was called an offer to medical experiment which also had to include the names of both parties. He had no option than to sign the offer and wait to witness his family perishing before the hands of an evil man.

Quinton gave Peter a copy of contract and he was left with original pages. Peter realised that he was longer left with time to question himself about what was happening on his life; he had to make a plan which will save his daughter. He pulled himself and sits on the bed with his back supported by the cold wall. He took the contract and began to read, to avoid missing any words he used his medical card and move it along the lines which he was reading. He had no experience in identifying loopholes of contracts but he felt that every challenge has a lesson to learn.

Peter’s daughter arrived at the hospital and stand in front of him without being notices as Peter was reading the contact, but few minutes later he realised that her daughter was standing in front of him. He was very much remorseful when he looked on to the eyes of his daughter thinking that she might have got a chance to read through the contract, her fate was about to be decided soon. With doubt in his mind, he asked his daughter if she understands contracts. Young as she was, she told him that the best way is to focus on the executing of the contract as to how and when should the process or procedure is expected to happen and what were the expectations. As for Peter, his daughter has given him enough methods to focus on the contract.

The day of testing the contract finally arrived; Peter and his daughter went to the boardroom to meet Quinton’s lawyers including lawyers of the hospital. During the procession Peter was quiet waiting for his moment to arrive. He told everyone who was in the boardroom that he really accept and appreciate the contract but terms of the contact never said anything about touching, piercing or cuts which should be done during the experiment. Lawyers argued that it was obvious reason that experiment would be possible by performing piercing, cutting or touching but Peter stated that he was not arguing on a matter of thought but terms of contract. They were left with no option than to allow Peter with his daughter to leave unhurt and Quinton lost his money.

Content created and supplied by: EMunyai (via Opera News )