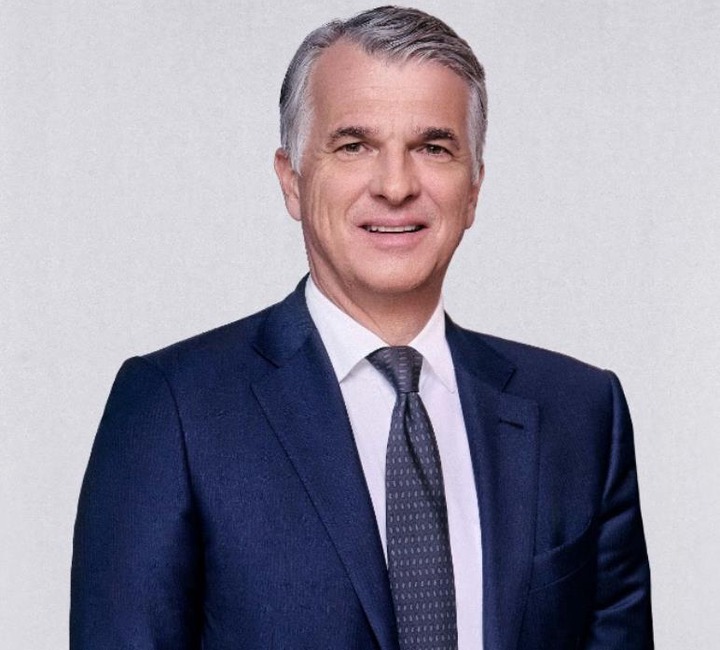 Sergio P. Ermotti, chairman of the board of directors of Swiss Re Group. [Photo/Swiss Re]

Swiss Re Group, with its strong position in insurance, reinsurance, and insurance-based risk transfer, has vowed to use its expertise to support Shanghai in achieving higher goals as an international financial center during the 14th Five-Year Plan (2021-25).

According to Sergio P. Ermotti, chairman of the board of directors of Swiss Re, Shanghai has made solid progress in the construction of an international financial center, evidenced by the continual rise in its global rankings.

Shanghai ranked third among 126 financial centers in the world, an increase from 24th in 2007, according to the Global Financial Centres Index, published by the Z/Yen Partners in collaboration with the China Development Institute in March.

Despite its significant progress, Ermotti said the megacity still has some catching-up to do in its quest to become a center of global business and finance.

"That includes the insurance sector," the board chairman said in his report to the 33rd annual meeting of the International Business Leaders' Advisory Council in Shanghai on Oct 15. "Using insurance penetration as a gauge of the sector's development, we see that although penetration in Shanghai rose to 4.8 percent in 2020, from 4.5 percent in the previous year, that is still well below the 2019 global average of 7.2 percent."

According to Ermotti, Shanghai has to pay greater attention to systematic disaster risk reduction, which is a key factor for Shanghai's long-term sustainable development, and for the prosperity of its 25 million people.

With an increasing number of businesses and a population influx into the coastal city, as well as destructive typhoons, flooding and storm surges, effective tools to cover risks caused by climate change are needed, Ermotti said.

"What we need is for Shanghai to drive a systematic approach, leveraging the expertise of reinsurers and insurers to help households and businesses manage the challenges of climate change," he said. "Swiss Re, as specialists in risk transfer solutions, see strengthening the resilience of Shanghai's infrastructure, its businesses and its society as a very important area for cooperation."

China is taking increasing steps toward its net-zero emissions target, and Swiss Re said it is ready to support China's green transition.

"As institutional investors with long-term horizons, reinsurers are well positioned to invest in the transition to a low-carbon economy," Ermotti said. "The reinsurance sector can contribute to China and Shanghai's net-zero emissions target by participating in sustainable long-term infrastructure investments."

In recent years, Shanghai has been reporting a rapidly increasing aging population, and the figure is expected to only rise further. Swiss Re is keen to contribute to mitigating the impact of an aging society and strengthen people's resilience in the last phase of their life by providing additional financial protection, according to Ermotti.

"We see that individuals and households are increasingly exposed to risks that can disrupt their ability to provide for old age through their own savings," he said.

"Reinsurance companies are risk absorbers. We can leverage our financial capacity to provide insurance coverage for the elderly. This in turn contributes to public and private sector pension funds."

"China is our most important growing market. According to Swiss Re Institute, China is on course to become the world's largest insurance market by the mid-2030s," Ermotti said.

"At Swiss Re, we want to be a trusted partner for progress with our Chinese stakeholders to make the society more resilient."

Yang Yuchao contributed to this story.