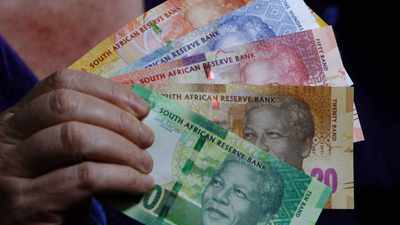 THE South African economy has shrunk by 1.5% in the third quarter of this year.

Maluleke said the rise of Covid-19 and the closure of the country at various stages as well as the July riots were the main cause of the economy.

He noted that the economy was growing in the last quarter but that the July to September crisis had disrupted it.

The worst affected industries are agriculture, trade and manufacturing.

Agriculture fell by 13.6% as less livestock was produced.

He said there had also been a cyber attack on South Africa which had disrupted the operation of ports that were important for the import and export of goods.

The manufacturing sector fell by 4.2% which was also hampered by the July riots as well as the unavailability of certain imports.

Maluleke said transport was also disrupted as trucks could not get in and out of KwaZulu-Natal during the riots. The planes were also disrupted because the country was not well opened.

Other sectors have grown steadily, among them the 1.2% increase in finance, self-care including private hospitals that have been helping to vaccinate people. The government increased 0.4% as it employed people in various programs during the Covid-19 period.

Economist Professor Bonke Dumisa said they were expecting the economy to collapse because it was already underdeveloped, and the July riots he called economic crime had hit the economy hard.

He said the situation would probably improve in the fourth quarter, with figures released next year.

In a statement to the media, Chifi Mhlango, an economist at the Don Consultancy Group, said it was alarming that the news of the recession was expected as the unemployment rate had dropped to 34.9%.

He said the economy would not grow well because of the July crisis, Eskom's frequent power outages as well as the challenges posed by Covid-19.

He concluded by asking industrialists to buy products to make different products here at home and stop importing everything from abroad.