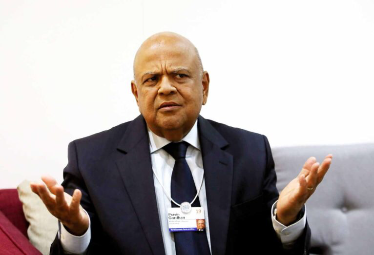 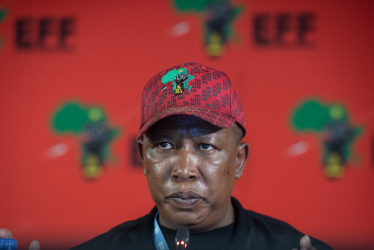 The Economic Freedom Fighters (EFF) have added their voice to the developing calls for Eskom (CEO) André de Ruyter and the utility's board to be terminated the heap shedding emergency.

In an assertion on Wednesday, the Red Berets said encouraged President Cyril Ramaphosa to break up Eskom's board, blaming it for neglecting to give key direction to lead the parastatal's administration.

The EFF has been in constant conflict with Gordhan for quite a while at this point and has marked him as an "exploitative and clumsy" serve.

The party asserted Gordhan was intriguing with large business, as a feature of a bigoted undertaking, to implode South Africa's state-possessed endeavors (SOEs) with the sole reason to fall them so they can be sold.

It said the arrangement to "deny the condition of every single key resource" was intended to upset any endeavors by government to execute redistributive strategies that would address destitution, disparity, and joblessness.

"Under Gordhan political authority, SOEs' monetary and the board emergencies are developing without a functional and implementable arrangement to safeguard them.

"These tricks began with the total breakdown of South African Airways (SAA), and the equivalent is being done to Eskom, Denel and Transnet as purchasers are arranging to pick South Africa's sovereign resources for barely anything contrasted with their improvement command and possible accounting report and kindness," the EFF said.

The EFF pummeled Eskom's present board and the executives saying when it was named there was a lot of exhibition and responsibilities to fix the country's energy emergency. Nonetheless, they have focused on the interests of Independent Power Producers (IPPs) whom, the EFF said, were an immediate contest of Eskom.

"The CEO of Eskom has gone similarly as talking freely that Eskom should move back its ability, and the private area should become the overwhelming focus in age of power.

"The current Eskom load up and the board come up short on the vital skill and ability to oversee such complex frameworks, as they have shown consistently by their inability to settle energy supply."

The EFF guaranteed that Gordhan's proceeded with presence in Cabinet addressed "the presumption and negligence at the most elevated office of the situation of millions of organizations that are shutting down because of temperamental stock of energy and numerous youngsters who can't look for a job."

The EFF said it was justified by the delayed episodes of burden shedding since it had "accurately" called De Ruyter's arrangement in 2019 nonsensical and disgraceful on the grounds that it accepts he isn't able to oversee Eskom.

The party said De Ruyter's refusal to willfully leave showed the "level of white pomposity even notwithstanding inauspicious disappointment".

"His self-importance is encouraged by timid board chiefs that safeguard even the most faulty as long as it has the traditional press chorale singing for them. They should all go at this point!"

Talking at a media preparation on Tuesday, De Ruyter said he would not willfully leave the power utility after the Black Business Council (BBC) and the National Union of Mineworkers (NUM) required his renunciation.

He said it was smarter to take into account the continuation of the current administration to manage Eskom's power emergency.

"You can beat a dead pony or even go above and beyond and change the rider on the dead pony yet that won't take care of the issue," De Ruyter said.

Eskom carried out stage 3 burden shedding from 5am on Wednesday and its normal to go on until Friday at 5am.

This will be trailed by stage 2 burden shedding, which is relied upon to end at 5am on Saturday.

"We Have No Appetite to Entertain Zondo Commission Report." Malema