One of the employees named Mzomuhle Ntuli at Bathu had a rant on Twitter where he spoke about the treatment they receive working for the CEO. 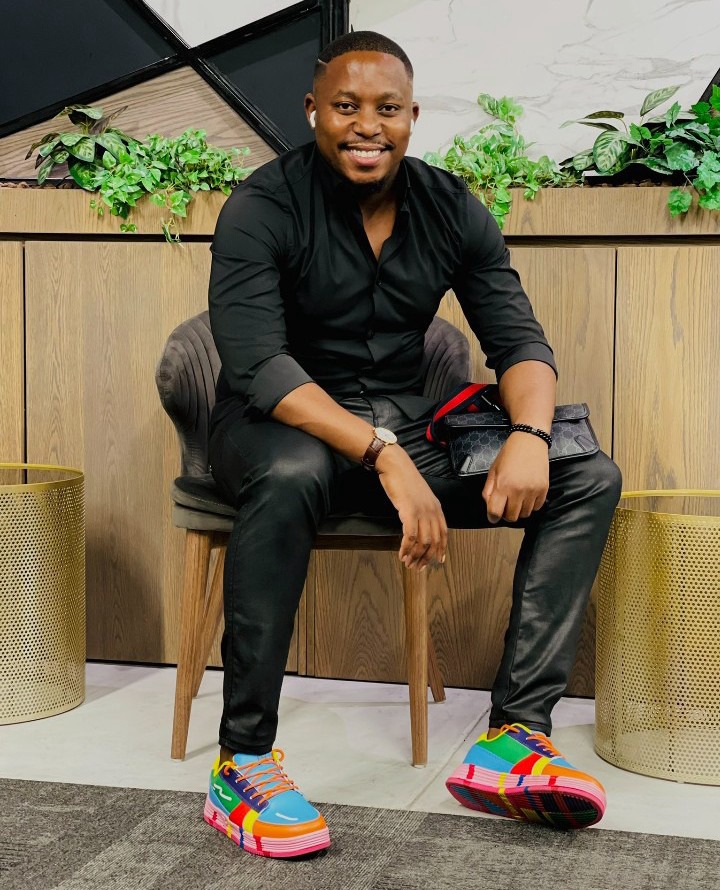 CEO, Theo Baloyi is the founder of the South African sneaker brand called 'Bathu'. He started the sneaker business 6 years ago as he wanted to bridge the gap when it came to African produced sneakers and he says he wanted to create sustainable jobs for South Africans.

He is an accountant by profession and has worked for a duration in the middle east. His company has over 300 people that are employed nationwide in their stores. Theo has stores in the eastern and western parts of Africa and his mission is to build more stores across the Africa. 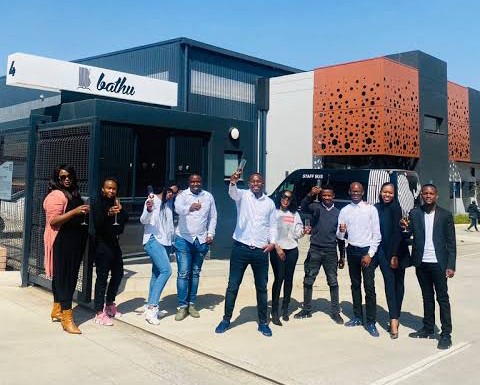 He says this success was not without its failures but with perseverance his company because a success. His business is ranked in the 100 Top African Brands at number 10 and this just proves his work ethic.

His South African stores are doing very well to the extent where has has created buses for the employees when they work late. Theo understands that when you take good care of your employees they then in return have good work ethic. 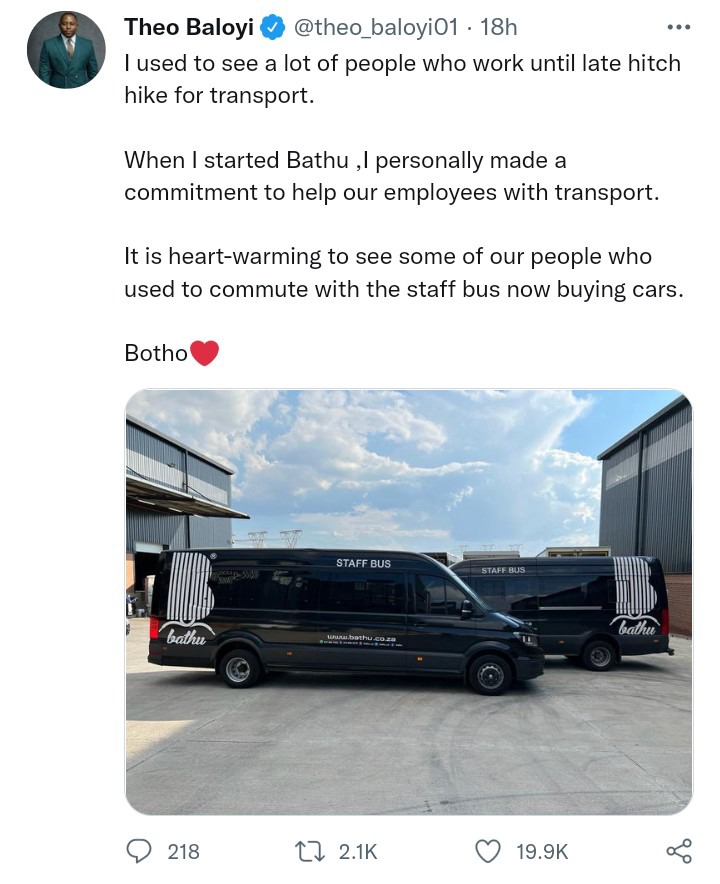 Social media is gushing over the CEO as one of his employees, Mzomuhle Ntuli posted a tweet on Twitter regarding the way in which they are treated working at Bathu. The employee says that since working at Bathu he has had to endure using the buses to and from work and because his salary is very good, his resorted to buying his own car and he misses the chatter and connections amongst the colleagues in the bus. Theo was very amused by his employee's remark.

Twitter is praising him for creating such a good working environment and putting his employees first. Some of the users on Twitter were asking Theo to hire them as they can see that he is a great Employer.

Below are the Tweets on this: 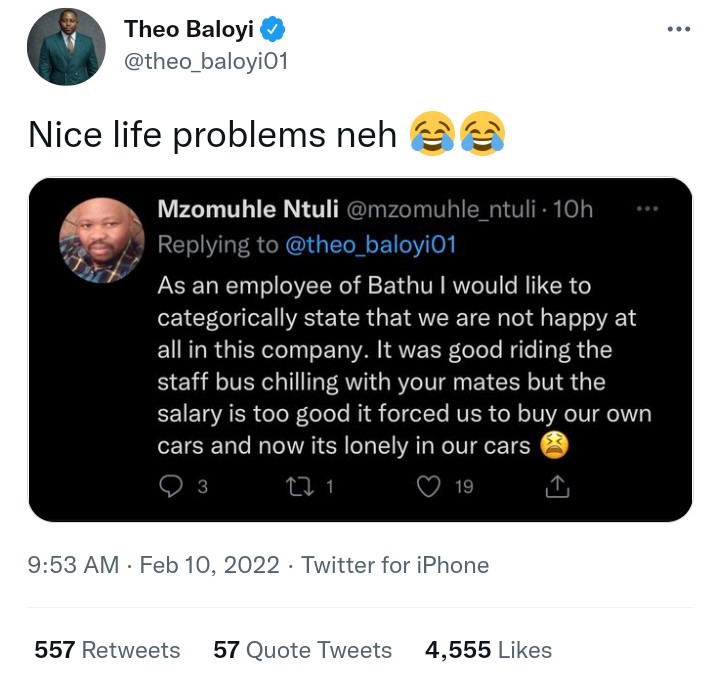 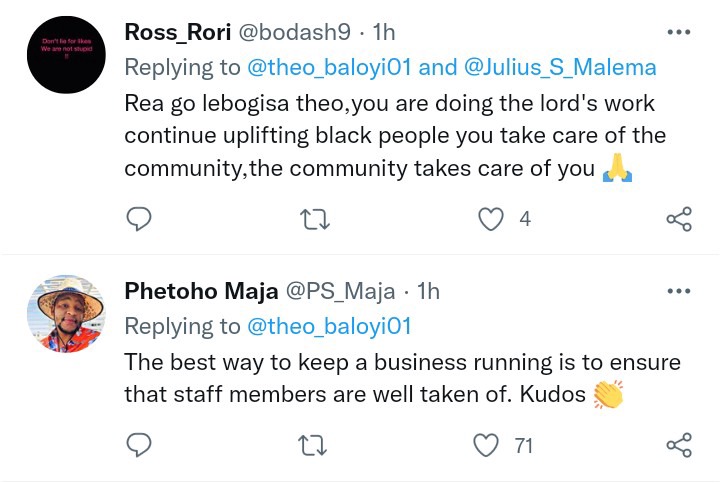 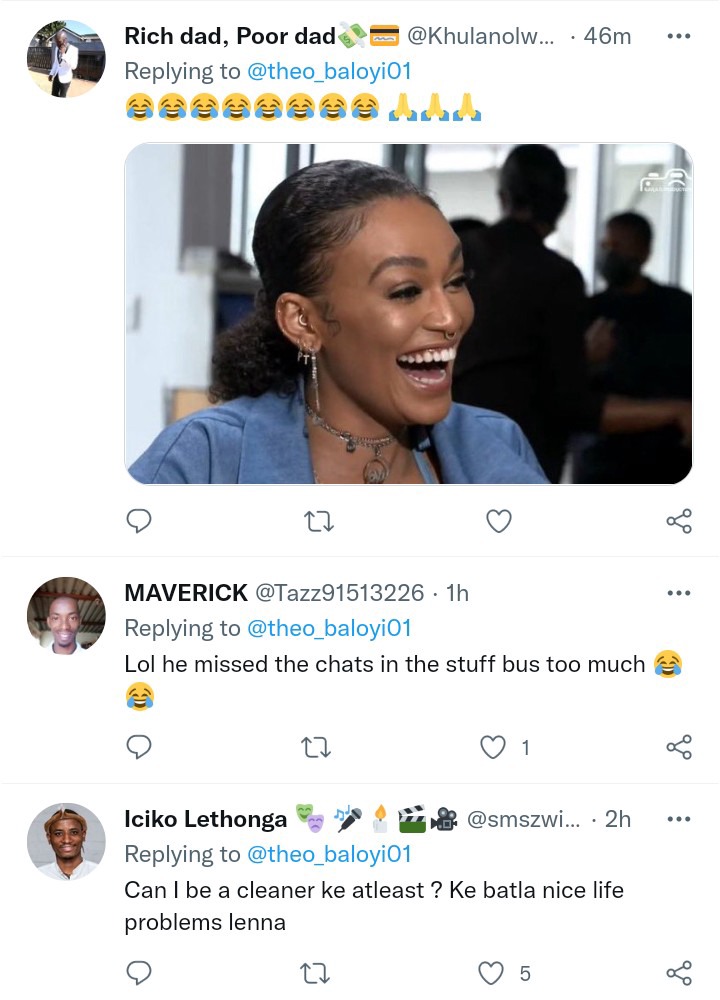 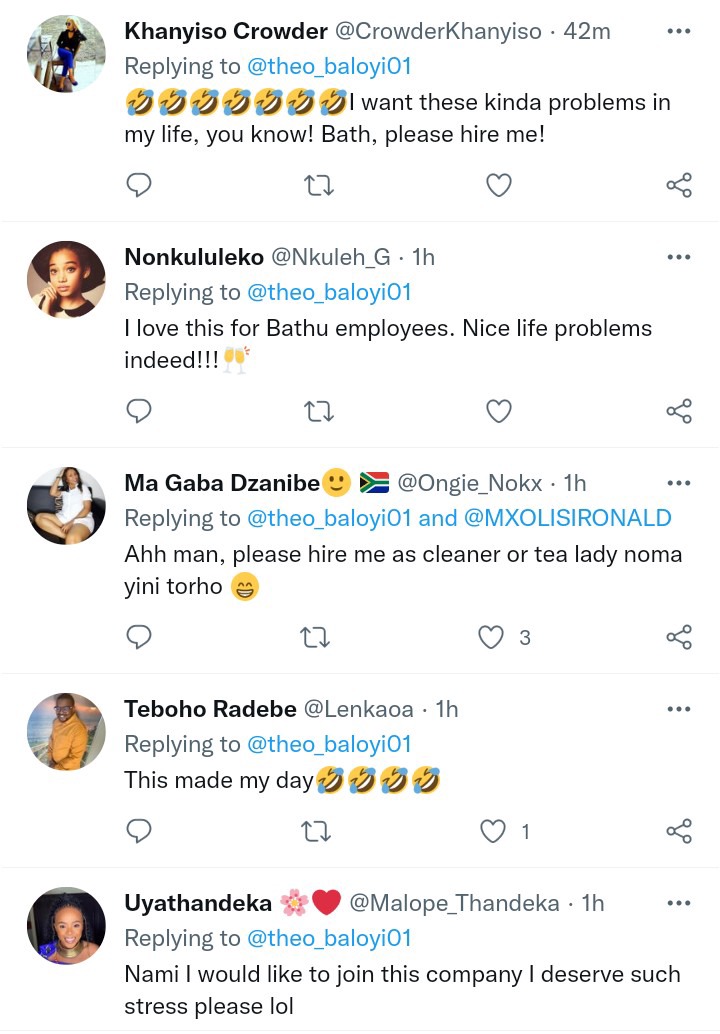 Leave your comments below on what your thoughts are about Theo Baloyi and his sneaker brand 'Bathu'.

Content created and supplied by: 2022News (via Opera News )

VIDEO: The man in white shirt calls himself the captain of the group driving Bakkies in Limpopo