On Wednesday, central bank officials issued a warning that inflation will last longer than many had predicted. 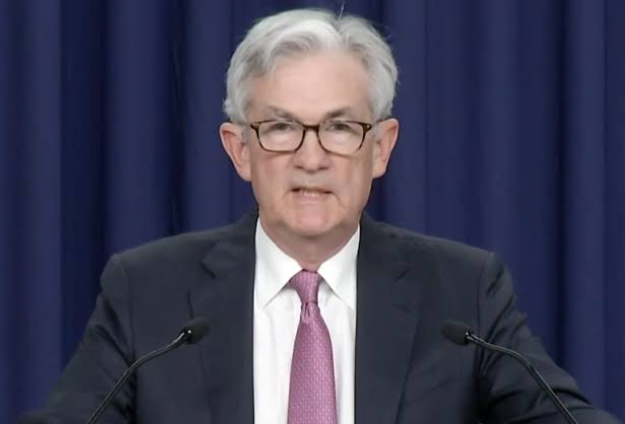 After central bankers reiterating their inflation warnings at the European Central Bank's (ECB) annual symposium on Wednesday, bitcoin slid toward the $19,000 mark during the Asian afternoon hours.

The asset has lost 5.5 percent in the last day and is on pace for a record monthly loss of 40 percent. Ether experienced a 24-hour decline of 9.9 percent, and Solana's SOL dropped as high as 11 percent, among other significant cryptocurrencies to experience weakness. The market value of all cryptocurrencies dropped by 4.3 percent. 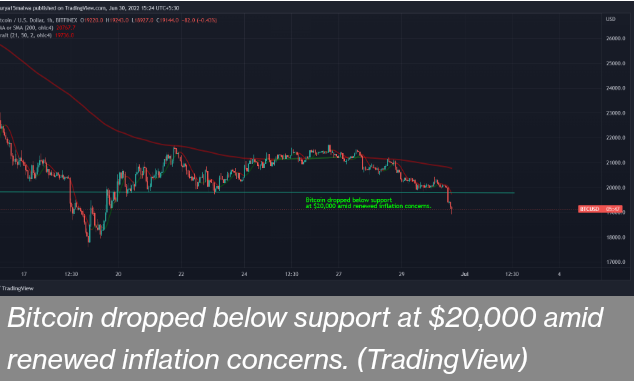 Is there a chance that we might go too far? There is a risk, without a doubt," Powell added. "Failing to restore pricing stability would be the worse mistake to make, to put it that way,"

According to Reuters, Powell said the Fed needed to hike rates quickly because a gradual increase might give consumers the impression that higher commodity prices will continue. His remarks from about a week ago implied that rate increases would ease off before the next year.

Following Powell's remarks, U.S. equity market futures declined, with those for the S&P 500 dropping 1.59 percent and those for the tech-heavy Nasdaq 100 losing 1.9 percent. Japan's Nikkei 225 fell 1.54 percent, and the Asia-focused index Asia Dow down 1.14 percent, putting Asian markets in the red.

In the face of escalating pricing pressures, central banks throughout the world are considering raising interest rates. This week, Spain announced the highest inflation rate in 37 years, at 10%, while China and India are concerned about the possibility of an economic slowdown.

Such worries increase the critical selling pressure currently present for bitcoin. The asset has lost over 58 percent this year and recently traded similarly to volatile technology equities.

Contagion threats from the cryptocurrency sector, such as the potential insolvency of crypto lenders and the collapse of well-known crypto fund Three Arrows, have further pushed the asset that was initially intended to serve as a potential inflation hedge downward.

South Africa in another season of grieving: Tokollo Tshabalala has died