Gupta brothers bounce back in disguise?

The Gupta name and controversy are nothing new in South Africa.

The sale of the Gupta owned Optimum Mine has come under scrutiny.

This was set to happen by March 28, the deadline for the business rescue process, but it now hangs in the balance.

While it is known McGowan was a partner of Gupta in-law and Sun City wedding groom Akash Garg in Centaur Ventures Ltd (CVL), it is links with Gupta lieutenant Salim Essa through financial dealings with Trillian that the NPA says could indicate that he participated in money laundering.

McGowan denied the NPA’s claims this week, saying he has already sunk R350m into OCM to resume operations.

In his supporting affidavit in the preservation application, Investigating Directorate chief financial investigator Sibusiso Tshikovhe says the Guptas relied on laundered money to buy the mine from Glencore.

Tshikovhe has based his work on researcher Paul Holden’s study of the movement of stolen state-capture funds, as well as reams of bank statements and an affidavit of former Trillian CFO Tebogo Leballo. It has enabled the NPA to uncover the movement of hundreds of millions of rands stolen through state capture and laundered through what appear to be legitimate transactions.

One alleged example is a R313m “loan” payment Trillian received from McGowan’s Centaur Mining that Leballo said was described as an “upfront engagement fee” after Trillian Advisory was appointed by Centaur to raise capital.

“When challenged by Leballo on why a company looking to raise capital was in a position to pay R350m upfront, Essa changed his story repeatedly, first claiming they were advance payments to Trillian in relation to an acquisition, then claiming the payments were a loan to him to invest in Trillian, and finally accepting the payments could be treated in the books of Trillian as a loan from Centaur Mining,” Tshikovhe said.

At Essa’s instruction Leballo transferred R266m of the money out of Trillian’s account to a Sahara Computers subsidiary, Cutting Edge, and on to Sahara Computers’ Bank of Baroda account. Sahara then moved R258m to Islandsite Investments, from where it was moved to Oakbay Investments and other companies. 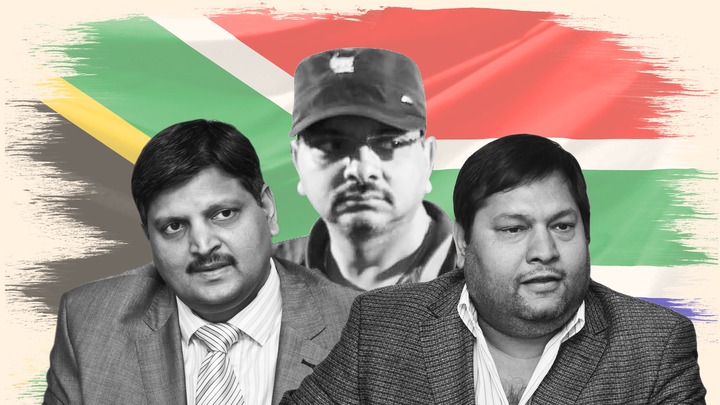 The money almost corresponded to aggregate payments CVL made to Centaur Mining, most of which came from Gupta-owned Dubai-based Griffin Line Trading, controlled by Ajay Gupta’s son Kamal Singhala.

In an affidavit before a Bermuda court, McGowan said the money Griffin Line paid to CVL was “stolen from the South African government and laundered via Singhala on behalf of his father and wider family members”, according to the NPA.

Tshikovhe’s affidavit also quotes an email McGowan wrote to Essa in December 2016 in which he advises Essa to conclude certain loan agreements. The NPA alleges these were designed retroactively to make money flows “originating with proceeds of crime offshore in Griffin Line, and then laundered through CVL, Centaur Mining, Trillian, Cutting Edge, Sahara, Islandsite and Oakbay into various operating companies of the South African Gupta group” appear legitimate.