R2.1b for Optimum Coal was sourced from criminal funds

The acquisition of Optimum Coal Holdings (OCH) by Tegeta Exploration and Resources on behalf of Eskom was one of the primary events that led to the formation of the Zondo Commission. It was also one of the primary focuses of the report titled "State of Capture" that was issued by the Public Protector in October of 2016. The Public Protector (PP) came to the conclusion that the acquisition was sought by illegal means and that practically all of its costs were covered by the proceeds of criminal activity. As may be seen in Section VI, Volume III of the Zondo Report, the commission arrived at the same conclusion (pages 80 to 95). 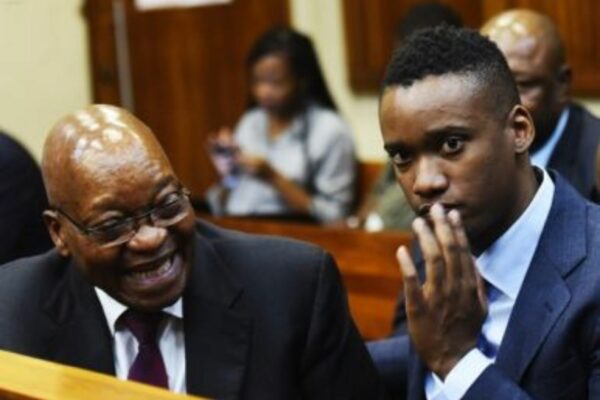 In the section of the Zondo report devoted to Eskom, the illegal shenanigans that were engaged in by puppets controlled by the Gupta family have previously been described. After being assigned to Eskom in April 2015, Brian Molefe "immediately set about scuppering advanced negotiations between Eskom and Glencore" regarding an Eskom-imposed penalty. Molefe and Dr. Ben Ngubane, the head of the Eskom board, pushed for the suspension of all mining licenses held by Eskom. Ngoako Ramatlhodi, who was serving as minister of mineral resources at the time, declined, and in September 2015, former President Jacob Zuma appointed Mosebenzi Zwane to take his position. Molefe was also responsible for derailing the Phembani Group's attempt to purchase the Optimum Coal Mine (OCM).

On November 22, 2015, an Eskom board member named Mark Pamensky paved the way and provided advice to Atul Gupta. Pamensky told Gupta that "Oakbay should ensure that a condition precedent for the OCH acquisition sale should be Eskom's withdrawal of the R2.17 billion penalty claim." Pamensky also provided guidance to Gupta on how to convince the Eskom board to approve the deal. Oakbay's offer of R1 billion for OCM was turned down by Glencore on November 25, 2016, and in response, the Department of Mineral Resources under the leadership of Zwane issued false notices in accordance with the Health and Safety Act in an effort to close down Glencore operations. Tegeta was forced to come up with the necessary funds once Glencore yielded.

Former executives of Eskom Matshela Koko and Anoj Singh "prepared a motivation for Eskom to prepay Tegeta R1.68 million" for a year's supply of coal, despite the fact that Hendrina appeared to be oversupplied. This occurred despite the fact that Matshela Koko and Anoj Singh were both employed by Eskom. Even though it was abundantly evident that this would serve Tegeta's interests rather than Eskom's, the board of directors of Eskom unanimously agreed to accept the decision to pre-pay for the coal in December of 2015. At the beginning of April 2016, Tegeta had a shortfall of R600 million, and Eskom had already provided another prepayment of R659 million.

On April 13, 2016, Singh and Molefe hurriedly processed the payment, even though it had already been approved by the board. The Zondo Commission pointed to Section 2 of the Prevention of Organized Crime Act (Poca), which makes it a crime to receive the proceeds of crime. This provision was cited as supporting their position. The commission has reached the conclusion that there are sufficient reasons to suspect that individuals such as Duduzane Zuma, Salim Essa, Ronica Ragavan, Ashu Chawla, and members of the Gupta family may be in violation of Section 2 of the POCA.