Good news for South Africana after this happened

President Cyril Ramaphosa and his Ivorian partner Alassane Ouattara on Thursday resolved to resolve normal issues looked at by their nations, including destitution, joblessness, and disparity.

"In light of the needs and near benefits of both our nations, we have settled on the need to expand interest in esteem expansion in agribusiness and agro-handling and advancement in the mining area.

"We are hoping to grow exchange oil-based goods, new produce, retail, and agrarian items, and to investigate openings for clinical and instructive the travel industry," said Ramaphosa.

Ramaphosa is on a West African visit to Nigeria, Ivory Coast, Ghana, and Senegal. Ivory Coast was his second stop after Nigeria, which denoted the tenth meeting of the SA-Nigeria bi-public commission.

Ramaphosa said SA and Ivory Coast will focus on interest in open private foundation projects as illustrated in the Ivorian public advancement plan 2021-2025.

SA's interest in Ivory Coast is developing quickly. Various SA organizations, including significant banks and media transmission organizations, are working in the country.

"A few of our state-claimed endeavors are arranging speculation advancement exercises in areas like oil and gas, mining, and geoscience," he said.

"By expanding financial co-activity, we are hoping to address our normal difficulties of destitution, joblessness, and imbalance, with a specific spotlight on the strengthening of ladies, youth and individuals with incapacities."

On Covid-19, Ramaphosa accentuated the requirement for "a critical and viable" recuperation. He said thanks to Ouattara for proceeding with the state visit notwithstanding the movement boycotts forced on SA by certain nations after the revelation of the Omicron variation.

"The inconvenience of movement prohibitions on SA and various nations in Southern Africa is unfortunate, out of line and informal. Considering that it was our African researchers who initially recognized the Omicron variation, it is additionally an insult to African greatness and mastery.

"These boycotts will make untold harm specifically travel and the travel industry ventures that support organizations and occupations in SA and the Southern African district." 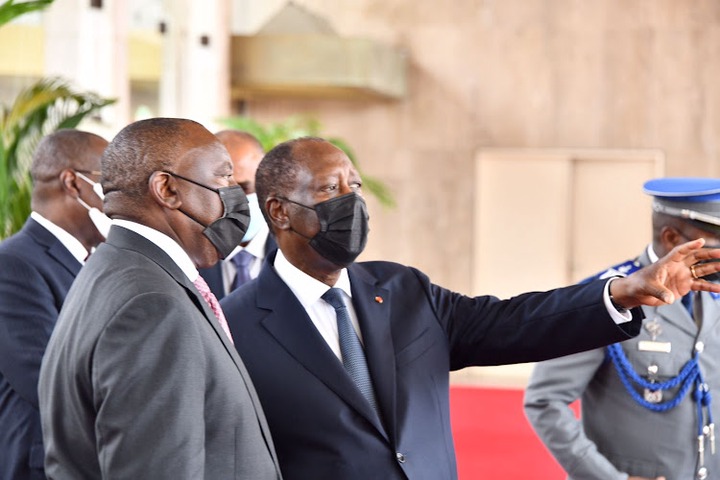 Ramaphosa again required the movement limitations to be critically reexamined and lifted.

The two presidents likewise talked about solidification of the majority rules system on the African landmass and the standards of the African contract on majority rule government, decisions and administration.

"We have consented to take care of together on multilateral and worldwide problems of common concern, including the change of the UN Security Council," he said.Ramaphosa concludes 'historic and very significant' bilateral talks with Ivory Coast (timeslive.co.za)