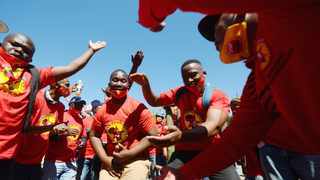 THE Steel and Engineering Industries Federation of Southern Africa (Seifsa) has hailed the end of the National Union of Metalworkers of South Africa (NUMSA) strike (Numsa).

The country's largest trade union, on the other hand, committed to keep fighting what it called the "blatant robbery of the labour surplus value of the true producers of wealth — the workers."

Numsa reminded the country that their struggle was for the advancement of humanity, not for greed and profit maximisation for a few at the expense of the many.

"It is within the context of this more in-depth and sober consideration that the Numsa special NEC met last night and decided to accept the current 6% on minimums, notwithstanding our prior demand that it be given on actuals,"

According to Seifsa, the agreement covers the period from July 1, 2021, to June 30, 2024, and represents a complete and final settlement of salary and working conditions.

"Wages will be modified on average by 5.49 percent during the three-year period, with a general labourer receiving 6% and craftsmen 5% calculated on rand and cents on the planned rates," the organisation added.

"As a federation representing employer groups that employ the majority of engineering personnel," Jim stated, "Seifsa wasted an opportunity to use its majority to break with the racist past."

Numsa has requested that all employer associations enable its members to report to work beginning Friday, October 22 and ending Monday, October 25.

The River: it is a wedding Day as Andile weds Njabulo