Meet A Young Man Who Was Fired From His Job, But Didn't Let That Get Him Down This man’s story is one of the most inspiring stories that you can get coming out of these townships and it just tells you that it is never too late or you are never at the wrong place to start whatever that you want to start, a man who had always envisioned being a business owner seized the opportunity to bring his vision to life after he lost his job.

Nthako Makhalemele runs his own computer and cellphone repair company in his yard in Vosloorus Ext 9, 7819 Khaka Street lately, disclosed saying that he was devastated and worried when he lost his job, but he couldn’t allow his debacle to dictate his future, so he decided to implement an idea that he always had on his mind and today his running his own business in Vosloorus. 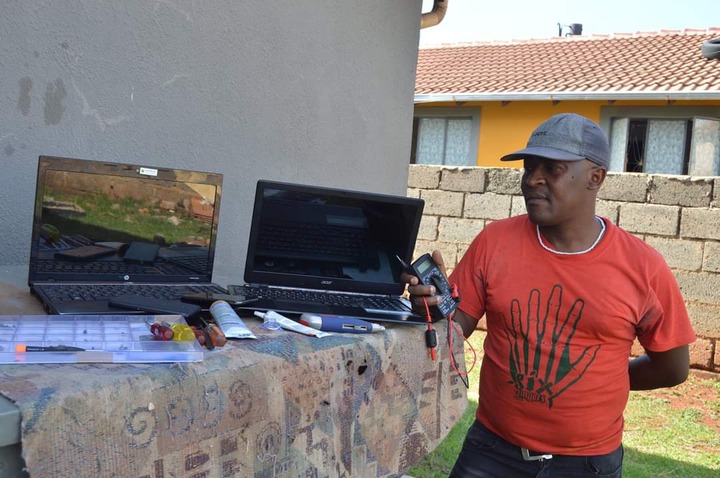 Makhalemele said, “ I recalled those days when used to tell me colleagues that I wanted to start my own business, I was willing to implement my idea during that year unfortunately I couldn’t because I had other personnel things to do which stalled the establishment of my business.

“However in 2016 I decided to put my idea into practice and I started fixing computers, as time went by I learned how to fix cellphones and I took the learning process seriously as it was something I’m passionate about and now I’m fixing both computers and cellphones.

He elaborated further saying he is using his current company to raise funds so he can establish a manufacturing company that will create job opportunities for South African people as he is aware that most people in South Africa are unemployed.

He went on to further say that the company is simply a stepping stone towards something greater because he wants to establish something that will be worthwhile for a very long time, and ordinary members of the public are just inspired by this man story.