Opinion: Trans-Saharan trade was facilitated by the arrival of Camels 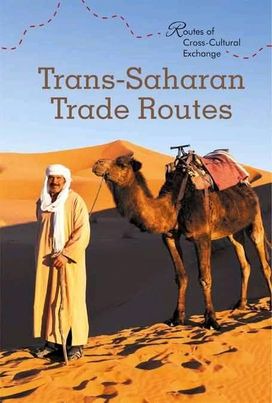 According to Ibn Battuta, a 14th century Arab writer, Trans-Saharan trade was facilitated by the arrival of Camels from the Arabian peninsula in the 4th century CE into West Africa. Camels were more reliable on the desert trails than horses and carried up to 150kg of load across the desert; A 'caravan train' of camels with load made up of up to 12000 Camels per trip. West African economies were flourishing at this time.

Arabs brought in Mediterranean goods like salt, spices and ornaments in exchange for gold. Gold was very important in ancient time even much more than now. The Kemets(Egyptians at that epoch) called it 'the breathe of the gods.' The Aztecs called it 'the sweat of the sun.' Such was how much gold was valued.

Before the discovery of the Americas by Western Europe, West Africa was where most of the gold came from... into Arabian peninsula and then europe and India.

Trade relations made most Mediterranean goods very expensive in West Africa. For example, 'a horse that could be bought in southern Europe for 10 ducats could be sold for 40 in West Africa. Same for other goods.

The varying languages around West Africa gave rise to 'silent barter' between the merchants and the natives.

The 'merchants will come close to the communities of the natives, place heaps of goods of different sort, then beat a drum and blow a horn repeatedly and then leaving the goods, withdrew beyond the horizon.The natives will come over and place a heap of gold besides the goods they wanted and withdraw as well.The merchants returned. If they found the amount of gold to be enough for the goods, they carried the gold and left the goods...' the transaction was complete. So it went.

So much gold found its way into Arabian peninsula, southern europe and India to an extent that myths began to develop over the situation.

According to a 10th century CE Iranian(formerly Khwarezmian Empire), Geographer, Ibn Al Faqr in The Book of Lands, myths came up in Europe that 'in Africa, gold grows in the sand like carrots do... and is picked at sunrise.' Another was that there was 'a mountain of gold that was being kept secret by African kings.' This wasn't true. Gold was found in small portions in various places around West Africa especially Mali and Ashante kingdom in what later became known as Gold Coast.

When Mansa Musa made his ostentatious pilgrimage to Mecca, squandering so such gold in the Arabian peninsula 'the news went wild into the then known world, about gold in Africa'