Once upon a time in Zimbabwe: Opinion 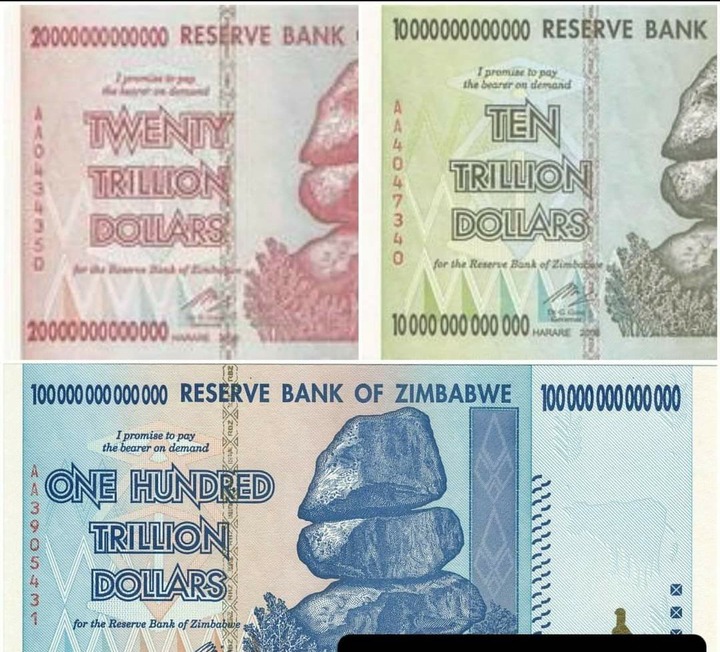 This is what Zimbabwe went through, this was one big challenge that made it a laughingstock. Since then the Zimbabweans have been running away from their country in numbers. By them doing this, a lot of people started refusing to accept their local currency due to the power that they've seen other currencies have.

Everytime when they go home with the currencies of these countries, people ended up preferring to use them as a method of payment to their shops, and now it has become almost a trend. In that way officially were no more using their own currency.

Things went wrong to a point where even a loaf of bread was being paid with trillions of dollars, and the reason why they would print trillions on one paper, it was because they were trying to avoid the situation that once happened in Zambia, where people would carry a lot of papers with a wheelbarrow to go and buy bread.

Africa is poor, there are many countries that have in that kind of inflation were, people carry money with bags. If you can have that kind of money in the bags with the South African rands, your life would transform forever. You'll be having a lot of money.

So right now Zimbabwe is now going back again to this local currency, it is some form of currency which they call "Bond" note, it is not the actual money, if you can just change 200 rands, you can have thousands and thousands of those Bond notes. The only problem is, even the business of the president and the governor that have come up with an idea to print these Bond notes, they do not accept them. I mean government officials that came up with this idea, in their jobs they don't want to see this currency.

They would tell you to pay them with an original US dollar or a rand currency. So the situation is not yet been contained like that, but we're just hoping that Zimbabwe may recover and be restored.

Even after 11 marriages to 9 men, a woman still believes in love (SEE)