The Ankole Cattle Society is the fastest growing cattle society in South Africa. Ankole cows, with their image, washable horns, are a distinction that very few people in this country have experienced. So, for the South African visitor to the Ntaba Nyoni farm near Manzana in Mpumalanga, it is strange to see a whole herd of animals. 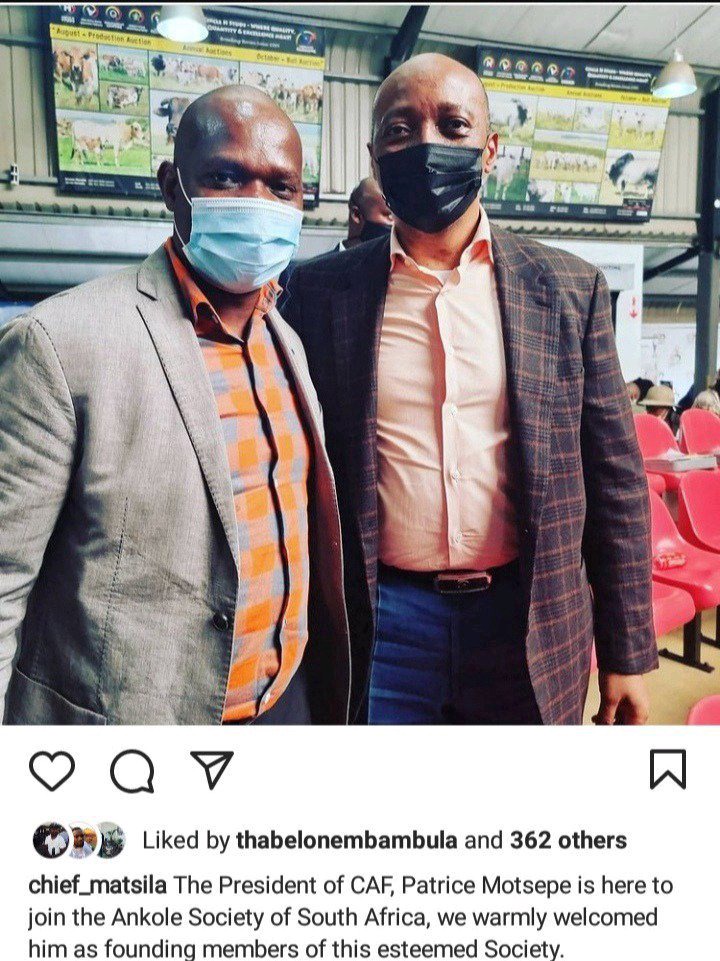 An Ankole bull belonging to Deputy President Cyril Ramaphosa was sold for R640 000 at auction in Ntaba Nyoni on Wednesday, near Ermelo in Mpumalanga. The auction, of Ankole and Ankole crossbreeds, is the first of its kind in South Africa. Ramaphosa’s Lot 35, NANK10-115, with a right horn length of more than 110cm, was the highest priced bull at auction. 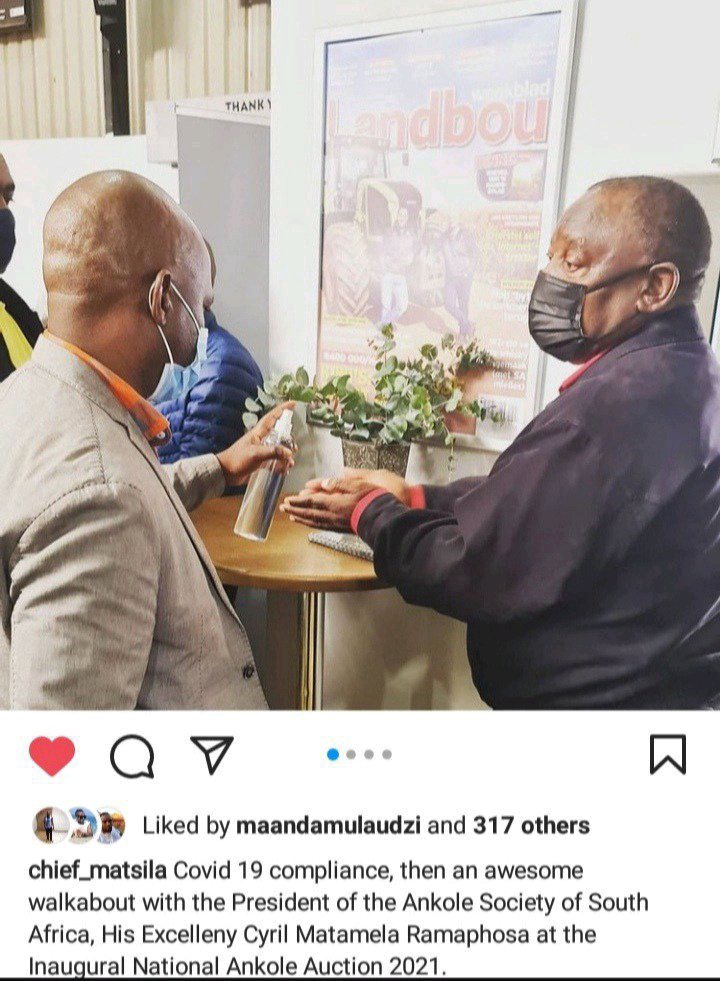 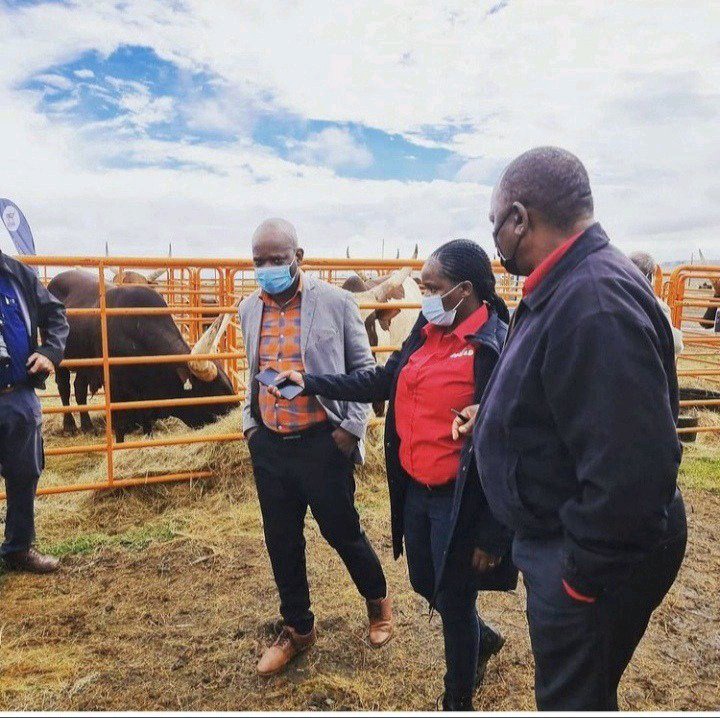 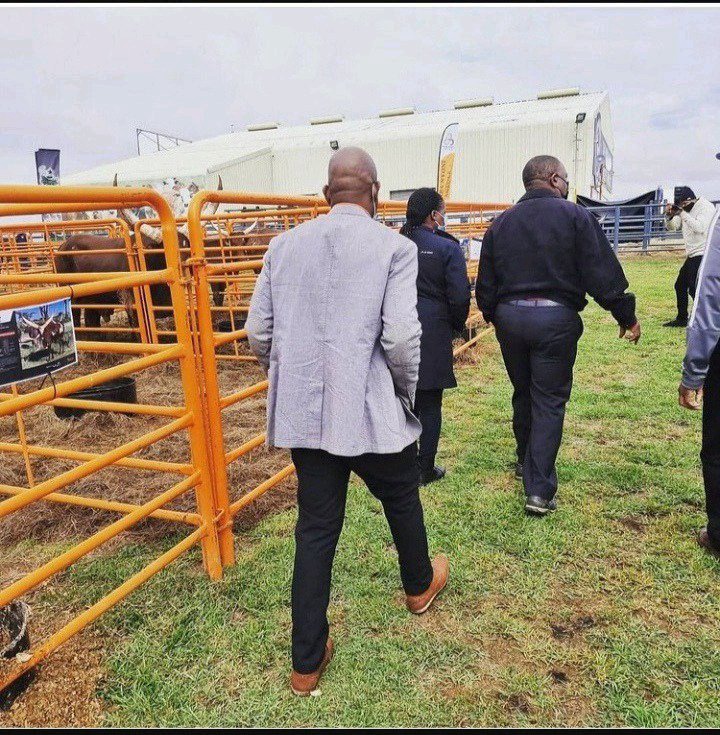 President Ramaphosa was interested in Ankole when he visited Uganda’s president, Yoweri Museveni, in 2004. Museveni offered to sell him some of the cattle, but the Department of Agriculture, Forestry, and Fisheries restricted the import, which cited inadequate disease prevention measures in Uganda. 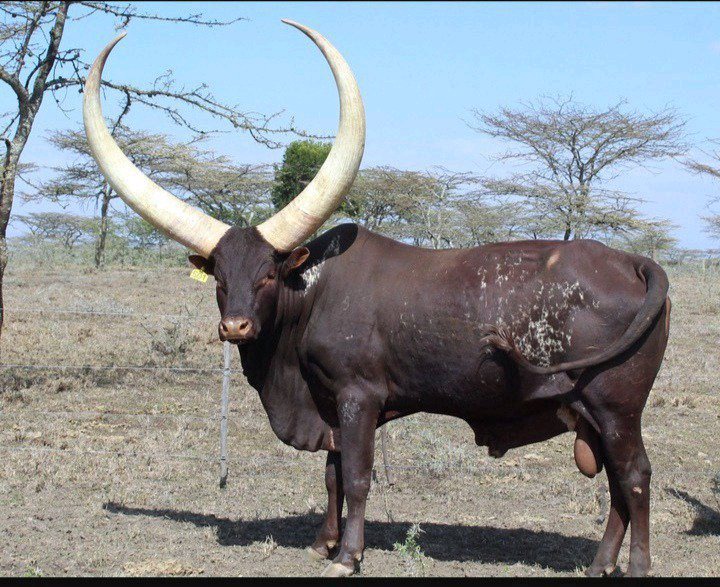 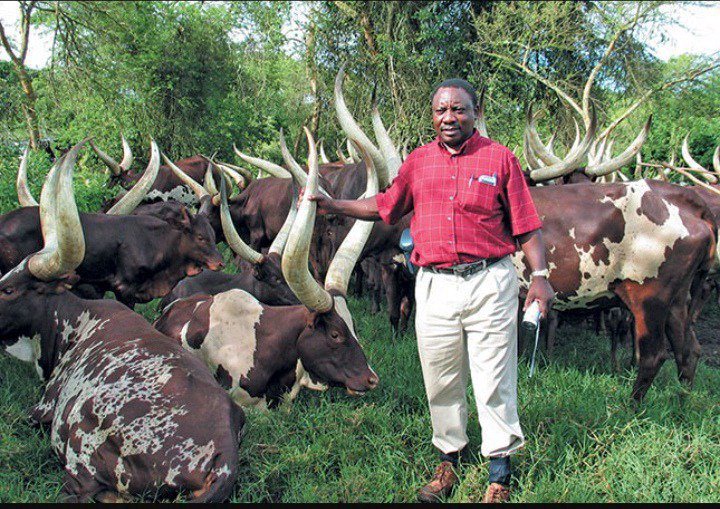 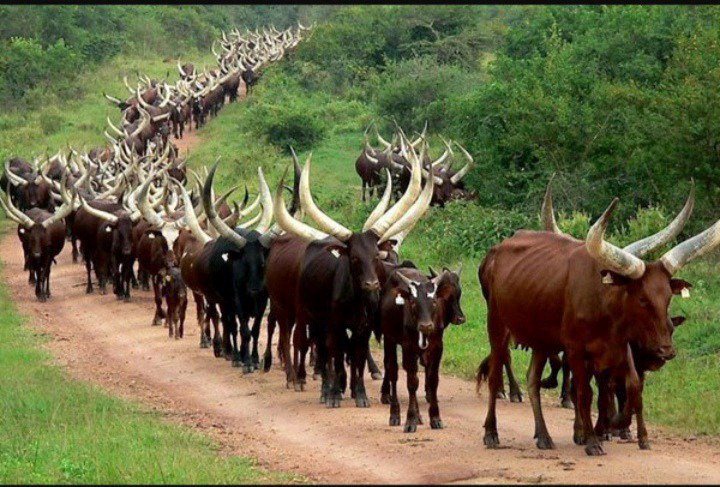 Determined to solve the problem, Ramaphosa began by enlisting the help of Dr. Morné de la Rey, a reproductive veterinary specialist, and director of Embryo Plus, which is particularly involved in embryo transfer, such as the importation of embryos from cattle to Boran.

He then bought 40 Ankole cows and three bulls from Museveni and sent them to Ol Pejeta in Kenya, where Embryo Plus runs an embryo quarantine station. The cows were programmed, artificially bred, and the embryos were hatched and shipped to South Africa. Here they are transferred to a receiving or replacement cattle, which are then quarantined for two months. 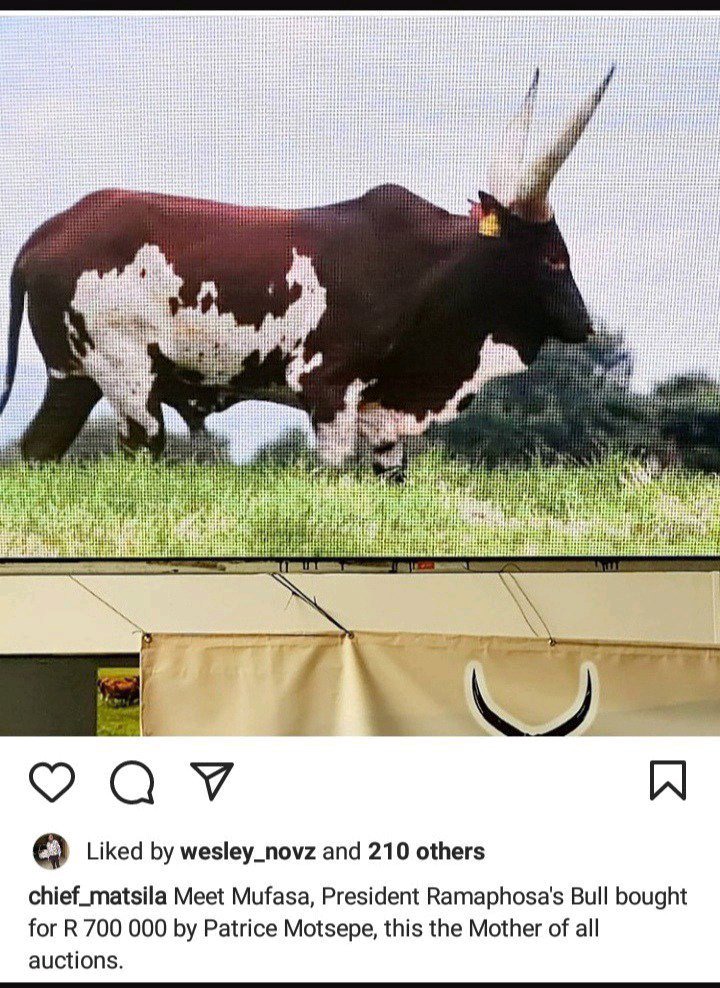 Gained a lot of energy different from the official debut in South African markets in 2017 where the highest priced bull Maximus, sold for R640 000 and the highest priced bull, Kyasha, was sold in the amount of R540 000. The Ankole Cattle Breeders ’Society is one of the fastest growing differentiated societies and already has over 20 members. The national figures of the national Ankole amount to nearly 1 000 cattle. 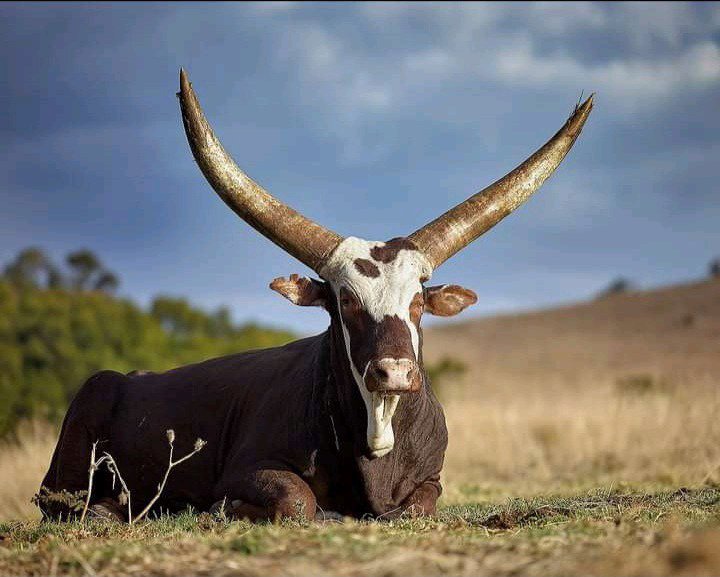 The unsatisfactory demand for Ankole in South Africa can be explained by key factors including, but not limited to, their unique and uniform appearance, hardness that allows them to farm anywhere, under veterinary and feed input, disease resistance, internal and external parasite resistance, ease of handling, heat tolerance, crossbreeding potential, and milk and meat quality. 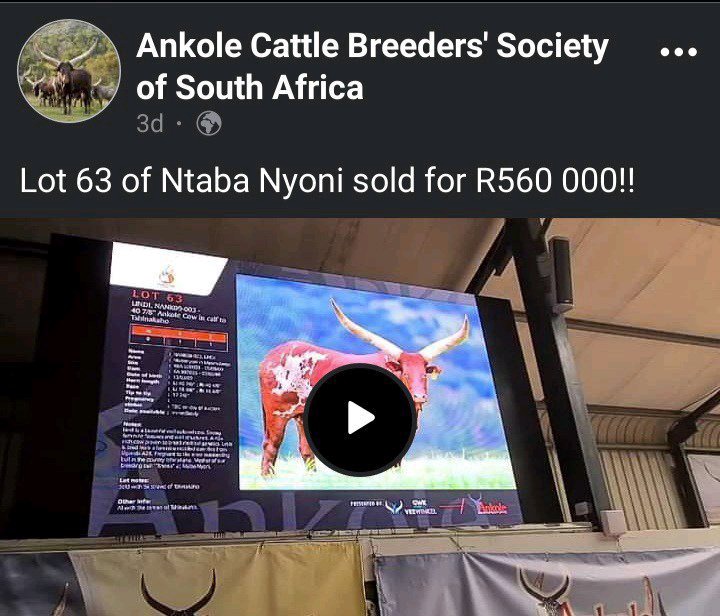 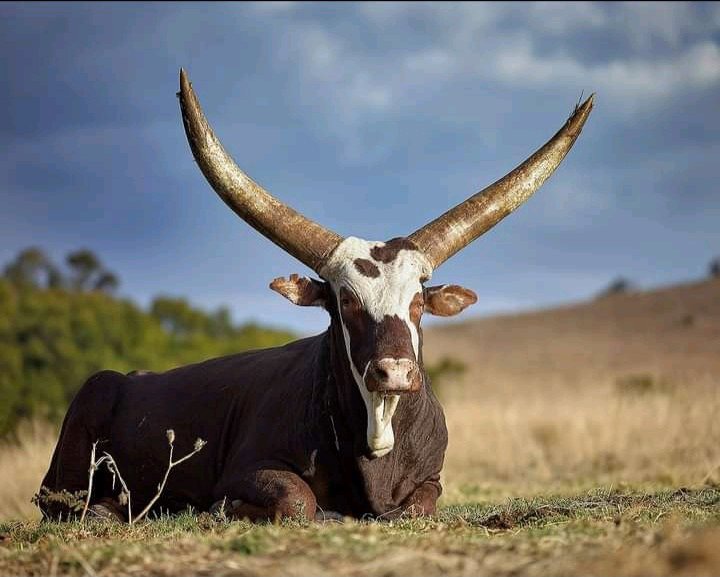 These cows are productive and have a lot of frames and a lot of milk, with butterfat up to 10%. They also have quality meat that is high in polyunsaturated fats and omega 6 and 9 oils. Their longevity is remarkable, with individuals living up to 30 years.

The Ankole variety, with its wide variety of colors, horn shapes, and versatility, has attracted many South African enthusiasts across the country.

Bad news; Was Zuma right about this? Read below

Funeral Parlours were out to encourage people to get vaccinated