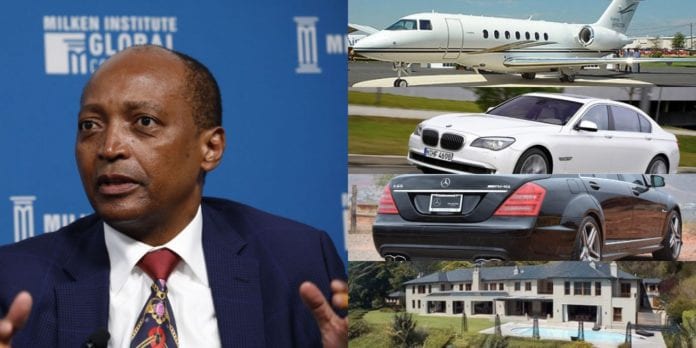 The company mines gold, ferrous metals, base metals, and platinum in South Africa. Motsepe's commercial success dates back to the historic 1994 election of South Africa's first black president, late Nelson Mandela. Like many other black African visionaries at the time, the businessman took advantage of Mandela's pro-black policies to develop enterprises that grew to be tremendously successful over time with competent management.

When it comes to money, the Tswana-born businessman has billions of rands and dollars; when it comes to cars, mansions, and everything else money can buy, Patrice Motsepe has it all, making him the first black South African to top Forbes' billionaire list in 2018. One can only speculate how many numbers will be added to his $3.1 billion net worth in the future. Take a look at how he spends all of that money as we wait for that.

According to Forbes, the aptly named "Prince of Mines" is worth $3.1 billion, with the South African mining industry accounting for a significant portion of his fortune. Patrice Motsepe is well known as the man who struck gold. He realized the great potential in the mining company when the gold price was at its lowest ebb in 1997. As a result, Patrice was able to buy gold mines at a profit when others were selling them. He apparently knew the industry better than others at the time because he was the son of a gold mine owner – Kgosi Augustine Motsepe, chief of the Mmakau branch of the Tswana people – and had a business law degree.

Patrice, an astute businessman, founded a flurry of mining-related subsidiary companies to provide a variety of ancillary services. He is the founder and chairman of Ubuntu-Botho Investments, as well as African Rainbow Minerals Platinum (Proprietary) Limited and ARM Consortium Limited. He is also the non-executive chairman of Harmony Gold Mining Co Ltd and the deputy chairman of Sanlam Ltd.

After generating a profit in the mining industry, Patrice went into other types of businesses, and because he is so good at what he does, he knows just where to invest his money. He owns Ubuntu-Botho Investments (UBI), which he founded in 2003, Sanlam, which UBI bought in 2014, and African Rainbow Capital (ARC), a UBI affiliate with assets in over 40 companies. It's also worth noting that Motsepe is the owner of Mamelodi Sundowns F.C.

Having the financial means to acquire whatever he wants looks to be the final thing that will prevent Patrice Motsepe from living a lavish lifestyle. He is affluent not only in rands, but also in dollars and maybe many other hard currencies that offer better storage value. According to Forbes, despite his fortune, Patrice lives a humble lifestyle. According to the publication, his one indulgence is his ownership of Mamelodi Sundowns F.C., which plays at the Lucas Masterpieces Moripe Stadium.

The billionaire does not appear to be one to flaunt his wealth in public or amass items that the media might consider trivial. Despite his modest appearance, some South Africans believe Patrice was one of the few privileged blacks who benefited greatly from post-apartheid government policies that, in their opinion, did not create a middle (black) class but rather concentrated wealth in the hands of a few fortunate black people.

Whatever the case may be, Patrice Motsepe is undeniably dedicated to maintaining his billionaire status. And, while he may not dress in the most stylish clothes or wear the most expensive jewelry, the millionaire owes no one an explanation for his choices in luxury residences, cars, or planes.

How Many Houses Does Patrice Motsepe Own Within And Outside South Africa?

990 of South Africa's super-rich live in Johannesburg, 105 in Pretoria, 115 in Durban, and 380 in Cape Town, according to available information. If not in the company of like-minded people, where else could Patrice call home? He has a property in Cape Town, which is allegedly his only known domicile in South Africa and the world, aside from his real estate ventures. 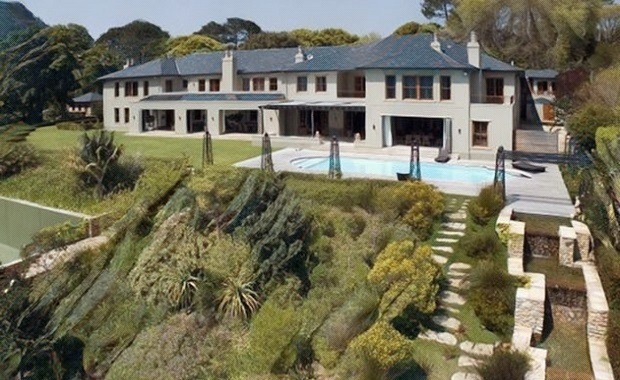 Patrice Motsepe owns a magnificent holiday property worth R68 million ($6 million) in Cape Town's exclusive Bishopscourt suburb, where he resides next door to South African novelist Wilbur Smith. The 2008 home was listed for sale in 2011 for R98 million ($8 million), but Patrice paid R30 million less than the asking price in 2014.

Six en-suite bedrooms, a music room, a 24-seat dining room, a cigar lounge, climate-controlled wine cellar, state-of-the-art cinema, billiard room, gym, and a ten-bay garage with car wash are among the amenities of the baronial-styled estate, which sits on over 12 000 square meters of land. Outside the property is a swimming pool, flood-lit tennis court, pavilion, and indigenous flora. Aside from that, the mansion has a housing for the estate manager, and the Motsepe villa is reported to cost roughly R30,000 per month to maintain.

Patrice Mostepe is one of the fortunate and foresighted South Africans who bought a 20% interest in Val de Vie Investment. He obtained ownership of the Pearl Valley estate, which comprises a 34-hectare equestrian farm, golf course, clubhouse, and over 200 residential plots, as part of the deal.

What Brand Of Cars Does Patrice Own?

According to all accounts, a luxury multi-million rand residence necessitates not just one, but a fleet of luxury multi-million rand automobiles. Patrice is well aware of this, and he has gone to great lengths to obtain and operate some of the most luxurious automobiles available. According to our count, he owns four expensive automobiles, plus a fifth that he purportedly purchased for one of his sons. His cars include a BMW 760 Li, a 2007 BMW 750 iL, a Mercedes Benz S65 AMG, and a Bentley Continental GT. One of his sons was claimed to have bought a Supercharged B7 Audi RS4 from him. 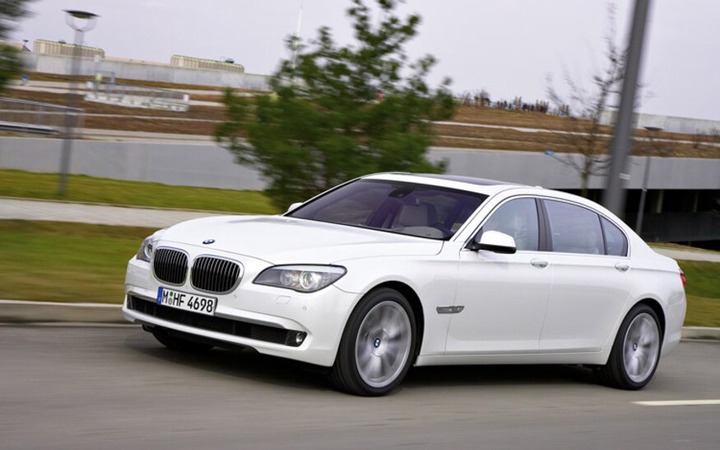 Mostepe's BMW 760 Li pushes the bounds of driving technology with its enhanced and improved capabilities. The 12-cylinder luxury missile, first unveiled in 2003, has a number of improvements over its predecessors. Though it is uncertain when or how much Patrice paid for his, it would cost roughly $137,425 now to purchase one (almost R2 million, depending on the current exchange rate). 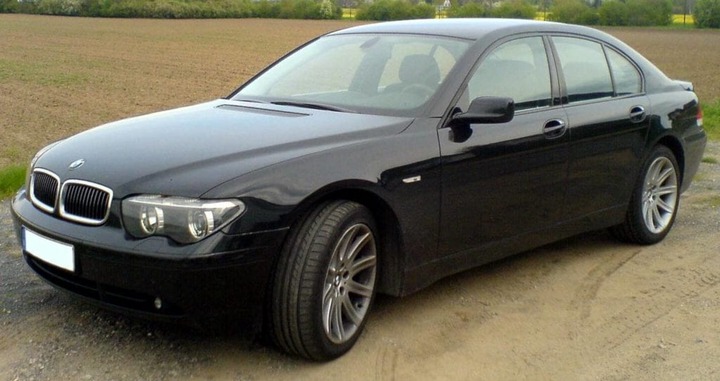 Patrice Mostepe's 2007 BMW 7 Series Li can comfortably accommodate up to 5 people, indicating that he is a BMW enthusiast. The car's back seat occupants have even more legroom than you'll find in other car models. Because of its numerous premium features, the automobile will set you back $78, 000 (about R1.313 million) if you wish to buy it back. For wealthy Patrice, on the other hand, this will be a significant change. 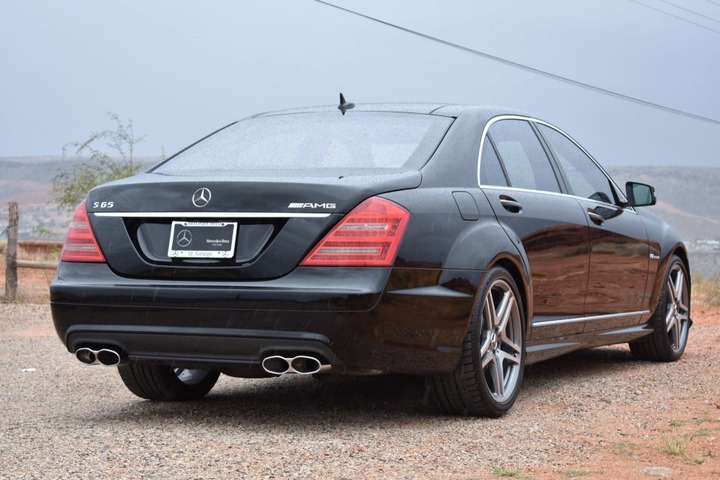 It's difficult to find a superstar of Patrice Mostepe's prominence who doesn't drive a Mercedes. Elegant, luxurious, sophisticated, and comfortable are all words that come to mind when thinking of the brand. Mercedes is unequaled in this area, and the increased voice command technology in the Mercedes Benz S65 AMG will give you even more control. This model belongs to the Mercedes-Benz S-Class family and is reputedly pricey, but that hasn't stopped people like Patrice Mostepe from paying R3.2 million ($191.215) for a 2007 variant. 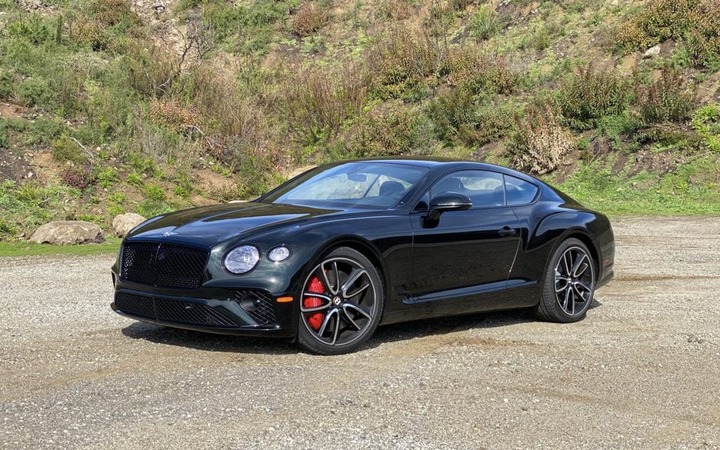 The Bentley Continental GT is completely handcrafted, and it offers a wide choice of customization options not found in any other Bentley model or car. The vehicle strikes the perfect balance between comfort and control. It offers a sumptuous inside with high-quality leather, attractive wood, and sturdy metal accents that are technologically advanced. Though the exact cost of the mining mogul's GT is unknown, it is estimated to be around R3.373 million (around $207,000).

Fact Check: Did The Billionaire Buy His Son A Supercharged B7 Audi RS4?

Being extremely affluent is one thing; dealing with the media's and public's intrusion into your personal and family life is quite another. For billionaires like Patrice Motsepe, this is all too typical, and it was a big news item when it was rumored that Patrice had purchased a Supercharged B7 Audi RS4 for his kid, presumably because he is a "humble guy," as Forbes calls him.

The mining billionaire's three sons from his marriage to Precious Motsepe are Thlopie Motsepe, Kgosi Motsepe, and Kabelo Motsepe. Patrice doesn't spend all of his money on himself, obviously. When he was in his twenties, his father reportedly bought his first son a Supercharged B7 Audi RS4. According to current market prices, the vehicle is worth at least $5,950 (R83,056), and it is the second most affordable vehicle in Motsepe's fleet, according to our analysis.

Based on what we've learnt, Thlopie Motsepe obviously deserves such a big gift from his wealthy father. Following in Patrice's footsteps, he has already established his own firm. With the aid of several of his entrepreneurial friends, he founded ePower Holdings. The company is in the business of distributing solar energy equipment to places where there is no electricity.

Does Patrice Motsepe Own a Private Jet? 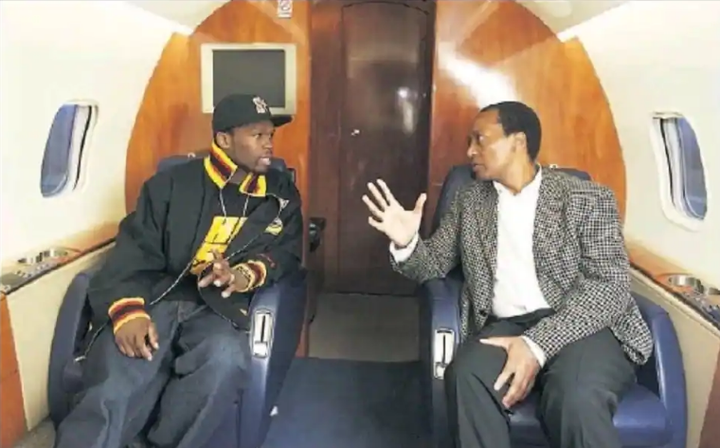 He does, in fact, own a Hawker 4000 business jet. Potsepe's purchase of a private jet for travel is well-deserved for a businessman who frequently travels from one region to another for business meetings, contract inspections, and other reasons. According to reports, his plane cost around $3,295,000, or roughly R45 million in today's market. He was once photographed flying with American rapper 50 Cent.

The meeting is supposed to have taken place around 2010, as 50 Cent tweeted about seeing the millionaire at the time. According to media reports, 50 Cent was in South Africa on his Get Rich or Die Trying Tour and expressed interest in working in the mining industry.