GDP per capita is one of the best measures of a country's wealth because it provides an understanding of how each country's citizens live on average, displaying the quantity of goods and services produced per person. 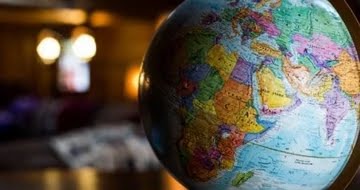 Cameroon has a population of over 25 million people and is a lower-middle-income country (2018). It shares borders with the Central African Republic, Chad, Equatorial Guinea, Gabon, and Nigeria, and is located along the Atlantic Ocean. The northwest and southwest border regions with Nigeria are Anglophone, while the rest of the country is Francophone. Cameroon has a wealth of natural resources, including oil and gas, mineral ores, and high-value timber species, as well as agricultural products like coffee, cotton, cocoa, maize, and cassava.

Mauritania is primarily a desert country, with vast swaths of pastoral land and only 0.5 percent arable land. According to the National Statistics Office, Mauritania has a population of approximately 4 million (2018) and a population density of 3.9 inhabitants per square kilometer, ranking it as Africa's fourth-least densely populated country. By 2020, the country's urban population will outnumber rural residents, with 52.8 percent of the population living in cities, up from 48.3 percent in 2013.

Over the last decade, Kenya has implemented significant political and economic reforms that have contributed to sustained economic growth, social development, and political stability gains. Kenya's economic growth averaged 5.7 percent from 2015 to 2019, making it one of the fastest-growing economies in Sub-Saharan Africa. A stable macroeconomic environment, positive investor confidence, and a resilient services sector have all contributed to the economy's performance.

Despite significant progress in macroeconomic stability and structural reforms, Angola continues to bear the consequences of lower oil prices and production levels. The oil sector accounts for one-third of GDP and more than 90% of exports, and macroeconomic stability has been restored and maintained as a result of a more flexible exchange rate regime, restrictive monetary policy, and fiscal consolidation. These reforms are already yielding positive results, as Angola re-entered the Eurobond market for $3 billion, and the IMF approved the second review of the EFF program in December 2019.

Nigeria, a key regional player in West Africa, accounts for roughly half of the region's population, with approximately 202 million people and one of the world's largest youth populations. With abundant natural resources, it is Africa's largest oil exporter and has the continent's largest natural gas reserves.

Unemployment and underemployment are expected to rise, affecting poor households and increasing the population's vulnerability to poverty. Only agriculture is expected to contribute positively to growth in 2020.

15. Republic of the Congo

Following a profound economic crisis that afflicted the country beginning in mid-2014 as a result of a drop in oil prices, the Congolese economy resumed an upward trajectory in 2018, with real GDP growth expected to reach 1.6 percent after two years of negative growth.

Growth was driven by increased oil production as well as favorable market conditions, with oil prices remaining stable in late 2018 and demand from partner emerging countries resuming. Nonetheless, the non-oil sector continues to contract, with activity in construction and public works, transportation, and telecommunications contracting by 5.5 percent.

Ghana's economy shrank by 3.2 and 1. percent in the second and third quarters of 2020, respectively, plunging the country into recession for the first time in 38 years. However, a modest 1.1 percent growth is forecast for the full year of 2020, thanks to a strong 4.9 percent growth in the first quarter of 2020, when the COVID-19 crisis began. GDP growth of 1.1 percent in 2020 represents a significant decrease from pre-COVID-19 levels of 6.5 percent.

With the exchange rate relatively stable and the central bank gradually returning to a tighter monetary policy stance, inflation is expected to moderate to the central bank's target range.Over the medium term, fiscal and current account balances are expected to improve slowly, owing primarily to adverse external factors and a slow return to normalcy in domestic revenue mobilization.

Since 2012, Côte d'Ivoire has experienced vibrant, robust, and stable economic growth, but this is expected to slow in 2020 due to the COVID-19 crisis. Nonetheless, the country remains the economic hub of Francophone West Africa and wields significant power in the region.

Djibouti's economy fared well during the initial impact of the pandemic, avoiding a contraction. In 2020, output increased by 0.5 percent, owing to strong free zone re-exports and exports of transportation, logistics, and telecommunication services to and from Ethiopia in the second half of the year. Nonetheless, extreme poverty increased slightly to 14.7% in 2020. While Djibouti's growth prospects are favorable, they are heavily dependent on Ethiopia's political and economic conditions. Food security in Djibouti is jeopardized due to high global food prices.

As the year 2020 came to a close, the extent of the pandemic's impact on the Tunisian economy became clear. Tunisia has experienced a sharper decline in economic growth than most of its regional peers, owing to slow growth and rising debt levels when the crisis began.

Poverty and vulnerability are expected to increase, reversing a recent trend in poverty reduction. Extreme poverty, defined as living on less than US$1.90 per day, remained below 1% in Tunisia; however, poverty defined as living on more than US$3.20 per day was estimated to have increased from 2.9 to 3.7 percent.

On the economic front, the COVID-19 shock has pushed Morocco into its first recession since 1995. Economic output contracted by 15.1 percent in the second quarter of 2020, owing primarily to the lockdown and sharp decrease in exports caused by the pandemic's disruption of global value chains, as well as the collapse of tourism receipts. The pandemic's shock to supply and demand has been exacerbated by a drop in agricultural production as a result of a severe drought. Although activity increased in the third and fourth quarters of 2020, preliminary government estimates show that Morocco's real GDP contracted by 7% in 2020, resulting in an increase in unemployment.

The pandemic-caused economic crisis comes after five years of slowing GDP growth in Algeria (2015-2019), owing to a shrinking hydrocarbon sector, a convoluted and public-led growth model, and a private sector struggling to become the new engine of economic growth. The hydrocarbon industry, which contributed 20% of GDP, 41% of fiscal revenues, and 94% of export earnings in 2019, is experiencing structural decline.

Egypt's recent macroeconomic and structural reforms have stabilized the economy, allowing it to enter the global COVID-19 crisis with improved fiscal and external accounts. However, the pandemic's negative consequences have since undermined this recent progress, shedding light on long-standing issues. These include sluggish private sector activity and job creation, particularly in the formal sector, underperforming non-oil exports and Foreign Direct Investment (FDI), an elevated government debt-to-GDP ratio (despite significant reductions in recent years), lower-than-potential revenue mobilization, and an unfavorable budget structure with limited allocations to key sectors, sui generis.

Namibia is a small country of about 2.5 million people that borders South Africa, Botswana, Zambia, and Angola on the South Atlantic. It is Sub-Saharan Africa's driest country and is rich in mineral resources such as diamonds and uranium.

Namibia is heavily reliant on mineral extraction investments and government spending, and has suffered as a result of falling commodity prices, weak growth in key trade partners (Angola and South Africa), and tight fiscal policy as a result of the government's efforts to rebalance public finances.

Libya entered 2021 as a divided country seeking recovery and healing. With the conflict intensifying and oil terminals and fields being blocked, the economy recorded one of the worst performances in recent history for the majority of 2020.

However, if the current rapprochement continues, Libya will be able to recover significantly from its 2020 slump in the coming year. Oil production is expected to reach 1.1 million barrels per day (MBD) in 2021, despite ongoing maintenance issues. This would result in a return to 67 percent real GDP growth in 2021. In terms of GDP, the economy would still be 23 percent smaller than it was in 2010.

South Africa has made significant strides to improve the well-being of its citizens since the country's democratic transition in the mid-1990s, but progress has stalled in the last decade. Between 2005 and 2010, the percentage of the population living below the upper-middle-income-country poverty line fell from 68 percent to 56 percent, but has since trended slightly upwards to 57 percent in 2015 and is expected to reach 60 percent in 2020.

Structural challenges and slow growth have hampered progress in poverty reduction, which has been exacerbated by the COVID-19 pandemic.Rising unemployment, which reached an all-time high of 32.5 percent in the fourth quarter of 2020, is severely limiting progress in household welfare. Youths aged 15 to 24 have the highest unemployment rate, at around 63 percent.

Botswana is in the heart of Southern Africa, between South Africa, Namibia, Zambia, and Zimbabwe. When it gained independence in 1966, it was one of the world's poorest countries, but it quickly became one of the world's development successes. Significant mineral (diamond) wealth, good governance, prudent economic management, and a relatively small population of slightly more than two million people have propelled it to the upper-middle income bracket, with a transformation agenda aimed at transforming it into a high-income country by 2036.

While the diamond industry is expected to recover in 2021, the economic impact of COVID-19 is likely to be profound and long-lasting.

Gabon is a country with an upper-middle-income. It is Africa's fifth-largest oil producer and has experienced strong economic growth over the last decade, owing to its oil and manganese production. Over the last five years, the oil sector has averaged 80 percent of exports, 45 percent of GDP, and 60 percent of fiscal revenue. However, as the country's oil reserves dwindle, the Gabonese government has decided to diversify the country's economy.

This anticipated growth will be hampered by the COVID-19 crisis and a further drop in oil prices. A significant drop in domestic revenue mobilization, exports, and foreign direct investment will result in a significant fiscal deficit.

has been one of Africa's fastest-growing economies over the last decade. Following the discovery of large oil reserves in the 1990s, Equatorial Guinea surpassed Nigeria and Angola to become the third-largest producer of oil in Sub-Saharan Africa. Significant gas reserves have also been discovered recently. However, as a result of the drop in oil prices, the country's macroeconomic and fiscal situation has deteriorated.

COVID-19 (coronavirus) has had a severe economic and social impact on the Seychellois economy. Economic growth in Seychelles fell significantly in 2020, from 3.9 percent in 2019 to -13.5 percent in 2020, due to significant disruptions in economic activities, primarily lower tourism activities, which fell by more than 60 percent. Furthermore, the fiscal deficit increased to 22.6 percent of GDP in 2020 due to lower revenues and higher COVID-19-related spending, and it is projected to be 15.3 percent in 2021. The recovery is expected to begin gradually in 2021, fueled by the resumption of tourism and related capital flows. If left unchecked, the poor are expected to bear a disproportionate share of the economic burden.

DA is cleaning SOWETO, if You Don't pay electricity, they CUT