By New_Revelations (self media writer) | 3 months ago

Thohoyandou - the second opposition party in the national assembly came out guns blazing, following newspapers reports confirming that the government has requested and secured another loan with the world banks group. The EFF maintains that the ANC government does not have any economic reform plan and that the ruling party has a history of mismanagement of funds. 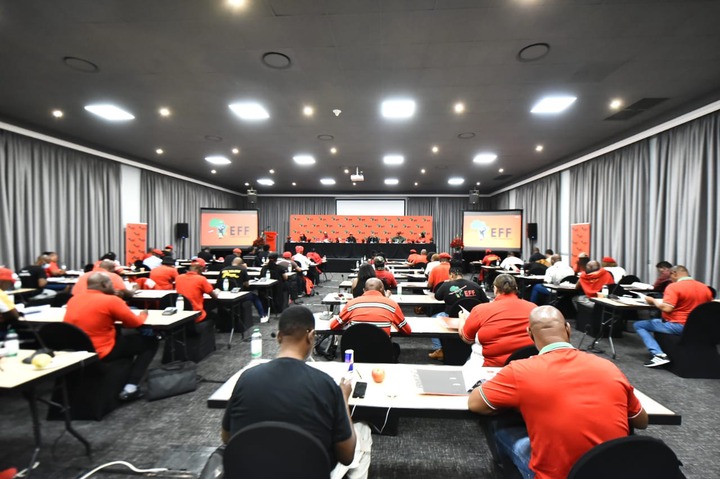 Since the outbreak of Covid-19, the government has injected multi-billions of rands in attempting to stabilize the economy and health care services, including funds spent on moving education from physical to online.

However, the EFF says the decision by the National Treasury is reckless and senseless, the party reiterates that the ruling party has been looting money loaned to build Hospitals, provide personal protective equipment while nurses were understaffed hence the same will partake with the present invention.

The government revealed challenges facing the health sector and the financial sector and as a result, three-quarters of the billion-dollar ($750 million) was secured to deal with the crisis. This comes after a lot of African National Congress (ANC) leaders have been accused of looting state funds, borrowed from the International monetary funds (IMF), and the world bank.

The Treasury Department's director-general indicated that the budget from the World Bank would assist in filling the gap that was opened by overspending while protecting people's lives.

" It will assist in addressing the immediate challenge of financing critical health and social safety net programs whilst also continuing to develop our economic reform agenda to build back better,” Mogajane said.

Malema led EFF to believe that the so-called economic reconstruction and recovery plan is a fallacy set to gather funds that would be looted as April 2020 R500 Billion. The embittered party glance at the ruling party as an organization that has no will of transforming South Africa outside apartheid colonial structures because most of the funds from a large number of loans benefits a certain group of race. 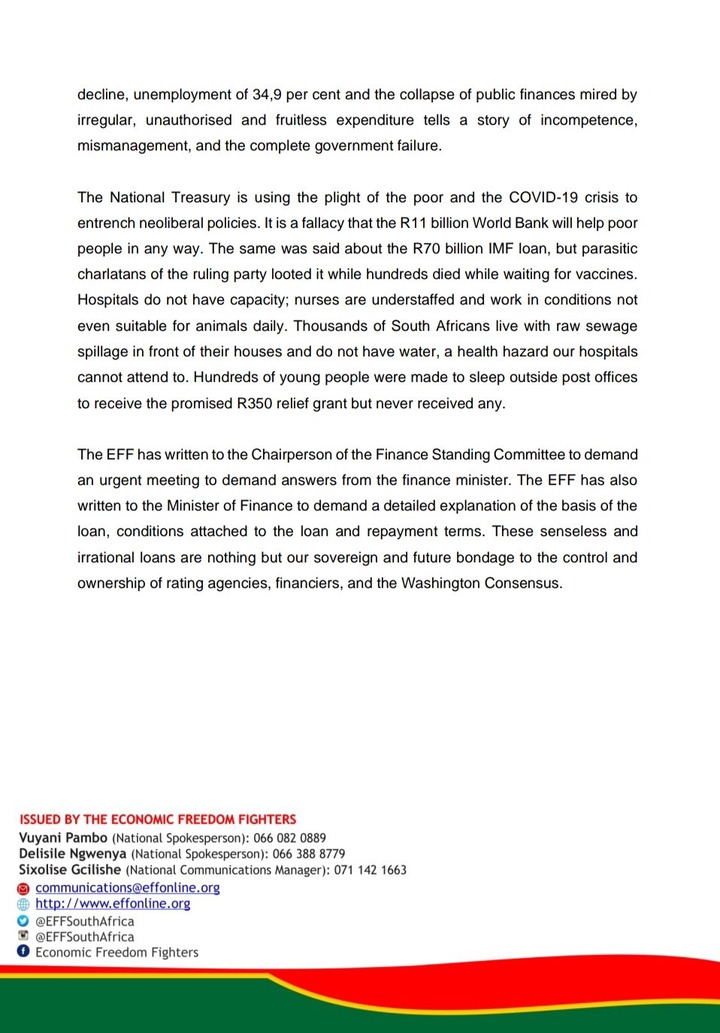 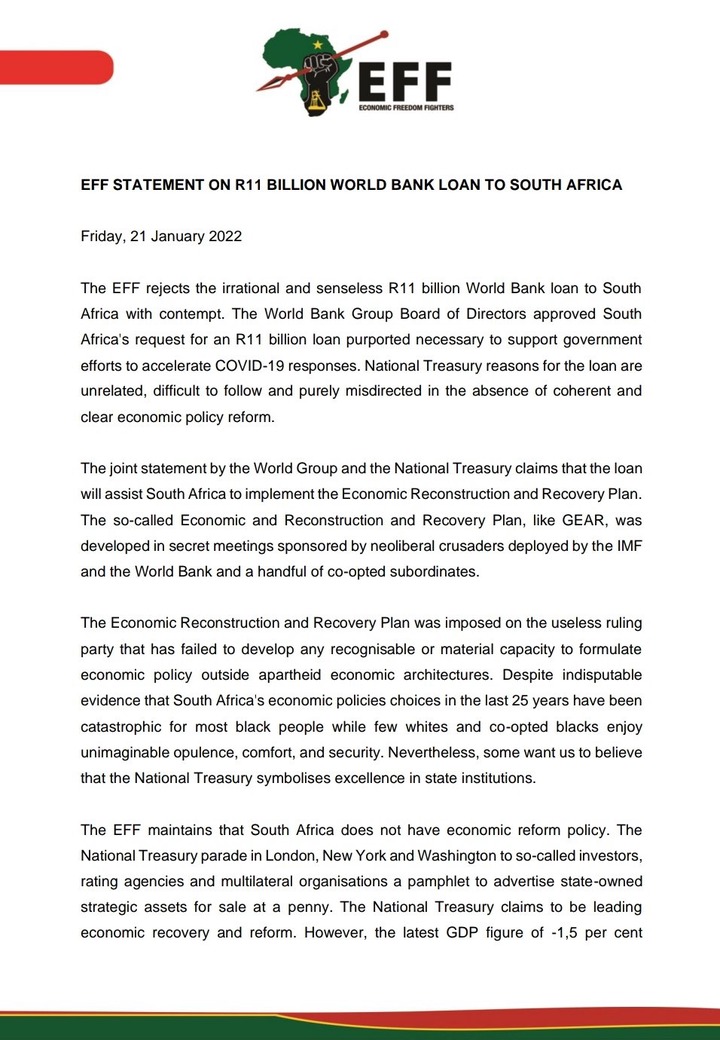