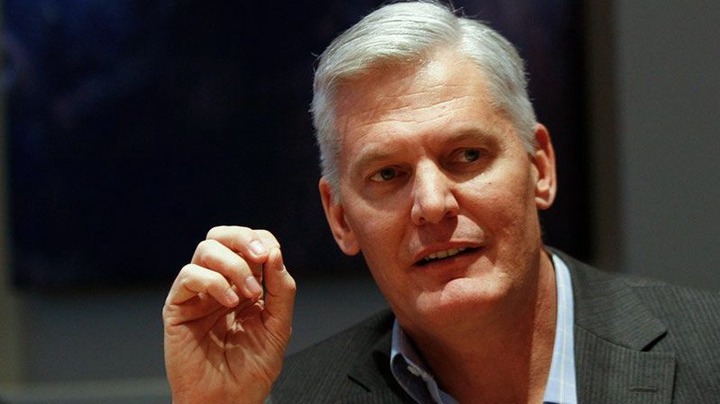 Eskom CEO Andre de Ruyter says the power utility will need R10 to 12 billion per annum to maintain power stations as loadshedding has become a topical issue in South Africa.

André De Ruyter maintains that they need to get rid of the old machines and get new ones if they are going to fix the electricity problem.

''It's not about fixing this car but about getting a new car," he said. 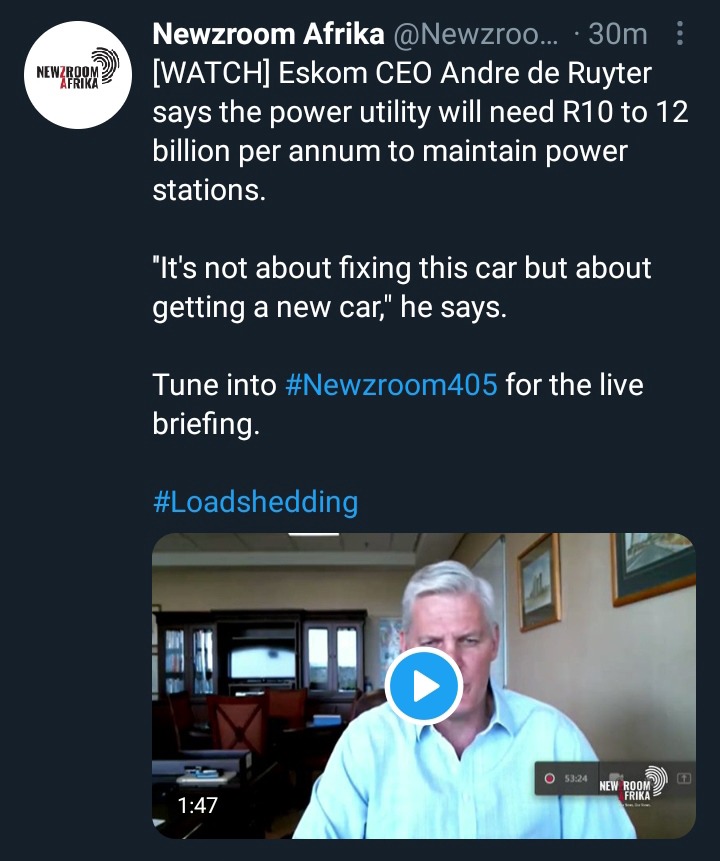 Critics however don't understand how the Eskom CEO arrived at that amount which the power utility need per year to keep things running.

"We were told that Andre De Ruyter was saving Eskom money when he was cutting budget for toilet paper and milk; so how are they going to explain a R12 billion irregular expenditure in one year? a Twitter user fumed.

The Eskom executive also send many furiously typing after he dismissed claims that South Africa is undergoing extensive blackouts. He says these are not blackouts, but rotational power cuts.

"Colleagues, I think it's ... very important for us also to distinguish between what is now called by certain members of the media 'blackouts'. This terminology is, in fact, not correct.

He says that a blackout is when an entire electricity system was unable to maintain its frequency, and "leads to the total loss of electricity transmission and distribution capacity". This could last for a number of days and, in some instances, even weeks.

"So that is the catastrophic outcome we are trying to avoid by managing the demand through load-shedding," he said.

Calls for André De Ruyter and the entire Eskom executive to step down as the power cuts continue are growing each day. But De Ruyter says he is not going to step down. 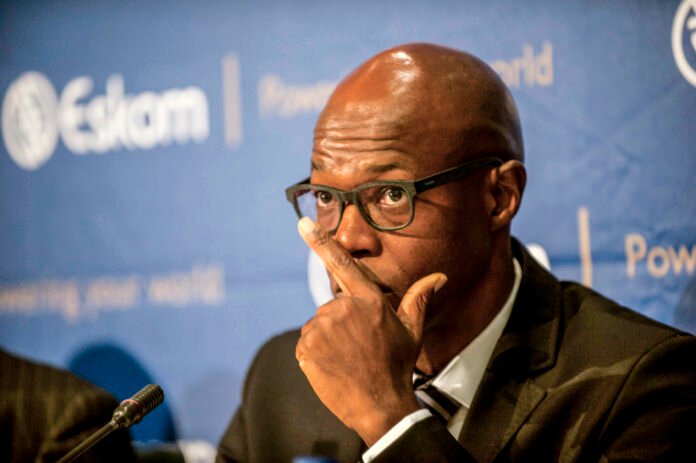 Former Eskom executive Koko Matshela reacting to the press briefing by André De Ruyter says it looks like he has no clue.

Loadshedding Starts again today, Here's what time and how you can prepare.

What George Lebese is spending his money on

Sho0cking| A vote of no confidence in Ramaphosa has been filed by this top Political party. See more