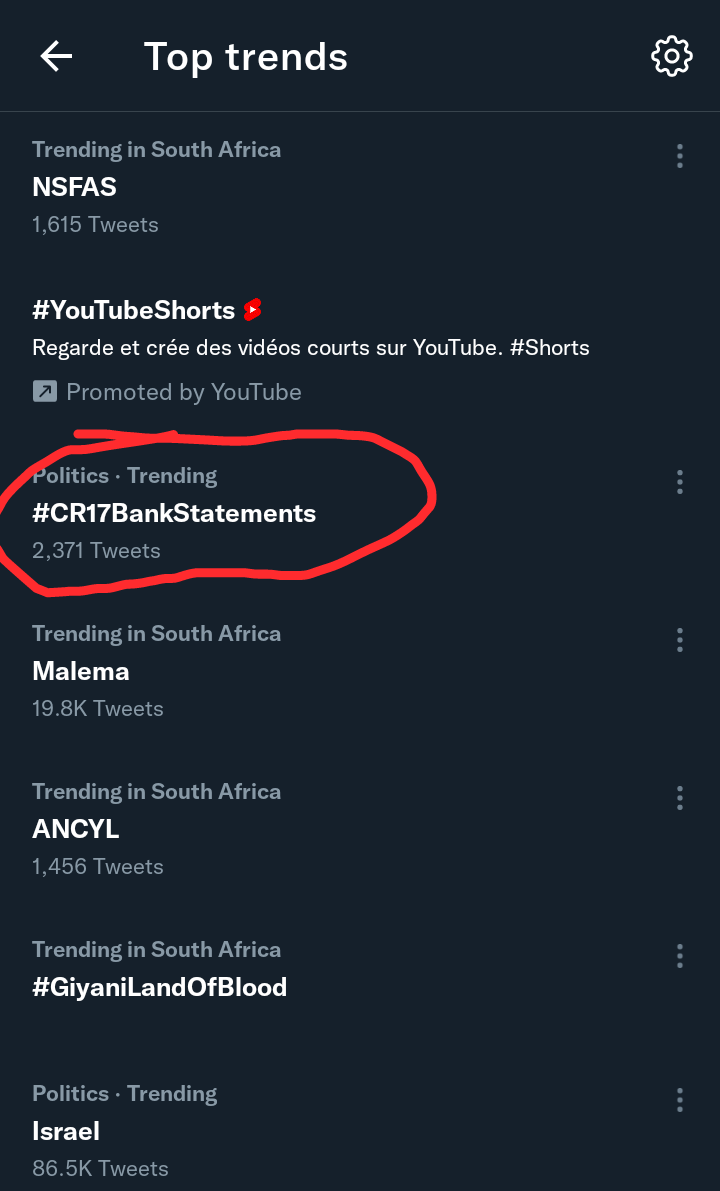 A top EFF member, and a well-known critic of President Cyril Ramaphosa, revealed that the continuous sealing of CR17 bank statements is an indication that the donations were all proceeds of bribe. This is coming after some media groups were given permission to investigate Jacob Zuma's tax records while the controversial CR17 bank statements are still held tight through a court order, sealing it and protecting it from public view. The EFF member, while expressing his anger and frustration on Twitter today, wrote, “Bribes are there by sealed CR17 Bank Statements EFF haters see the truth, but they don't want to see it”. He revealed that the way president Cyril Ramaphosa and his supporters continue to protect the CR17 bank statements is an indication that something is fishy about it, declaring that a clear conscience fears no accusation. 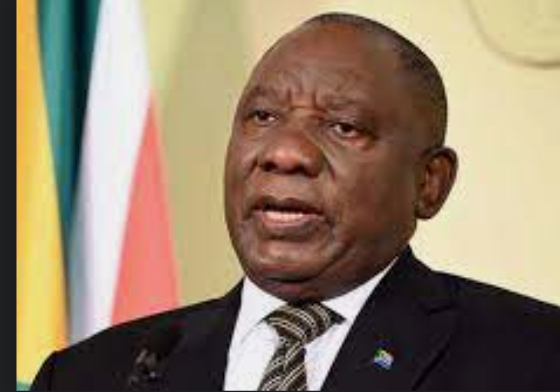 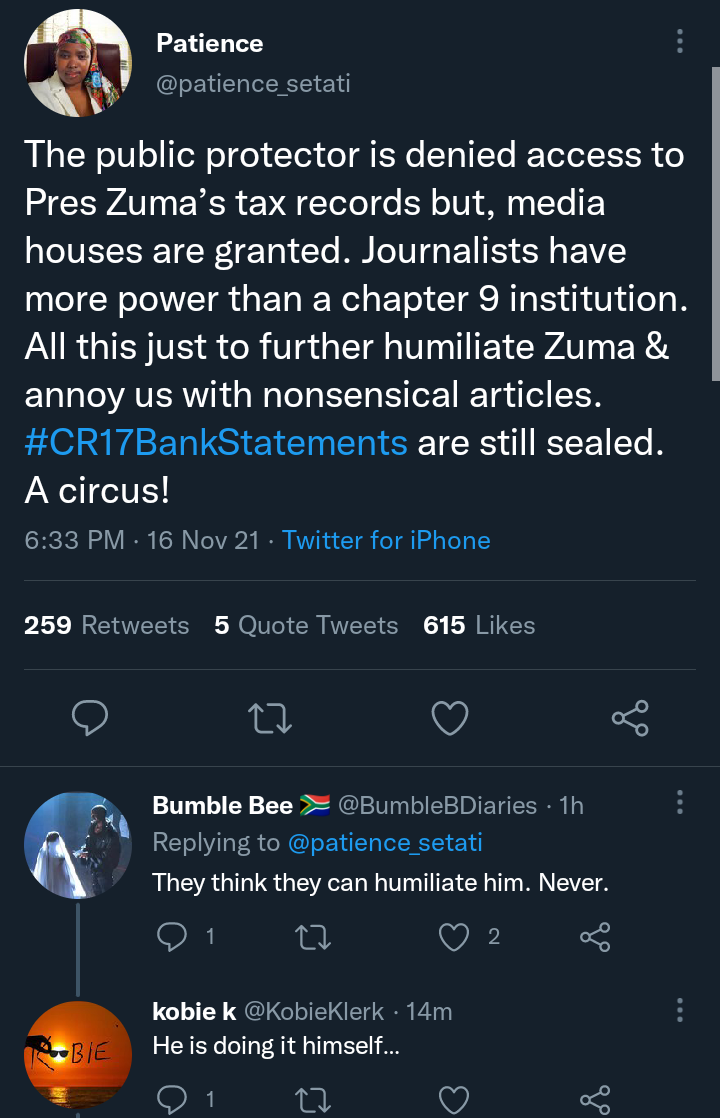 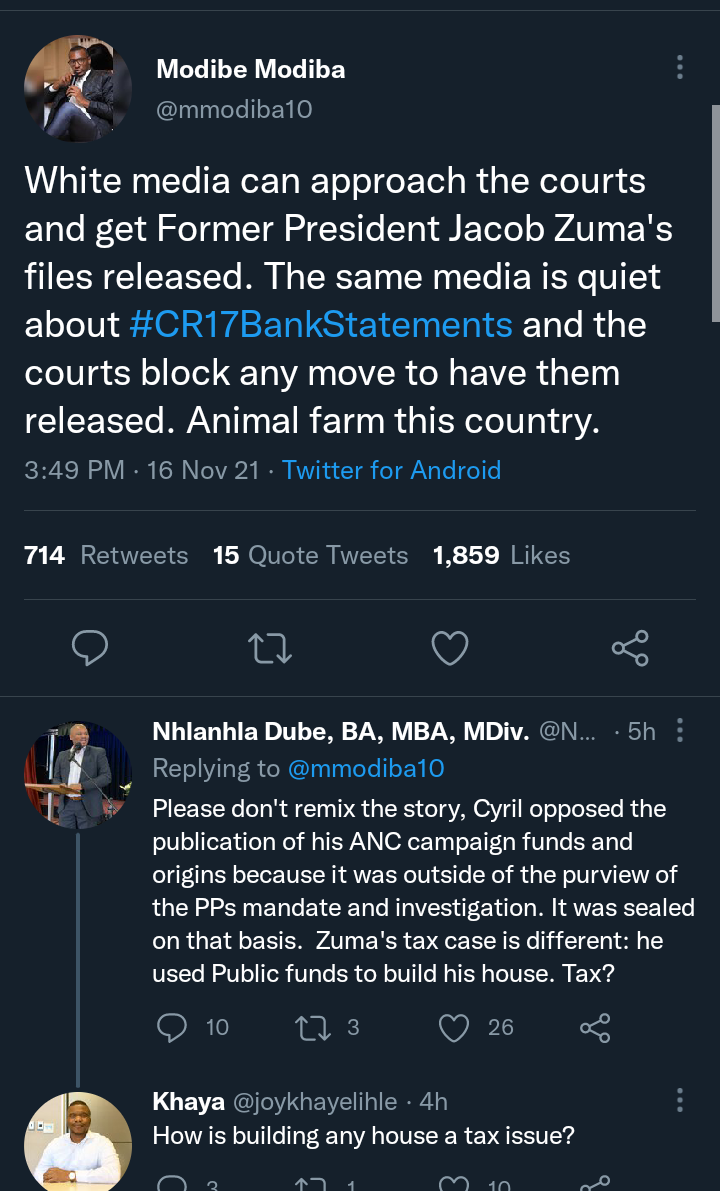 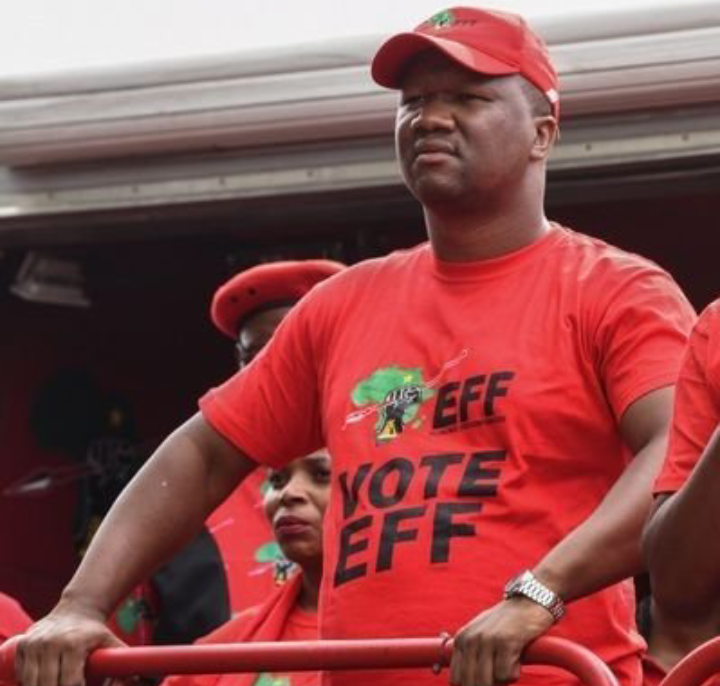 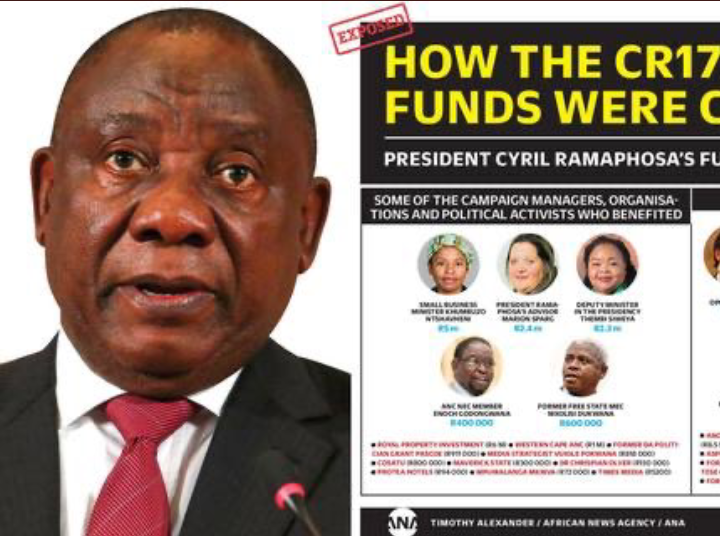 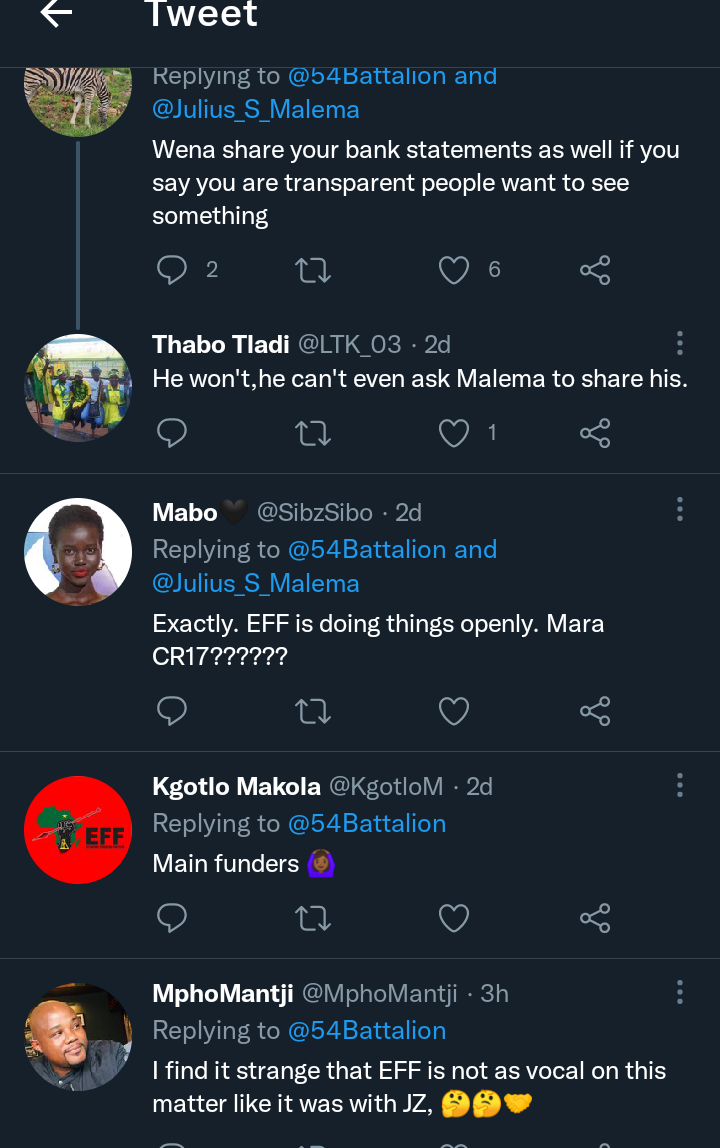 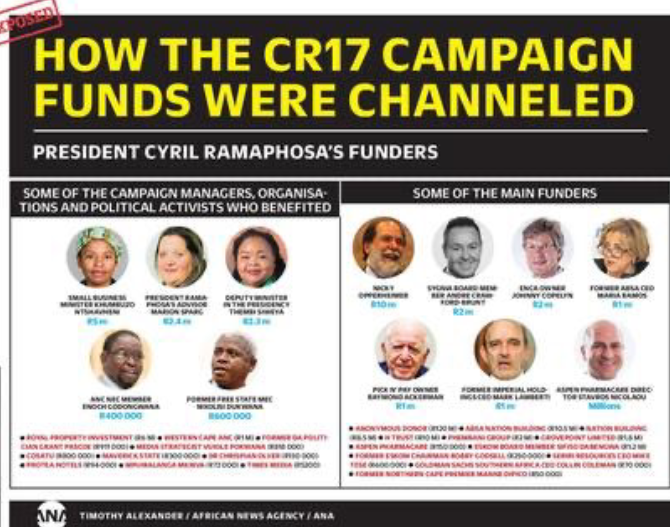 Another lady revealed that the continuous sealing of CR17 bank statements is something that should be properly investigated because they are taking South Africans for fools. She said that the laws of South Africa is working in favor of some people, while it is working against some people, declaring that all these are being done to anger South Africans and to humiliate Jacob Zuma. She wrote on Twitter, “The public protector is denied access to President Zuma’s tax records but, media houses are granted. Journalists have more power than a chapter 9 institution. All this just to further humiliate Zuma and annoy us with nonsensical articles. CR17 Bank Statements are still sealed. A circus!”. Even some supporters and followers have told president Cyril Ramaphosa to come clean and unseal the CR17 bank statements if nothing is wrong with it, but he is not heeding to their call or suggestion. This is even the more reason why people are growing more suspicious about the much publicized and controversial CR17 bank statements. 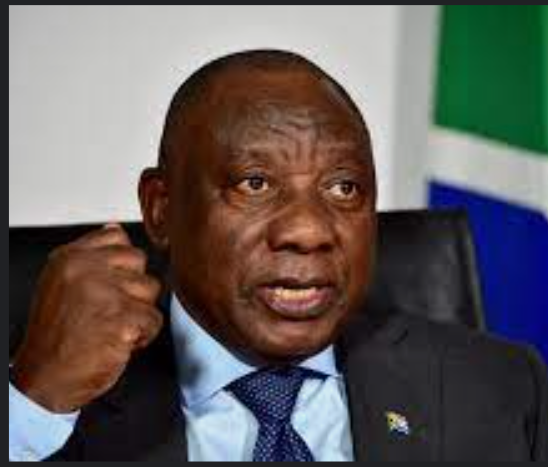 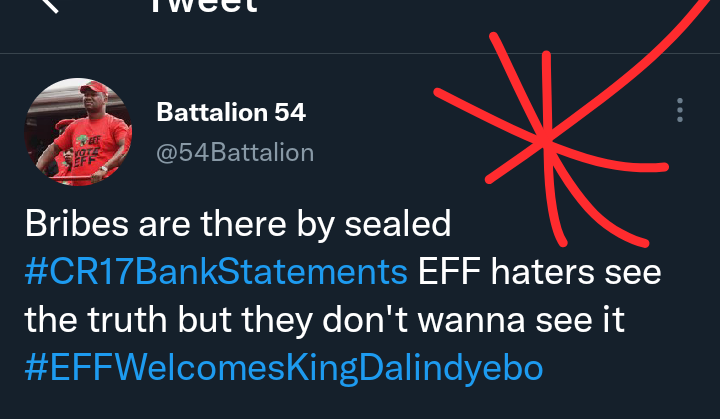 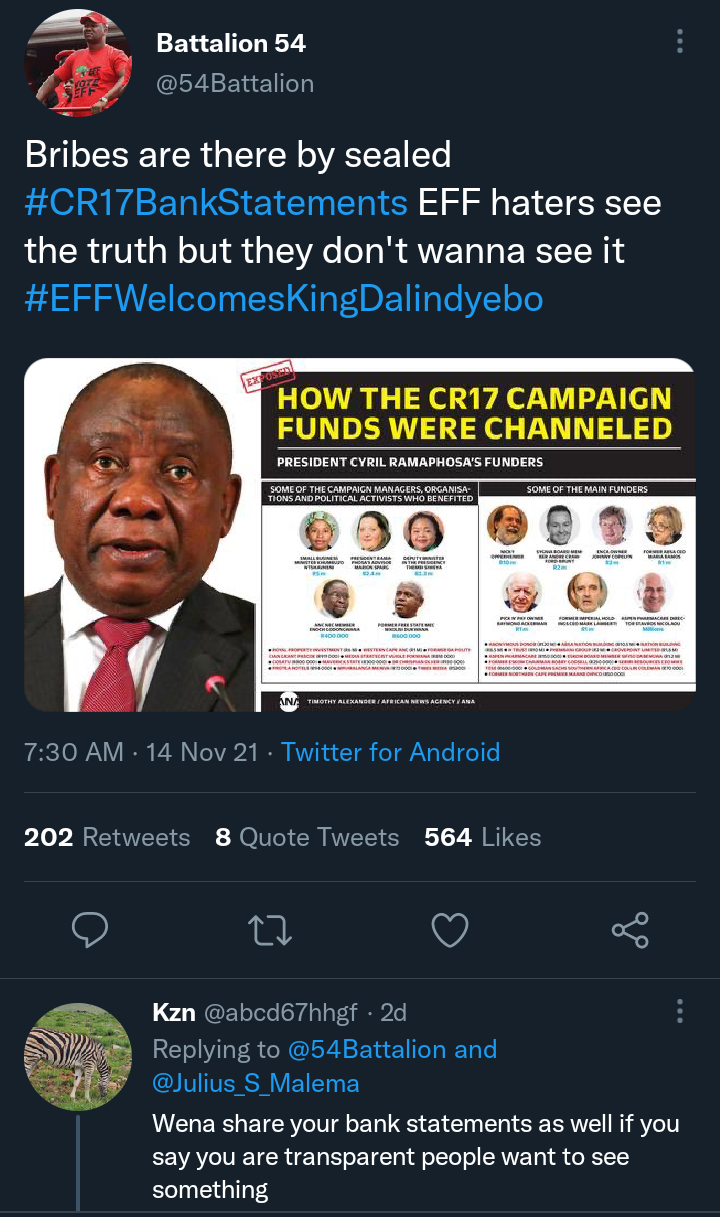 Another South African today said that the country is being run like an animal farm where some are more equal than the others. He wrote on his Twitter handle, “White media can approach the courts and get Former President Jacob Zuma's files released. The same media is quiet about CR17 Bank Statements, and the courts block any move to have them released. Animal farm, this country”. Nevertheless, some people believe that the bank statements will be unsealed immediately president Cyril Ramaphosa leaves office and the Judiciary is not accountable to him anymore.