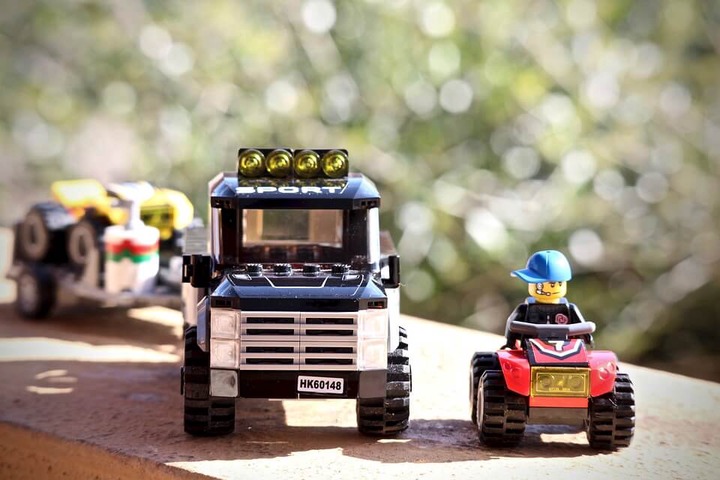 Based in Recanati, Italy, this European toy company has been in business for almost 60 years and exports its products to over 80 companies. Clementoni makes toys for children aged 0 months to 12 years and older, including baby toys, educational games, scientific games, tablets, and more. The company’s toys are designed to help children develop skills in the areas of logic and observation abilities, manual skills and tactile perception, creativity and imagination, memory, knowledge and understanding of the world, and hearing perception. Clementoni is also famous for its line of puzzles, with numerous offerings for both children and adults. The majority of the company’s production is done in Recanati, where its main factory is located.

Founded in 1980, Goliath Games is a family-owned company based in the Netherlands and with offices around the world. Goliath creates toys and games for both children and adults, including puzzles, arts and crafts, outdoor and activity toys, and novelties. The company also creates toys that reinforce child development, critical thinking, social skills, and curiosity. It’s among the world’s fastest-growing independent toy companies and one of the largest game manufacturers in North America.

Hasbro is one of the largest toy manufacturers in Europe and the producer of such childhood favorites as Tonka toys, Transformers, G.I. Joe, Play-Doh, Nerf balls, My Little Pony, and Mr. Potato Head. The company has a strong relationship with Disney, producing merchandise for properties such as Marvel, Star Wars, and Frozen along with many other DreamWorks features. Hasbro produces many different types of toys and games, including board and card games, role playing games, electric toys, puzzles, learning aids, and more.

Based in Billund, Denmark, LEGO is one of the most recognized toy manufacturers in the world and certainly one of the largest toy companies in Europe. Its products are sold in over 130 countries via its branches and subsidiaries throughout the world. The company frequently works in partnership with major players in the entertainment industry such as Minecraft, Disney (Marvel, Star Wars), and more. The company also creates products under the Lego Movie umbrella, including its Ninjago and Batman-themed products. The group operates approximately 200 retail outlets in Europe and the US, with over 18,000 employees across 15 countries.

Mattel has been one of the leading toy companies in Europe and the world for years, with perennial favorites such as Fisher-Price toys, Barbie and Polly Pocket dolls, American Girl dolls and books, Hot Wheels and Matchbox cars, and several Disney, Nickelodeon, and other licensed products. The company also sells toys based on Warner Bros. and Walt Disney properties, as well as arts and crafts (Roseart, MEGA BLOX), games (UNO), action figures, and puzzles. However, Mattel has seen its sales declining in recent years as its brands and markets in Europe and the US have matured.

The company launched a strategic growth plan in 2017 based on five pillars: 1) building brands; 2) driving market growth via digital; 3) strengthening its innovation pipeline; 4) restructuring; 5) shaking up its culture. Mattel operates in 35 locations and sells its products in over 150 countries worldwide.

With more than a century of business under its belt, this German manufacturer is one of the top toy companies in Europe. Ravensburger published its first game, “A Trip Around the World,” in 1884, and has since produced thousands of picture books, activity games, and instruction books for model building and art. Today, the company owns Swedish toy manufacturer BRIO and US toy manufacturer Thinkfun, and has a strategic investment in the US game start-up Wonder Forge. Ravensburger’s brands also include Carlit, F.X. Schmid, and Alga.

Thames & Kosmos operates with a focus on science educational materials, aiming to make the subject matter more engaging, effective, relevant, and fun for children. The company has produced over 250 science kits running the range from simple and inexpensive to complex kits that contain hundreds of experiments. These kits cover a variety of topics, including chemistry, alternative energy, robotics, astronomy, and much more. In recent years, Thames & Kosmos also added a selection of German-style board games to its catalog.

Tokyo-based Tomy is one of Japan’s largest toy companies and the fifth-largest toy manufacturer in the world. Tomy has been manufacturing toys since 1924, including the ever-popular Pokémon franchise, the Microtecs toy line, and the Tomica series of miniature cars and other related fixtures. Today, Tomy holds the exclusive license for manufacturing toys and other products based on Disney characters for the Japanese market. Tomy has other licenses including those for the Star Wars, Thomas the Tank Engine, and the Teletubbies. The company is operating in Japan and the US through a distribution partnership with Hasbro.

From cordless phones to electronic learning toys and hospitality products, Vtech offers a range of products and services across Europe and the US. The company has become a global leader in the electronic learning toys business and is also a leading provider of sought-after contract manufacturing services. Headquartered in Hong Kong with manufacturing facilities in China and Malaysia, Vtech has over 26,000 employees in 14 countries and regions, with R&D centers around the world. The company generates the majority of its revenue from Europe and North America, manufacturing toys for children from infancy through toddler and preschool globally. Vtech acquired LeapFrog Enterprises for $72 million in 2016.

1. Future Trends of the Toy Market in Europe

The comprehensive range of toys present in the toy market in Europe includes entertainment and educational toys, which teach and reinforce STEAM skills among children. STEAM toys are one of the fastest-growing categories in both the global toys market and the toys market in Europe. These toys are designed to teach coding, logical skills, analytical skills, language, and advanced scientific and mathematics concepts.

Toys offered by major toy companies in Europe are growing more customized and can be operated through smartphones, helping children improve skills through play. Consequently, a range of toy companies in Europe and across the world are launching a variety of toys that are equipped with advanced technologies. These factors are all set to drive the sales growth of STEAM toys, contributing to the overall growth of the toys market in Europe.