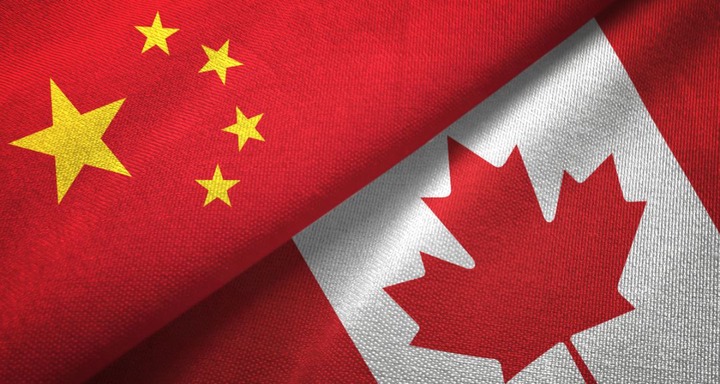 Canadian firms must seize the opportunity to take advantage of the sustained economic rise of China. [Photo/Agencies]

Canadian firms must seize the opportunity to take advantage of the sustained economic rise of China, according to Dominic Barton, Canada's ambassador in Beijing.

Barton made the comments at a seminar on China's 14th Five-Year Plan (2021-25) hosted by the Canada China Business Council on Tuesday.

With the plan, a road map of China's economic goals over the coming years, the country has established a new vision for economic growth.

The government will shift its focus from maximizing economic growth to ensuring a sustainable, high-quality expansion that improves the quality of life for the average citizen. This is seen as presenting opportunities, as well as risks, for Canadian businesses operating in or with the Chinese economy.

With a legal case in Canada involving Huawei Technologies executive Meng Wanzhou now resolved, experts on Canada-China business ties said that resolution likely has elicited a sigh of relief from companies that do business with China.

"As we all know, the last couple of years have been very challenging in our bilateral relations between Canada and China," Barton said. "Even as Canada modernizes its relationship with China and develops a more strategic approach, it remains that China is Canada's second-largest trading partner and an important market for Canadian businesses."

Observers have said that no matter how much political and popular outrage was stirred up by Meng's extradition case in both countries, Canadian businesses simply cannot afford to cut ties with China.

The envoy also said that Canada has big advantages in sectors such as agri-food, education and consumer products to tap into the Chinese market.

Despite the COVID-19 pandemic and the bilateral challenges, Canada's exports to China increased 8.1 percent to C$25.2 billion ($19.79 billion) in 2020, while Canada's overall exports decreased by about 12 percent.

Figures for the first seven months of 2021 show even stronger year-on-year growth, with record growth of 19.4 percent for Canadian exports to China.

Cong Peiwu, China's ambassador to Canada, said it is important that people take a closer look at the fruitful results of China-Canada cooperation through the "microscope for the times".

"I encourage the Canadian business circle to actively participate in the field of green development."

Andrew Polk, co-founder and head of Economic Research at Trivium China, said Canada is at a critical inflection point.

China's new five-year plan is now firmly shifting to quality-of-life issues. Canadian businesses need to know about, and fit into, the key themes in the plan so that they can compete in the Chinese market, according to Polk.

"The big question is what the Canadian government and Canadian businesses will think about to invest in that relationship," said Polk.