Gauteng is a market for copper wires that have been stolen: Hawks

The market for stolen copper cables is in Gauteng. They are imported from other provinces and neighboring countries, melted at a refinery and then transported worldwide. According to Major-General Ebrahim Kadwa, the Hawks' Gauteng Commander. 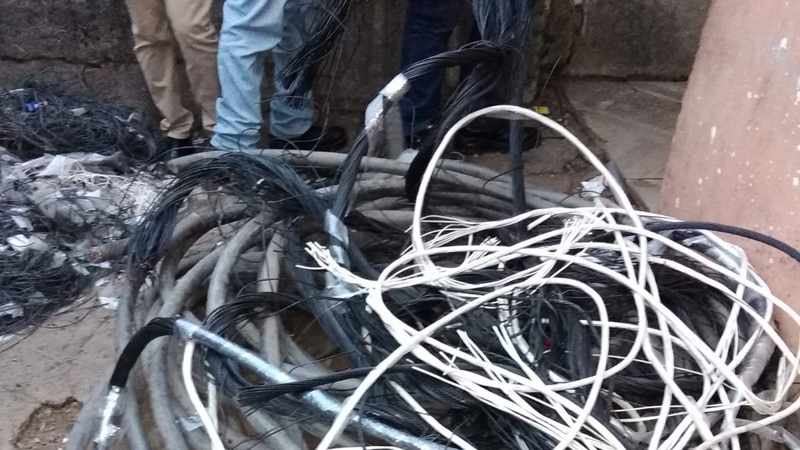 He was speaking at Johannesburg's inaugural Energy Indaba in Sandton on the second and final day.

He claims that Gauteng is the epicenter of the profitable trade in stolen copper cables and that some huge corporations may avoid punishment by paying enormous sums of money to the authorities.

"The Hawks are sitting on a number of cases at a very high level where we are dealing with, truly the top rung of the second-hand Goods Recycling Industry, and paying these large penalties of R7-million to R10-million to SARS or the courts is done in the blink of an eye," says the spokesperson. This is an unavoidable cost of conducting business. The profit margins for these illicit organizations are so large that paying this is irrelevant."

He claims that the unquenchable need for copper, as well as the high prices it attracts, are fueling network damage and sabotage. Many of South Africa's main towns have been plunged into darkness due to the destruction of energy infrastructure, including the theft of copper wires.

"The majority of copper is sold on overseas markets. Export licenses have been carefully regulated by the International Trade and Administration Commission. The bad guy, on the other hand, is working with cooperating shipping firms to modify the customs declaration code and pass it off as scrap metal rather than copper goods."

Security guards and workers of Eskom and City Power, according to Kadwa, are also complicit in the damage of the energy network by these criminal syndicates. He adds that they've discovered that State-Owned Enterprises are unable to positively identify their stolen infrastructure, which makes prosecuting culprits difficult.

"I'm sure others believed this would have to go in terms of rethinking how we might enhance product identification," says the author.

However, Johannesburg's City Power claims it is already working on it.

"We're also considering the Micro dot for spraying into our network, as well as RFID, which will allow us to follow our devices once they've been uprooted and moved." Sergeant Thela, City Power's General Manager for Security, adds, "That would be part of our research and development strategy."

The Essential Infrastructure Task Team was established earlier this month to examine tampering and damage to infrastructure connected to electricity, water and sanitation, and transportation. It will include, among others, the Hawks, SAPS, and Joburg Metro Police.

MMC for Public Safety in Joburg According to David Tembe, around 200 JMPD officers have been assigned to this Task Team.

"They're just interested in dealing with cable theft." There will be extensive training, including, of course, the use of force in an appropriate manner. We will use force if necessary, as you can see since they are willing to kill. We will do all it takes to preserve our infrastructure."

On Tuesday, the two-day Energy Indaba came to an end.