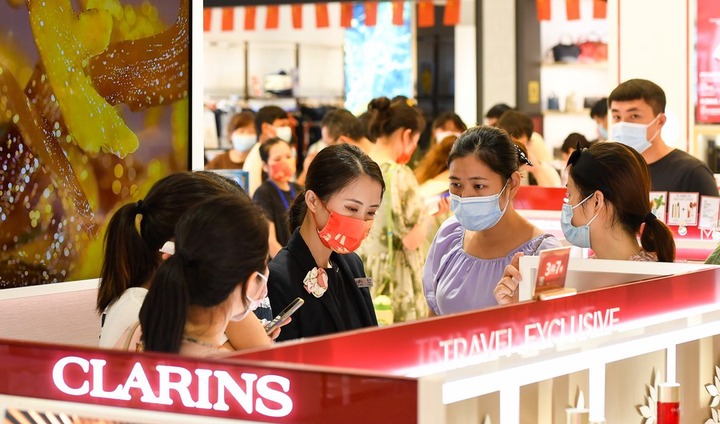 China's economic recovery is expected to regain momentum in the last quarter of the year as monetary supports strengthen and are set to alleviate the cost pressures smaller firms are experiencing and bolster credit expansion, experts said on Friday.

"Policy measures to reinforce credit growth will likely be rolled out and alleviate downside economic pressure, which will combine with the easing of transitory disruptions to help the economy gain firmer footing in the fourth quarter," said Chen Xing, the chief macroeconomic analyst at Zhongtai Securities.

Chen said the window for China to ease monetary policy may not close until the United States Federal Reserve raises key interest rates. The more accommodating monetary situation will lower financing burdens on private, smaller firms, alleviate the intensified pressure on them from costs and help stabilize employment.

Chinese manufacturers experienced a widespread rise in purchasing costs last month, according to the National Bureau of Statistics. In addition, more than 40 percent of the small manufacturers surveyed by the NBS said they faced multiple difficulties, including tight cash flow and high raw material costs.

Amid slowing production and demand levels, last month the manufacturing sector saw its first contraction since February 2020, as indicated by the official purchasing managers index, which edged down to 49.6 in September from 50.1 in August, the NBS said on Thursday.

Separately, Caixin media group's PMI figure for September stood at 50, up from 49.2 in August, but was its second-lowest figure in 17 months.

Wang said the People's Bank of China, the central bank, is expected to roll out structural policy tools to boost green loans and may even cut the reserve requirement ratio again in the fourth quarter, as it did in July. Such reductions in the RRR, the proportion of funds that banks are required to hold in reserve, are conducive to lowering market interest rates.

"Lending and social financing growth rates will slightly recover in the fourth quarter. This will support stabilizing economic growth in the late part of the year and the beginning of 2022," Wang said.

Experts said other factors will also support fourth-quarter economic expansion, including faster fiscal spending and infrastructure investment, and the recovery of consumer spending as local COVID-19 cases are brought under control.

As offline purchasing and infrastructure investment counter downside pressure, the Chinese economy is expected to grow 4 percent year-on-year in the fourth quarter and 5.2 percent on a two-year average basis, compared with 5 percent in the third quarter, according to a Bank of China report.

If You Possess These 7 Rare Qualities, You Are Very Intelligent and Unique

Breaking news|Gauteng may be hit by covid 19 fourth wave, see when

Once upon a time in Zimbabwe: Opinion